Snails At The Fight Club

Every time I watch one of those “How The Universe Works” shows, I find it completely irrelevant whether I ever do the dishes or laundry again…ever. 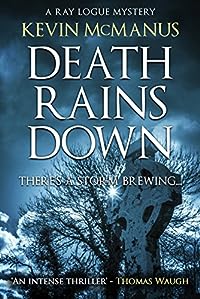 Detective Ray Logue is a maverick.

He is stationed in Superintendent Jim Mulcahy’s police department, having never quite got over the death of his wife 8 years earlier.

Logue is now a hard-drinking and damaged cop, a loose cannon, a thorn in Mulcahy’s side, apt to take the law into his own hands – but he always gets results.

So when faced with the murder of an attractive Polish girl in Port Ard, Co Mayo during the week before Halloween and the subsequent chain of killings that follow, Logue stubbornly refuses to let go even when his Super takes him off the case.

Why on earth, Logue asks himself at the outset, would anyone want to kill Anna Pawalowski, a beautiful estate agent while she was out on a viewing?

And why did the mutilated body of her Polish boyfriend then end up being washed up on the shore?

Was she cheating on him? Did his love rival take revenge? Or are there much darker forces at play?

But as the body count begins to rise, Logue slowly senses he has stumbled into a sticky web of lies, cover-ups and deceit stretching from his own department all the way to the top level of political power.

From the law-enforcers to the law-makers, from respectable businessmen to Russian mobsters – a sinister hand is exercising an iron grip across the whole social order and woe betide any who dare to try to weaken it in any way.

In a world of corruption and double talk the only person Logue can trust is his sidekick, Detective Jack McGarry who pulls him back on track to bring whoever is responsible for the carnage to justice one way or another.

Logue, though, feels he has nothing more to lose and is hell bent on pursuing a malevolent force to the bitter end.

After a tumultuous showdown he believes he has been successful.

Set in Ireland at the peak of the Celtic Tiger era, Death Rains Down is a dark story of murder, organised crime and political corruption. 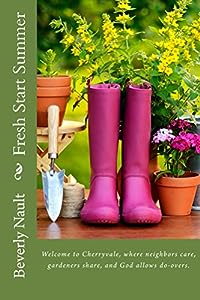 2014 Reader’s Favorite Award. Grace Harkins, a muffin-baking bike riding retired school teacher, can’t wait to be an extra for the movie filming in Cherryvale. But when her best friend, the outspoken Maggie Elmsley protests the “biz” invading their quiet hamlet, Grace must choose between her carefree retirement and keeping the peace. 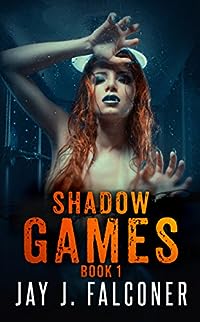 Humanity Will Change Forever, Because of One Girl…
15-year-old Emily Heart is a genetic freak.

But she wasn’t born that way. Someone made her.

Someone stole her life and erased everything she knew to be true.

Now a social outcast and on the run from deadly gangs, relentless cops, and a determined reporter, Emily wants her life back.

And she wants revenge. 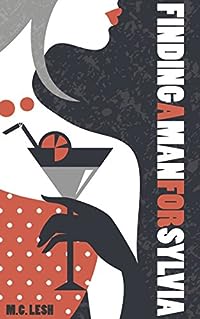 Finding A Man For Sylvia
by Margaret Lesh

Julia Hawthorne-Florez has the best of intentions, and everyone knows what the road to Hell is paved with. Her husband Javier accuses her of playing God with people’s lives, but Julia is simply a fool for love. (Or maybe just a fool?)

When lonely Sylvia moves in across the street, Julia is determined to find her match. But, of course, there are obstacles. Javier, for one, who’s forbidden any further matchmaking attempts on his well-intentioned wife’s part. And there’s the little matter of Sylvia being in love with a man who’s taken a vow of celibacy. 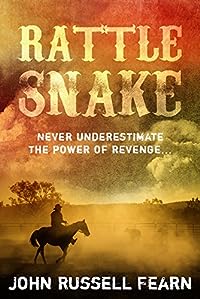 Len M’Guire, estranged son of Old Red M’Guire, is summoned to rejoin his father near the small frontier town of Red Gap.

It soon transpires that Red M’Guire has discovered gold in an old mine, and has sent his trusty sidekick, Baldy
Reegan, to Puma City to register his claim and bring Len back to share the glory.

However, Jeff Rattin, owner of the Black Diamond saloon, isn’t going to stand back and watch when there’s prospect of gold in Red Gap.

When Len and Reegan return, they are met with the news that Red M’Guire has been viciously murdered by Rattin, who is hell bent on claiming the gold for himself.

Already a man without a conscience, Rattin won’t think twice about killing anyone who stands in his way.

Fiercely protective of Fay Rodino, the brave and beautiful Black Diamond singer with her own agenda against Rattin, the two team up in their desire for justice

Aided by loyal Reegan and the beautiful Fay, Len begins the deadly fight for justice in Red Gap.

Can the friends work together to beat Rattin at his own game?

But with Fay’s hidden agenda can anyone be trusted?

And who will stake the final claim on the gold?