Discover a gripping new adult mystery and a unique crime solving duo by author Cristelle Comby. The first book in The Neve & Egan Cases introduces you to an unlikely duo in the annals of detective fiction – a blind professor and his student. Enjoy! 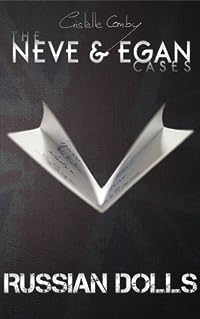 Neve and Egan are as different as they come. She’s restless, careless at times, and fearless when the need arises, while he’s almost the complete opposite: a deep thinker with an analytical mind, a highly rational and collected individual.

As they enter the violent world of the Russian mafia, they must overcome their differences and learn to work together. It’s their only chance if they want to survive. 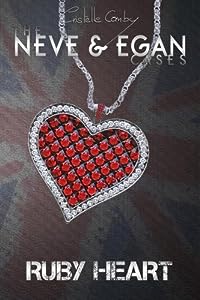 When elderly client Doris Hargrave informs private investigator Alexandra Neve that her beloved antique ruby heart necklace has gone missing for the second time in a period of over sixty years, Alexandra knows this is no ordinary jewellery theft. The ruby heart is a family heirloom and the only thing that connects an ailing Mrs Hargrave to her parents, who were murdered during the Holocaust.

To solve the case, Alexandra and her business partner, blind history professor Ashford Egan, must sift through obscure Holocaust documents to find out the truth. It’s that way that they learn of a secret World War II-era love affair which could hold the key to all the answers they are looking for. Meanwhile, Egan is under immense pressure from the university to quit his private investigating business, and Alexandra is afraid that a man she trusts will leave her. Again.

When Alexandra begins to receive anonymous threats and her flat is vandalised, this all becomes personal. Knowing that there is someone out there to hurt her, Alexandra vows to find that elusive ruby heart if it’s the last thing she ever does. 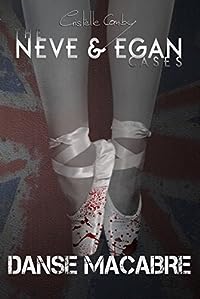 London, a few weeks before Christmas, and there’s a serial killer on the loose.

Private investigators Alexandra Neve and Ashford Egan are hired to succeed where the police have failed, to safely return home a missing ballerina. With no lead to pursue and no idea who could be behind the young woman’s kidnapping, they soon find themselves at a loss as to what to do.

To make matters worse, the heart of England seems to be caught in the middle of a little Ice Age. With snow endlessly falling and Tube lines either too cramped up to use or out of service, it is a pain to do any legwork in the huge metropolis.

Oh, and because trouble never comes alone, there may also be a serial killer on the loose in the streets of East London… 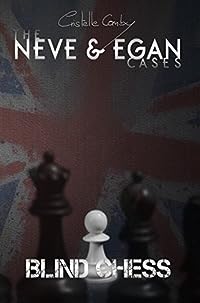 The most dangerous game of all is about to begin.

It is supposed to be Neve and Egan. Two partners, a team. What happens when a member of this team of Private Investigators is shot, prognosis unknown?

As Alexandra Neve lays comatose and defenceless, Ashford Egan must take on their enemy alone, and find the cagiest criminal Scotland Yard has seen in decades. Determined to succeed, Egan will stop at nothing. He’ll hit on married women, plant bugs, hire hitmen. And he’ll do it all blind, which makes things ten times as difficult.

Double-crossed by friends, convinced there is corruption in those sworn to uphold the law, Egan is forced to form unlikely alliances as he moves forward in a game that requires skills, nerves of steel, and a willingness to play against all odds.