Happy Star Wars Day!!! Please dress accordingly, but leave the light sabers at home. Joan in accounting still has nightmares about that little incident in the lunchroom. I thought it was a very efficient way to slice up a watermelon. 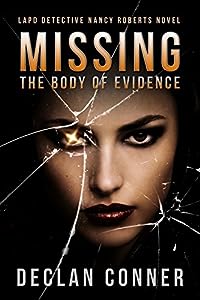 Missing: The Body of Evidence
by Declan Conner

Missing: The Body of Evidence is a gripping crime thriller. A story of secrets and deceptions, the power of the mind, and one woman’s determination to discover the truth

When rookie LAPD detective Nancy Roberts is called to the scene of a fire, the remnants of a body are discovered. CSI can’t be sure if it is the result of a suicide, accident, murder, or… Well… kind of something else.

Her own unconventional investigations point her in the direction of the something else, but they are curtailed when the CIA step in and declare the death an accident.

Under orders not to continue with the search for answers, threats to her life and those she holds dear force her in a race against time to solve the case. But will she avoid death long enough to uncover the truth behind the strange events? 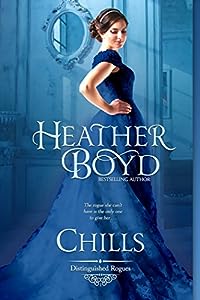 Jack, Marquess of Ettington, is at his wits’ end dealing with his twin sister’s distress. Under her name, he’s summoned Constance Grange, his vexing former ward, to London to act as his sister’s companion for the season. Although Pixie’s debt-ridden state comes as a complete surprise, what disturbs him more is his sister’s plan to find her a wealthy husband to pay off her overwhelming debts. And — despite his availability, wealth and title — he’s shocked to be overlooked for the position of Pixie’s husband.

With a nickname like Pixie, Constance Grange should be used to disasters, but debt collectors pounding on the Marquess of Ettington’s door demanding payment is beyond mortifying. Given the precarious state of her finances and the previously unknown loss of her family estate, her choices are either incarceration in debtors’ prison or turning fortune hunter to secure a wealthy husband. Yet the man who comes to her rescue more times than she cares to think about is unavailable, betrothed, and her former guardian Jack — the cold-hearted marquess. 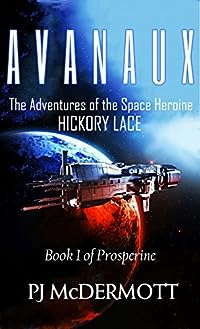 It’s been sixteen years since Hickory’s father abandoned her to pursue a career in the navy. When the Admiral suddenly reappears, asking her to lead a mission to the edge of the galaxy, her impulse is to say no. But since her forced demotion to a desk job several years back, the former Alien Corps commander has been desperate to get back into the field. She accepts the assignment.

Her first task is to check out a mystic called the Teacher on the strategically important world, Prosperine. The political situation there is volatile, and further destabilization could end Earth’s investment in the planet.

But Earth isn’t alone in their interest. The Non-Aligned Planets desperately need Prosperine’s resources for faster-than-light travel and have joined with the rebel army to get it. If they succeed, the next step in their plans for universal domination will be Earth’s destruction.

Hickory has one shot. First, she must banish the pain from her past and embrace the gifts she was born with. Only then will she have a chance to stop the aliens, discover what the Teacher is up to, and decide whether he is a fraud — or perhaps the very person the Corps was created to find. 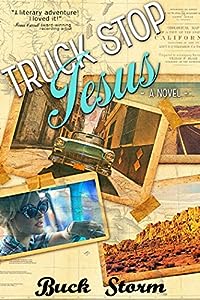 Oh, for a simpler time! Paradise Jones dreams of the Hollywood glamour days. Clothes, hair, vintage car–you name it, she’s got it. She’s classic retro, a 21st-century image of her favorite Golden Era stars–Doris, Audrey, Esther, Marilyn. The entertainment rags call Paradise eccentric. The studios rarely call at all. When an altercation with her leering stepfather forces her to flee Los Angeles, Paradise leaves behind everything she loves and longs for.

A few hundred miles east, Doc Morales’ years of hard work in the minors of Major League Baseball have produced exactly one at bat in the Big Show. A collision at first, a blown knee, and adios dreams. Nothing left to live for but pick-up games and his collection of old movies. Nothing, that is, until beautiful, damaged Paradise Jones crashes into his small, Arizona town. So begins an epic road trip that will change everything.

Throw in a couple of oddball bounty hunters, a forgotten movie-star boat captain, a cowboy priest, and a dashboard Jesus that is more than meets the eye, and Paradise and Doc have all the ingredients they need to cook up a fun and quirky slice of Americana pie. 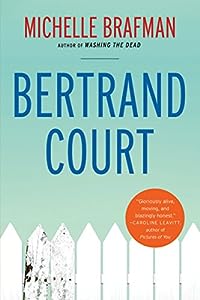 Bertrand Court is a captivating novel told in story form, intertwining seventeen luminous narratives about the secrets of a cast of politicos, filmmakers, and housewives, all tied to a suburban Washington, DC, cul-de-sac. Linked through bloodlines and grocery lines, they respond to life’s bruises by grabbing power, sex, or the family silver. As they atone and forgive, they unmask the love and truth that hop white picket fences.