Catch The Bus To Crazy Town

I think I am more excited about the last day of school then baby bassets are. For some reason I have it in my head that we will be having this fantastic dreamy summer vacation filled with trips to the beach, swimming and warm nights playing with glow sticks. Magically the baby bassets will stop bickering with each other and they will actually clean their rooms when told. I am not sure where these delusions came from or why I believe in them so strongly, but I am going to ride this wave for as long as possible. 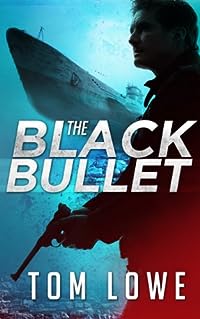 Glenda Lawson believes her husband was the only U.S. serviceman shot and killed on American soil during World War II. But in 1945, investigators ruled that Billy Lawson died in a “mugging turned ugly.”

Sean O’Brien is learning the ropes of commercial fishing when he gets his anchor caught on something underwater. He discovers a German U-boat partially buried in sand, and inside is a frightening cargo. The media pick up the story, and a 35-year-old woman who has a haunting tale, visits O’Brien. Her grandfather, Billy Lawson, was fishing one night on a Florida beach when he saw something very disturbing.

THE BLACK BULLET is a thriller that combines an unsolved murder from 1945 to a modern-day discovery connected to America’s entry into nuclear weapons, the Manhattan Project.

The last thing Sean O’Brien wants is to investigate a sixty-seven-year-old murder. But Billy Lawson’s granddaughter and his cancer-stricken widow are desperate for closure. For O’Brien to bring it to them he has to pry the lid off a secret buried with the Manhattan Project. It’s information that got Billy Lawson killed, and O’Brien soon learns the old murder and his new discovery at the bottom of the sea are inextricably knotted. O’Brien is thrust into a world where nothing is as it appears, and everything is riding on a secret Billy Lawson took to his grave. 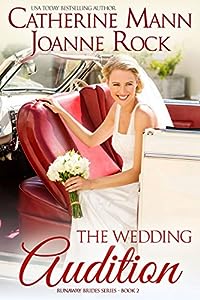 The tabloids call her the Hit and Run Bride after reality show star Annamae Jessup walked out on Atlanta’s favorite baseball player on cable television. Eager to escape her notoriety, Annamae takes a road trip to find the grandmother she’s never met and winds up discovering a whole lot more than a band of back woods relatives. There’s no escape from reality TV, even in Beulah, Alabama, population 3000.

The last thing Wynn Rafferty needs in his new life is a spoiled television princess who can’t even know his real name. He’s in temporary witness protection as an apple farmer after his undercover work put his life in danger. He needs to lay low until the heat dies down from his last case — even if he sucks at growing apples as badly as he sucks at relationships. But Annamae turns his new town into a media circus, unwittingly threatening the lives of him, her and most of Beulah. Wynn is an expert at keeping the world at arm’s length, but when it comes to Annamae, the only way he can keep her safe is to keep her very, very close. 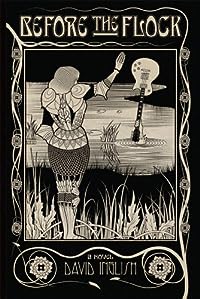 Before the Flock
by David Inglish

Vivid, funny, dark and accurate, BEFORE THE FLOCK paints a piercingly insightful portrait of youthful energy and talent as it careens carelessly into the waiting jaws of the entertainment business. 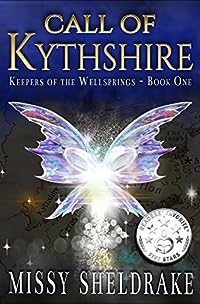 Inspired by books like the Harry Potter Series, the Chronicles of Narnia, and the works of Brian Froud and Jim Henson, Sheldrake hopes to capture the imaginations of readers of all ages with her Keepers of the Wellsprings series.

Azaeli Hammerfel has grown up in the guild hall of His Majesty’s Elite in the peaceful kingdom of Cerion, training hard and dreaming of the day she will finally become a squire and ride out with her parents, both knights, on the King’s Quest. Her dream comes true when she earns the right in her sixteenth year, but her name is left off the quest declaration and her parents and their guild ride off without her.

When tragedy befalls the Elite on their quest, Azi must band with her best friend Rian, a Mage Apprentice, to discover the source of a mysterious curse. They’re joined by an unlikely companion: a colorful fairy named Flit. The fairy claims she is from Kythshire, a mysterious and legendary land of Fae closed off from the outside and cloaked in secrets.

Together, the group seeks to unravel a Sorcerous plot which threatens both the existence of Kythshire, and the peace the kingdom of Cerion holds dear.

Call of Kythshire is a tale of love and friendship, the value of family, and the fight between light and dark. It is a journey of failure and redemption. It is a clean read, free of sex and gratuitous violence, with a strong female lead. 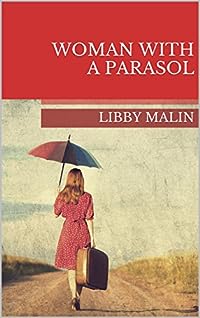 Woman with a Parasol
by Libby Malin

For many years I’ve had a beef with Leo Tolstoy. In Anna Karenina, he’d written: “Happy families are all alike; every unhappy family is unhappy in its own way.”

Why hadn’t I been able to make those sacrifices for my own marriage?

A story that explores the depths of maternal love…
When Toni (Antoinette) cons her reluctant thirty-two-year-old daughter, Belle Norton, into accompanying her on a trip to France, mother and daughter spar about everything from how Belle dresses to her favorite painter, Monet. As they fight and make up over and over again, Belle comes to realize Toni has lured her on this journey to reveal an old secret that threatens to shake her world. To add to her stress, Belle deals with her own motherhood issues as she stays in touch with teen daughter Alyson, who is unhappy over Belle’s plans to divorce Alyson’s dad, Max. Mother and daughter, daughter and mother make their way through the gardens of their own love stories, encountering thorns that prick and beauty that enriches beyond measure.

Award-winning author Libby Malin has penned a funny, sweet story that holds at its core an age-old mystery: What is the depth of a mother’s love?