Yesterday was certainly a lot more promising than the past few days. My trio of fuzzy pigs just might have a chance to be best friends. I secured off the front entry way of my house, and filled it with hay and tons of treats. Then I released all three guinea pigs in the pen at once. There was a bit of strutting and nipping, but nothing too crazy. Mostly they were happy to enjoy all the treats. Makes sense to me. If you put me in a room with a bunch of people I don’t know, but I have unlimited cake, I would be quite content. Although if you put me in a room full of people who really hate me I would need very high quality cake, but still I would be happy. Weird thought though. Why would there be a room full of people who hate me? Could the number of people who hate me fill a room? And if they hated me so much, why would they let me have cake knowing I love cake. The crazy thing is that situation has actually happened to someone somewhere. 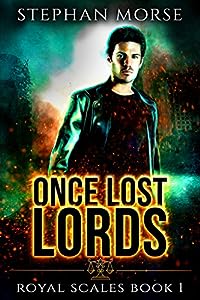 A part-time enforcer, all Jay cared about was those closest to him and a job that let him hit people. That was before a betrayal sent him packing. Four years later he’s back, but his former boss thinks he lost his edge. Reduced to proving himself, he’s thrown a straightforward task: collect on an overdue debt from some elf.

As if life was ever that simple. With a vampire ex-girlfriend out for blood and a friend caught up in something dangerous, he has his work cut out for him. Jay always thought he was human, but his search for the elf raises questions that threaten his identity. 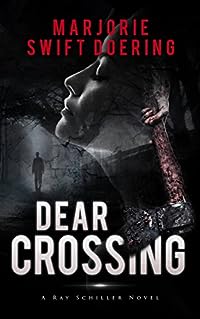 The wife of a prominent Minneapolis executive is found dead in the couple’s secluded summer home. Not just dead — murdered. The crime scene is uglier than most.

Put in charge of the case, Ray Schiller of the Widmer, Minnesota P.D. follows the evidence directly to the Twin Cities and the new widower. Unraveling Paul Davis’s carefully guarded personal life threatens the executive’s bid for the imminent opening for the presidency of ACC, the prestigious corporation founded and run by his father-in-law.

Ray’s tenacity turns up more suspects, but with lethal results. Their greed, ambition and loathing erupt in deadly in-fighting. Just as it seems the case is about to come to a sudden, unpredictable end, a shooting incident lands Ray in a situation, which could destroy his marriage as well as his law enforcement career.

Ray battles back only to learn the devil is in the details, and the details aren’t what anyone expected. 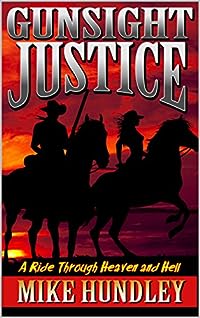 This book was previously published as “The Silver Saddle.”

Patriots! There are times when a man must stand up for the things he believes in. There are times when he must holster a gun and ride out to right a wrong — at times, a man has to demand GUNSIGHT JUSTICE! This is the new action-packed acclaimed Western saga, a full storied novel from Mike Hundley.

After the Civil War, Will Garrison takes his family west. Together they build a ranch and battle powerful Indian tribes who have hunted the lands for centuries. A peace feather is offered after a climactic battle. With the Indian tribes and the Garrisons now walking a path of peace, a new threat has emerged… the railroad. Greedy government-backed killers plan to annihilate everyone and claim the land they need to expand their rail lines north across Colorado and into Utah. Their vile, sinister plan is revealed after many fights.

Will Garrison’s son, Gabe, fights back and unleashes his pent-up vengeance against the railroad and kills one of their hired mercenaries. A destined meeting of chance leaves him rescuing a bloodied woman and falling hopelessly in love with the dark beauty. May is a brave woman who fights to guard a secret of her own. Together they flee to ancient trails, and as paid assassins track them, it becomes a long vengeance trail of dead men. When May reveals her deadly secret, Gabe finds himself at war with the railroad, an evil killer, and with everything he ever knew. He knows it’s time for GUNSIGHT JUSTICE!

This is the action-packed Western that will remind you that freedom is something you must always fight for. Good battles evil as epic conflicts become climatic love scenes, and you find yourself breathlessly riding a trail of danger, deceit and passion with Mike Hundley in this Western that leaves no bullet unfired, no emotion untouched, and no reader left behind. 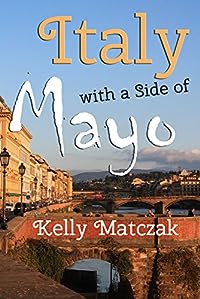 Italy with a Side of Mayo
by Kelly Matczak, Caitlin Cantrell, Jason Kisielewski

Katie is overdue for a vacation. She is ready to peel out of her work parking lot and joyfully lose all the tread on her tires while doing so. Join her for an unforgettable trip to Italy with some equally spirited women. Explore the art of consuming gelato and wine while laughing your way through Italy. 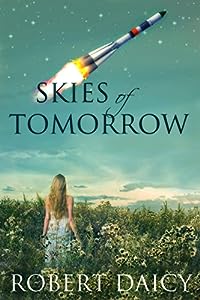 Skies of Tomorrow
by Robert Daicy

What would happen if you left your family for over eight years, but you only aged a year-and-a-half?

Such is the plight of astronaut Hugh Goodwin in Skies of Tomorrow. As the most decorated astronaut at the International Space Exploration Department, it falls to Hugh to captain a mission to see if Osiris is a planet capable of sustaining human life since the Earth’s rotation is slowing and violent storms and devastating earthquakes are becoming more common.

Knowing that he will be gone for over eight years gives Hugh second thoughts, since he has a wife and two young children, but his sense of duty forces him to agree to the mission. There’s something else that makes the mission intimidating, however: time dilation. The faster one moves through space, the slower time is relative to that person and Hugh and his team will be the first to experience it.

Going at nearly the speed of light, Hugh must prepare himself for the fact that his four-year-old daughter, Emma, will be thirteen when he returns and that his son, Stephen, will be in college. Due to stasis pods, the journey will only feel like several months, but when Hugh returns, his wife Angela will be ten years older than him and he will look nearly the same as when he left.

Skies of Tomorrow is about a trip to the stars, but more so, it’s about how a man returns to a world that has become alien to him and how he must find his place in it once more despite all that’s changed. Interpersonal relationships between family are explored and how one man’s guilt can be felt by all across time and star systems.