I am completely mesmerized by all the crazy activity happening in my backyard. There are quite a few birds busy gathering materials and making nests. I am not sure if I am watching a mating dance or a fight over territory, but either way it is very impressive. I would love to put out birdseed, but it always makes such a mess and attracts rats. Although I already have a chicken coop filled with birdseed that could feed a whole rat army, so I don’t see how one more feeder could make a huge difference. I think I will dust off the humming bird feeder and give that a try again. Last year I had one, and I was hoping to attract a bunch of humming birds. Instead I got one VERY territorial one who chased everyone away. Who knew such a cute tiny thing could be so aggressive 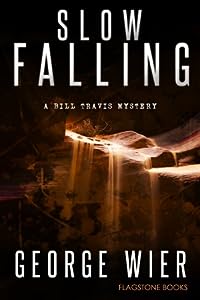 When the old man who is covered in dirt walks into the country honky-tonk and says “The Falling”, right before dropping dead, Bill Travis has to penetrate the gathering dark cloak of secrecy surrounding his death and get to the truth before a team of nuclear regulators can rake the entire incident under the carpet. Bill, with his former partner, Hank Sterling, who has now been “recalled to life”, must make a mad dash across the desolate West Texas landscape to save the life of Moe Keithley, a Harley-riding bankruptcy lawyer who is in over his head and may very well be the most radioactive man in the Northern Hemisphere. 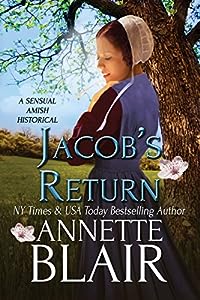 Jacob Sauder abandons his Amish heritage when the woman he loves, Rachel Zook, agrees to marry his brother, Simon. Though Jacob adapts to the ways of the “English,” even fathering twins, he remains an outsider. When the mother of his twins dies, Jacob knows only one way to raise them – the Amish way. He brings them home to the community he vowed to leave forever. For his children he can do anything, even see, Rachel, the woman he loves married to his brother.

Years ago, Simon lied to ensure a future with Rachel as his wife. Now Rachel is barren, a disappointment. Unaware of the lie Simon told to drive Jacob away, Rachel believes Jacob abandoned her when he left. Shocked when he returns with two-year-old twins, Rachel knows there can be nothing between them, for marriage is a life-long commitment. But the twins need a mother and Rachel loves children. As she cares for Aaron and Emma, as if they were her own, her feelings for Jacob deepen into a love that cannot be.

Jacob’s Return is the story of a prodigal son, a forbidden love, and a fanatical preacher. As shocking as it is compelling, it is both uplifting and unforgettable. A universal story of love and faith in impossible circumstances. 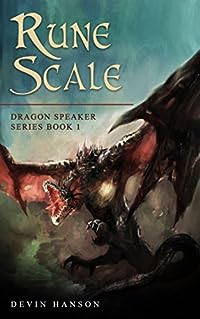 Rune Scale is set in a world ruled by dragons. Humans survive by their wits and through the use of alchemy, a mysterious magic possessively controlled by the secretive Alchemists Guild.

Andrew Condign is an ordinary man with dreams of a better world, where humans can live without the constant fear of dragon attacks. In pursuit of this goal, Andrew finds himself in a race against time as he scrounges for scraps of knowledge and sets out on the most dangerous quest imaginable. 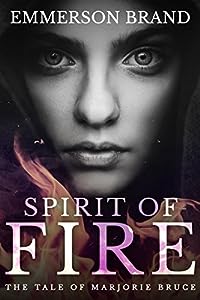 Spirit of Fire: The Tale of Marjorie Bruce
by Emmerson Brand

Marjorie Bruce, newly-crowned Princess of Scotland and daughter of feared Scottish warrior King Robert the Bruce, is about to witness the English invasion into Scottish territory.

After the English military ambushes Marjorie and her stepmother, they take them to England. It is up to Archibald Douglas – one of the King’s men – to return Marjorie to her father without harm. With the help of friends along the way, Marjorie trains to become the finest warrior Scotland has ever seen.

She also learns secrets about her father’s legitimacy to the crown. Marjorie is about to find out what it means to be Scottish, and how important she is to the survival of the Scottish crown. But first, she needs to survive the war, and that will take all the courage and soldiers she can get. 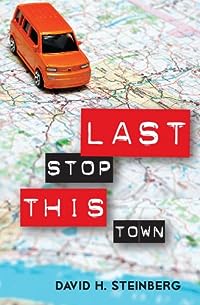 The debut novel from “American Pie” series screenwriter David H. Steinberg. It’s the last weekend before high school graduation, and as they prepare to go their separate ways, four life-long friends spend a wild and raucous night in New York City that forces them to face their fear of growing up… and growing apart.

West Hartford, Connecticut. Growing up in the suburbs is a mind-numbingly boring experience for most teenagers, and high school seniors Dylan, Noah, Pike, and Walker are no exception. They spend their days testing how fast they can drive on the local residential streets, bribing homeless dudes to buy them beer, and attending crappy house parties. So when Dylan proposes that they spend their last weekend of high school in New York City attending an underground rave, the guys are ready to make some serious memories.

In New York, though, the guys have run-ins with a drug dealer with a penchant for fire extinguishers, a Chinese restaurant owner with a score to settle, an Albanian street gang, con men, hookers, performance artists, and a gaggle of hot, degenerate, rich girls. Over the course of one incredible night, their outrageous journey gives the guys a bonding experience they’ll never forget, as they learn that part of growing up means they’re going to have to face their futures on their own.