Everyone is making things out of unicorns these days. Drinks, nail polish, burgers. If we ever actually found one of these awesome creatures I am so sure it would be murdered within an hour.

Sometimes the road love takes a detour…
It’s been 10 years since Wren’s parents were killed in a car accident, leaving her and her brother behind. Wren’s life has been spiraling downward ever since. She’s trapped in an abusive marriage, her career as an artist has never had a chance to flourish, and all of her hope is gone. If she doesn’t break away from all that’s dragging her down, she’s afraid she’ll never escape it. 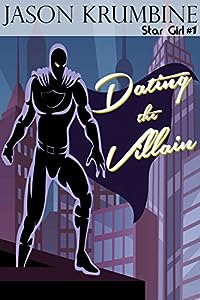 When a new villain tears into Century City, Star Girl finds her heart unexpectedly torn between the good man she knows she loves and the bad boy she finds herself irresistibly attracted to. 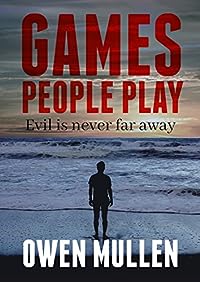 Thirteen-month-old Lily Hamilton is abducted from Ayr beach in Scotland while her parents are just yards away.

Three days later the distraught father turns up at private investigator Charlie Cameron’s office. Mark Hamilton believes he knows who has stolen his daughter. And why.

Against his better judgment Charlie gets involved in the case and when more bodies are discovered the awful truth dawns: there is a serial killer whose work has gone undetected for decades.

Is baby Lily the latest victim of a madman?

For Charlie it’s too late, he can’t let go.

His demons won’t let him. 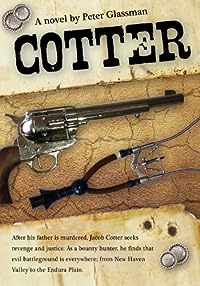 Cotter
Jacob Cotter survives the Civil War to finish Yale Medical School and confront two more battlefronts-one in Connecticut as a medical student and one in Texas as a surgeon. In 1868 Cotter is financially solvent for Yale from banking two-year’s worth of bounty hunter money. Post-Civil War medicine is exciting. Cotter experiences advances in anesthesia and antisepsis enabling surgery and medicine truly saving lives. He finds pseudoscience-phrenology-laughable. However, he must confront his siblings who disowned him after his father was killed in the war alongside him in 1864. His brother and sister want him dead.

After graduating Yale, Cotter finds private practice in Endura Texas with a colleague as also being under fire trying to establish the first hospital in the area. Cotter faces a ruthless land baron extorting and killing opposing citizenry. He also finds his father’s murderer part of the lethal lot. Dr. Cotter is forced to combine his stethoscope and his sixguns. 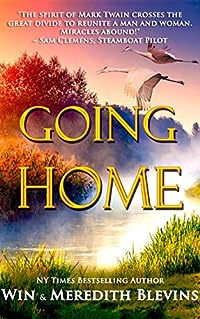 Could you give up all your ideas of ‘what’s possible’ to spend time with a loved one who has passed away? It would certainly be the ultimate adventure… From NY Times Bestselling authors, GOING HOME is a timeless story, with bursts of humor, about the power of love over death, spiritual renewal, and a family restored. When the spirit of Mark Twain arrives, bearing miracles and wisdom for a grieving man, he is asked to toss out everything he believes to create a new life. Will he take the leap?

Twain, and his particular brand of humor and deep wisdom, may be just the shake-up Lewis needs. Twain quotes himself, saying, “I think we never become really and genuinely our entire and honest selves until we are dead — and not then until we have been dead years and years. People ought to start dead, and they would be honest so much earlier.” Lewis recognizes the words. “That’s from your pages, Eruption!” And then Mark smiles.”This is going to work out very well.”

Lewis Evans, an award-winning writer from Twain’s hometown, has been blasted by the worst news he could get — his wife Sally has been killed in an auto accident. The next news is just as shocking. His idol Mark Twain comes calling to offer condolences and guidance. But how could it be the literary genius, and brilliant wise-cracker, gone from the earth for a century and a half?

The fellow announces that he is, indeed, the spirit of Twain and has been sent by Sally. He looks and sounds like Twain, and he knows things about Lewis, his wife, and their family that only Sally could have told him. But it’s impossible!

When Lewis puts his idea of what is possible on hold, the two men set off on a grand steamboat journey down the mighty Mississippi River, the river they both love and call home.

Lewis figures he will get to swap stories of years spent piloting the river, and of years spent lost and wandering the world. He is teased into thinking he might get a peek into the secrets of life and death from the storyteller he admires most. And, that he may get to see Sally one more time. Most of all, he will discover how he can live the rest of his life alone, yet in joy and love.

In a climactic scene, cradled in a hot spring in a Natchez Native American ceremony of renewed life, Lewis begins to understand this quest. He faces down hard truths and blazing light with the force of love… and all will carry him home.