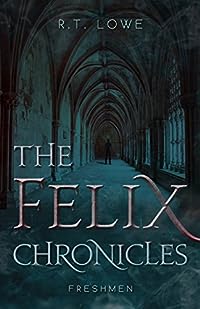 “Imagine if Voldemort was the Chosen One. A dark and wonderfully disturbing urban fantasy that sets a new standard for those seeking an epic adventure high on substance, grit and originality.”

Reeling from a terrible accident that claimed the lives of his parents, Felix arrives at Portland College hoping only to survive the experience. In time, however, with the help of his reality star roommate, and Allison, his friend from home, he immerses himself in the distractions of college life and gradually dares to believe he can put his past behind him.

But a fateful storm looms on the horizon: In the nearby woods, two hikers become the latest victims in a series of gruesome murders; a disfigured giant embarks on a vicious cross-country rampage, killing teenagers who fail his ‘test’; an ancient society of assassins tasked with eradicating the wielders of a mysterious source of power awakens after a long silence; and a grassroots movement emerges from the shadows to capture the public’s imagination, its hidden agenda as revolutionary and terrifying as the man who created it. Only one man — the school’s groundskeeper — knows that the seemingly unrelated events are connected, and that an eighteen-year-old boy stands in the center of the storm. 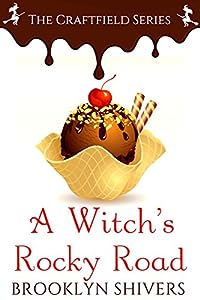 Lily Thomas runs an ice cream shop with her mom and believes her life is totally normal… until she has a nightmare. Thinking it was just a horrible dream, she brushes it off. Later, she has a vision of the same thing and freaks out when she can’t get hold of her mom.

Across town and stuck in traffic, she calls the cops to check on her mom. Sure enough, her mom’s dead. The problem is the cops think it’s an accident from a burglary. Lily’s intuition won’t leave her alone, and she decides to find the guilty party on her own.

Add in a busybody, a grumbling neighbor, aunt’s away on holiday in the Bahamas, a boyfriend acting weird and a new one showing up in town.
Lily’s got her hands full. But, the only thing on her mind is catching the killer and trying to figure out why she’s having visions with her eyes wide open and even when they’re shut.

A clean romance novella. This is the first volume of the “The CraftField Series”. It is a standalone. 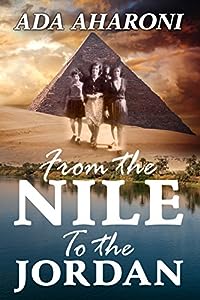 From the Nile to the Jordan: Second Enlarged Edition – January 2017
by Ada Aharoni

An astonishing historical period relived through a dramatic love story

From the Nile to the Jordan is a compelling and colorful historical novel that captures mid-twentieth century Egypt and Israel in marvelous detail. The novel tells the tragic events of the “Second Exodus” – the uprooting of the Jewish community from Egypt following the establishment of the Israeli state in 1948. By so doing, it brings an aspect of the Arab-Israeli Conflict that has not been touched upon: the forced emigration of Jews from Arab countries, aptly coined by Ada Aharoni – THE SECOND EXODUS.

A story never told before

Inbar is the beautiful daughter of a rich judge, member of Cairo’s Jewish community. When an historical storm threatens to destroy her future and that of her lover, a Holocaust survivor named Raoul, she sets out to Israel, in a passionate quest for love and fulfillment.

Based on true historical facts 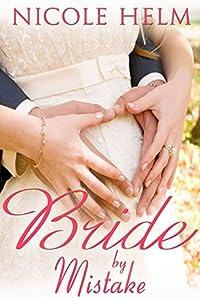 Wedding fever has hit the little town of Marietta…

And Kaitlin Shuller’s groom is marrying someone else.

Worst day ever. The man of her dreams is making vows to another woman. Her heart is broken, and all her carefully laid plans destroyed. Enter Beckett Larson, her older brother’s best friend and a very good bad decision.

Beckett has spent his life trying to outrun his bad reputation, but everyone already thinks the worst of him, so when Kaitlin offers herself to him — virginity and all — he just can’t say no.

But one night together has permanent consequences, and this time Beckett knows he can’t outrun his bad boy reputation. He’s determined to make Kaitlin his bride… even if he has to seduce her down the aisle. 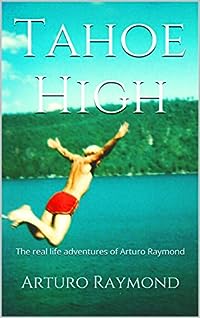 Anyone who grew up in the 1970s, or enjoys stories from that genre, will relish Tahoe High’s nostalgic “trip” back to a simpler time when kids made their own Halloween costumes, blew up mailboxes, built their own stereos with junk parts, experimented with mind-expanding drugs, and rebelled against authority. This was a time when kids had real freedom, used their imagination, and some amazing adventures. In this book, the author shares a few of his sometimes hair-raising and psychedelic infused escapades growing up in Lake Tahoe during the 70s, along with vintage photos, in a series of short stories that will have you laughing out loud or leave you absolutely speechless! So jump in Mr. Peabody’s way back machine, set the dial to the swinging 70s, and hold on for a wild ride you’ll never forget.