I wonder if it is possible to do a quick paint job on a room. I don’t want to do a huge paint project, just a quick one. I don’t want to spend all day repainting a room, I just want to take an hour or so. I am sure there isn’t. No matter how simple I try to make it, I am going to have to make my quick project into a four hour long event. My baby bassets rooms need a bit of a touch up and I have tried just doing little fixes, but not the whole room is spotted and it looks awful. It’s one of those items on my ToDo list that has been lingering there for months and months. Up until now I have been saying I need to wait for the weather to warm up, and now that it is warm, I have no excuses. I really like excuses. Maybe I should work on making more of those and not painting the rooms. Those are supper useful to have in your pocket. 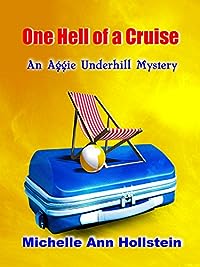 With bleach blonde hair piled on top, an oversized pocketbook to match every outfit and an insatiable appetite for snooping, the ever curious Ms. Aggie Underhill and her friends embark on an eight day cruise to the Mexican Riviera.

Aggie has the uncanny ability to stumble head-first into some great fiasco and this cruise is no exception. Come join Aggie in a fun-filled vacation where a kidnapping goes awry, several love affairs take place, jealousy rises, tempers flare and a passenger goes overboard. This is sure to be, One Hell of a Cruise. 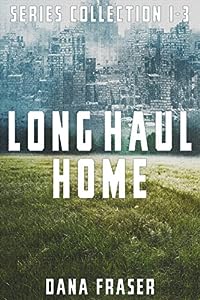 Only the Prepared Will Survive

This collection contains BLIND SPOT, DOWN SHIFT and DEAD HEAD (books 1-3), which combine to form a standalone novel in the Long Haul Home series.

Army veteran Cash Bishop chases little white lines around the South and Midwest, working as a long haul trucker to make ends meet until the homestead he is building with his mother and sister can support the family.

When a security breach at Hoover Dam takes all the U.S. hydroelectric power stations offline the day after a category five hurricane hits the Gulf of Mexico, cutting off electricity to millions and threatening an already compromised fuel supply, Cash figures it’s time to chase those white lines home to Tennessee.

By the time he hits Chicago, the lights are out across the country, throwing America into a new dark age in which only the strong and the prepared will survive.

More than two days go by before solar scientist Hannah Carter realizes that the power and communication systems have gone out across America.

Obtuse? No — her state-of-the-art research facility has all the power it needs and Hannah is elbows deep in a patent application.

When she does wake up to the New America, her first thought is of her teenage brother, Ellis — stuck on his own in a boarding school with similarly troubled boys.

To reach him, she’ll have to escape everything from riots to solitary killers on the road.

First she has to escape her employer.

The research company isn’t what she thought it was.

And the men in the shadows know her name.

After weeks of traveling dangerous roads, Cash Bishop is almost home. But other forces are converging on Dover, each with their own plans for Cash and those he is sworn to protect.

In a contest of who will live and who will die, sometimes you have to get lucky. 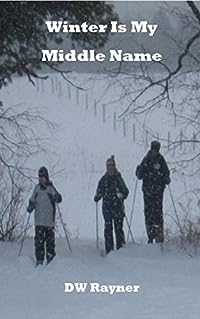 Join Danny and his friends as they have many misadventures in a southwestern Pennsylvania steel town during the late 1950s and early 60s. The story has many memorable and odd characters. It was a much simpler time; there were no cell phones, computers, or video games. People still gathered around the radio to listen to ‘Superman’ and ‘Fiber Magee and Molly’. If they were lucky enough to have a TV, it was black and white and all kitchen appliances were white. There was no Internet. The closest thing to Amazon was the Sears Catalog, where you could order anything from a toy train to a Craftsman House.
Sputnik, Echo, and who knows what were circling the earth. The local dump provided everything kids needed to keep them occupied. There were areas in town that still had outhouses. They were poor but didn’t know it. Kids could roam the neighborhood without any worries. Their parents would tell them “Come home when the streetlights come on.”
If you are looking for a book like ‘War and Peace’ or ‘Moby Dick’, then look somewhere else. This book is more like Jean Shepherd’s ‘A Christmas Story’; if it were a movie it would be rated ‘G’ for general audiences. Whether you are 12 or 112, I am sure you are going to enjoy this book as much as I enjoyed writing it. 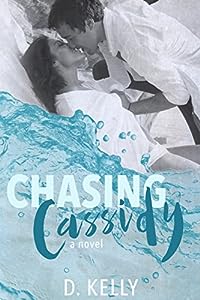 When Zachary Stafford first set eyes on Cassidy Pope she was being beaten by her father. After witnessing the traumatic event, he made it his mission to befriend her. As the years pass, their relationship evolves and Cassidy not only gives Zack her friendship but her love, as well.
Cassidy spent her childhood being verbally and physically abused. The best part of her life is her friendship with the Stafford twins, Zack and Rylee. Although she tries to put on a brave front, the years of abuse have turned Cassidy into a woman filled with insecurities who doesn’t believe she deserves love. Especially not the kind of love Zack has given her for the last twelve years.
On their wedding day, Cassidy’s insecurities get the best of her and she does the one thing she knows how to do well… she runs. Zack is devastated and when he discovers why Cassidy ran, his devastation becomes fury. Long ago, Zack made Cassidy a promise he fully intends to keep and sets off on a journey to bring her back into his arms where she belongs.
Will Zack and Cassidy get their happily ever after, or will Cassidy’s inner demons keep her from getting the only thing she ever wanted in this world? To be loved.
*Mature Content Warning* This book contains situations not intended for persons under the age of 18. Including, but not limited to – open door sex, cursing, and possible triggers.*

Do you believe in angels? In 1873 the town of Lone Pine, California came to believe in them. Lone Pine is the home of Mt. Whitney, highest mountain in the contiguous United States, towering some 14, 497 feet. The white granite range of the High Sierra has been around for several thousand years, its towering spires unique in North America. However, the first recorded climb to this peak was not until August 18th, 1873, when three local fishermen braved the lofty crags and reached its elusive summit.
Prior to that, there had been many attempts, but recorded history tells us those climbers who made the attempts never ended up on the right peak! Some of them did not return, and were never heard from again. Hundreds of peaks point skyward in this range of mountains, and though Mt. Whitney is the highest, it remained the most elusive for decades. But Indian legends tell of evil spirits that once made their abode atop this very mountain. From this great height it was believed that these dark forces planned their wicked strategies against our entire country. It was their mountain!
The Indian legends also foretold of a time when the evil would be no more; a time when men and women would freely hike the mountain and experience the wonder and exhilaration it could produce within one’s spirit. According to those legends, and according to an old diary found in the hills just west of Lone Pine, that time did arrive. It was in August of 1873, when the most powerful leader of the angelic host paid an unannounced visit to the town. After his Three Days in Lone Pine, the mountain, the birds and the animals… even the people, would never be the same…