I am a little sad I wasn’t invited to the party. I can hear the guinea pigs now running around, pop-corning, and all around having a blast. Tons of happy squeaks can be heard, but as soon as I go near the cage, they stop everything and stare at me. “No party here,” they say. If I have a bowl of treats they grab it and slam the door in my face. Not even a thanks. They may be the cutest little critters on the planet, but they are kinda jerks. I’m going to go see what the chickens are up to. 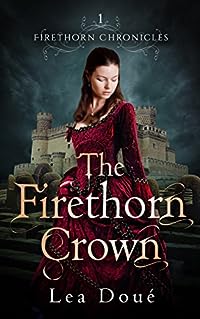 Princess Lily, the eldest of twelve sisters and heir to a mighty kingdom, desperately seeks a break from her mother’s matchmaking. Tradition forbids marriage with the man Lily loves, so she would rather rule alone than marry someone who only wants the crown.

Fleeing an overzealous suitor, Lily stumbles into a secret underground kingdom where she and her sisters encounter a mysterious sorcerer-prince and become entangled in a curse that threatens the safety of her family and her people. Lily can free them, but the price for freedom may be more than she’s willing to pay.

The Firethorn Crown, a re-imagining of The Twelve Dancing Princesses, is the first novel in The Firethorn Chronicles, a series inspired by fairy tales and other classic stories. Follow the sisters on their adventures in a land where sorcery is feared, women can rule, and dragons fly. 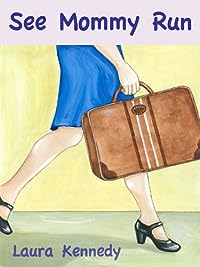 See Mommy Run is a humorous novel about Margie McDougal, a frazzled thirty-nine-year-old mother who wants to run away. Set in the 1980s, she endures a sub-zero marriage to Mike, Assistant Manager of Friendly Finance, as well as the impossible role of mother to fifteen-and-a-half-year-old Kim and fourteen-year-old Molly. Adding to her misery, is the job she loathes at Big Brother Insurance Company.

Life in the San Fernando Valley in Southern California is a soap opera. Kim and Molly skip school, smoke pot, and call each other bitch, while Mike loan sharks by day and guzzles Coors by night. Eventually a line is drawn across the matted shag carpet when Mike sides with the girls.

Pushed to her limit when Kim’s truancy draws the attention of the State Attorney’s Office, Margie flees to San Francisco and a new life. 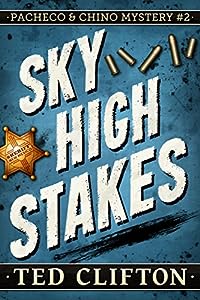 Murder and greed visit the high country…
Tired of spending his days fishing, Ray Pacheco takes on his second assignment with his partner Tyee Chino when the state Attorney General asks them to find out just what the hell is going on in Ruidoso, New Mexico. With the town’s sheriff in the hospital with a mysterious illness, acting sheriff Martin Marino is running rough-shod over everyone around him.

What seems like a simple assignment becomes more complicated when Marino is found dead, shot at close range while sitting in his patrol car on Main Street. The suspects include most of the town, from Dick Franklin, manager of Ruidoso Downs racetrack, to bar owner Tito Annoya, to members of the local law enforcement.

At the same time, Ray has an uneasy feeling that the AG is withholding critical details about what exactly is going on in Ruidoso — and why the state was so slow to respond.

It all comes to a surprising conclusion with the involvement of a Spanish princess, a drug lord gone mad, and a few other lowlifes… and leaves Ray wondering if maybe fishing wasn’t so boring after all.

Includes a bonus “Facts in the Fiction” section, discussing some of the real-life inspirations for the locations and characters in the novel.

For fans of mysteries and crime thrillers. Sky High Stakes continues the stories of Ray, Tyee, and Big Jack from the first book in the series, Dog Gone Lies. 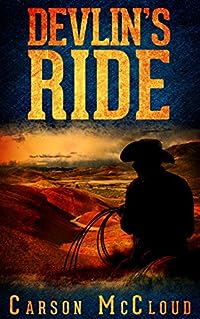 All Nate Devlin wants is a ranch to call home. A quiet spot to settle down. He’s found the perfect place on the edge of Eastern Oregon’s high desert. At the base of the rolling Ochoco Mountains there’s a canyon with a steady spring called the Clearwater. Clearwater offers rich grazing for Nate’s herd and room to grow.

But perfection comes at a cost.

Nate isn’t the only one who has plans for the Clearwater. Rhett Baron and his crew of gunhands will stop at nothing to take the spring. Nate may have gotten to the water first, but can he keep it?

In the tradition of Louis L’Amour and Zane Grey comes Devlin’s Ride by Carson McCloud. 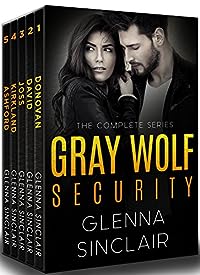 This best selling series is now bundled together for the first time!