Paula Houseman’s keen understanding of the ancient, universal forces at work in the very roots of humanity, and magnificently bawdy humor make her books an epically defiant, bold, painful, hilarious, soul-fortifying must-read for anyone who has ever dared (or hoped) to look at themselves in the mirror and ask the question, How in the hell have I survived?With quirky, colorful characters and never ending hilarity, this is one coming of age story you won’t want to miss.  Enjoy! 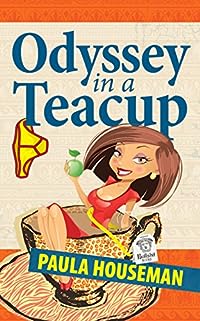 A tut-tutting, big-breasted, modern-day gorgon; a humourless schoolmarm with an unfortunate name and freakishly long, yellow incisors (yeesh) — these are the kinds of people Ruth Roth regularly encounters. Add in daily dealings with an acerbic mother who squawks like a harpy, a father with a dodgy moral compass and a God complex, a bitchy mirror, and Ruth’s existence feels like a Greek tragicomedy. 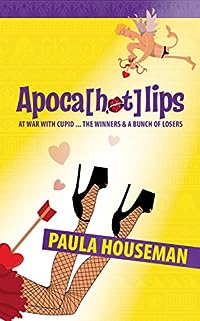 Up yours! It’s a ballsy attitude for a child, and one that served Ruth (Roth) Gold well back then. It’s one she desperately needs to revive now. After her divorce, Ruth finds the love of her life: Herself. And she’s in a happy place… until a geeky, sexy, god-like man fronts up and fulfils her forgotten little-girl fantasies. He tells her she’s ‘The One’. Talk about screwing everything up!