I Have A Plan For Sharks with Free Kindle Books

Reading up on what to do if you encounter a bear is not something I thought I needed to do, but after this weekend apparently it is. This past weekend we went to Lake Tahoe with another family to enjoy the mountains, do a little bike riding and relax. It was on Sunday early evening, with the sun still shining, that I took a few of the kids for a walk around the neighborhood. It was a quick walk and we returned safe and sound. It was an hour later that the neighbor came knocking on our door, wanting to be sure that all the kids were inside, and warn us of a bear walking around our yard. Looking out the window we could see a massive black near sniffing around looking for goodies. HOLY POOP!!! I hate sharks. I really really hate sharks. I don’t want to be eaten by a shark, so I stay out of the water. I have a plan for sharks. I do not have a plan for bears. I need a plan for bears. 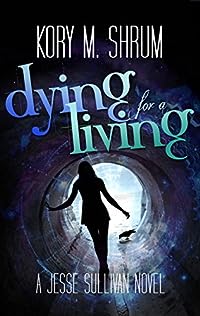 Dying for a Living
by Kory M. Shrum

On the morning before her 67th death, it is business as usual for Jesse Sullivan: meet with the mortician, counsel soon-to-be-dead clients, and have coffee while reading the latest regeneration theory. Jesse dies for a living, literally. As a Necronite, she is one of the population’s rare 2% who can serve as a death replacement agent, dying so others don’t have to. Although each death is different, the result is the same: a life is saved, and Jesse resurrects days later with sore muscles, new scars, and another hole in her memory.

But when Jesse is murdered and becomes the sole suspect in a federal investigation, more than her freedom and sanity are at stake. She must catch the killer herself–or die trying.

Called “addictive” by New York Times bestseller Darynda Jones, this book is perfect for fans of sarcastic heroines surrounded by loyal friends, and stories with enough action and intrigue to keep you turning the page. 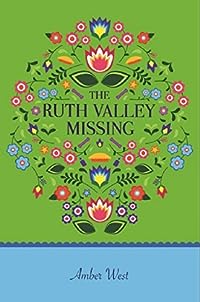 Jameson Quinn is sick of trying to find herself in the big city. After a gallery opening ends in a trip to the ER and an argument with her self-involved boyfriend, she decides to take off for the peace and quiet of a small town — Ruth Valley.

The small town has everything Brooklyn lacked: simple people, peaceful surroundings, and a feeling of safety. Jameson even finds the perfect house to rent from the town’s most eligible bachelor, Sheriff Jack. Life is finally headed in a promising direction.

But something isn’t right. A young man is mysteriously injured, then disappears — and Jameson finds he isn’t the only person to suddenly vanish. The suspicious behavior of an abrasive nun and a creepy priest set her off on an investigation of what’s really happening. Will she figure out the secrets of Ruth Valley before she’s the next to go missing? 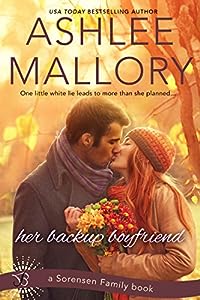 One little white lie leads to more than she planned…

Straight-laced lawyer Kate Matthews always plays by the rules. But when her ex gets engaged and a big promotion is on the line at work, she blurts out that she has a new boyfriend. And now that she’s proved she “has a life” outside of work, everything is perfect. Except for one teeny little detail?there is no boyfriend. And now Kate’s liable for her little white lie…
Dominic Sorensen is hot, charming, and very definitely not Kate’s type. But not only does Dominic want to help Kate renovate her home, he’s also willing to play “boyfriend.” All he wants in return is a little pro bono work for his sister. Now instead of Mr. Right, Kate has a delectable Mr. Fix-It-Right?and some unbelievable sexual chemistry. And if falling for Dominic is a breach of contract, Kate is guilty as charged… 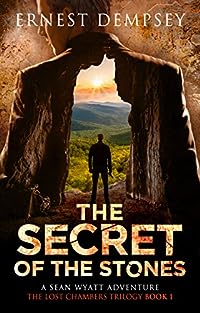 How far would you go to save a friend?

A four thousand year old mystery lurks in the hills of Georgia. While investigating a strange series of ancient symbols, an archaeologist vanishes, and a professor he entrusted with the secret is murdered. Former government agent, Sean Wyatt, learns of his friend’s disappearance as well as the assassinations and must race against the clock to unravel the clues to the ancient mystery.

But to save him, he will have to fight off highly trained mercenaries in hand to hand combat, violent shootouts, and high speed car chases through the Blue Ridge Mountains.
And in the end, what he learns will change the history books as we know them.

The Secret of the Stones is packed with suspense and romance, filled with conspiracies and secret societies, and leaves you wanting more in Dempsey’s breakthrough international mystery series. This story takes the characters through the southern United States on a wild adventure that, if not kept suppressed, could cause major political and financial upheaval.