Is It The Real Truth?

It is only one month until Tough Mudder (ten miles/ twenty obstacle that make you wish you just stayed home and had brunch) and I really need to kick my training into gear. That is exactly what I did on Monday and Tuesday and now on Wednesday all I want to do is take a nap. I still have a month of this kick it into gear poop, and on day three I am ready to throw in the towel. With some of the obstacles, if you fail to complete them, you end up in the water. I’m thinking to myself I like swimming. I will be in Sacramento anyways, where it it hot as heck. I will need to fall into that water to stay cool. They say exercise is good for you. I am starting to wonder if they lied. 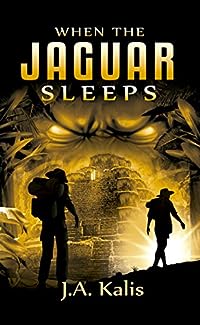 When The Jaguar Sleeps: A jungle adventure
by J.A. Kalis

Ecuador. A dream holiday turns into a nightmare when two young men are stranded in the Ecuadorian rain forest after their plane crashes. Desperate to survive, they decide to set off on a daring journey through the ‘green hell’. Despite the harsh environment sucking their strength away, they push on until they enter a territory inhabited by isolated Indian tribes hostile to outsiders and where probably the fabulous treasures destined for the last Inca emperor Atahualpa’s ransom, are hidden. Soon, unexpected dangers arise. 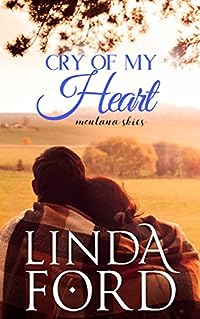 Cry of My Heart (Montana Skies Book 1)
by Linda Ford

From a fan favorite author with more than one million books sold, a heartwarming inspirational romance set in beautiful Big Sky Country:

After losing her father at a young age, Nicole Thomas has structured her life to avoid risks. She’s content running her antique store and caring for her grandmother and sister–at least that’s what she tells herself. If the secret desires of her heart go unmet… that’s just the way it has to be. Right?

Oil & gas negotiator Andrew “Ace” Conners has always planned to be alone. He’ll do his duty and settle the affairs of his aunt and then get out of Reliance, Montana. But when his late aunt’s neighbor insists on finding treasures among the estate’s belongings, he can’t help falling for the dynamic, compassionate woman, even though he knows she’s not for him.

When a man from Ace’s past appears seeking retribution, Ace and Nicole must face their biggest fears–together–or lose the love they both long for. 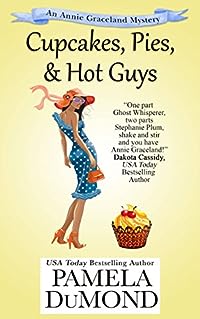 This LOL book is part of light, bubbly, romantic mystery series — but can be read as a STAND ALONE.

Annie Graceland’s a baker with a pinch of psychic ability — she can see and talk to ghosts. Much to her dismay, they also talk back — nagging her incessantly to solve their murders.

Annie’s mom signs her up to be a judge at Wisconsin’s Hot Guys’ Contest. When the hometown Hot Guy is killed and doesn’t pass to the Afterlife, he begs her to investigate his murder. Now she’s meddling with a motley crew of murder suspects. It doesn’t help that Detective Jamie Ryan, a boy from Annie’s past, is all grown up, sexy as sin, and determined to make her fall for him.

Annie’s about to discover that going back home can be sweet as frosting or worse than a cake wreck. The temperature’s rising at the Hot Guys’ Contest… 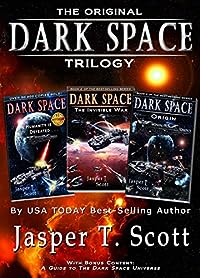 Includes the first three books of the Best-Selling Space Opera, with over 250,000 books sold to date. This trilogy is standalone from the sequels.
Dark Space I
HUMANITY IS DEFEATED
Ten years ago the Sythians invaded the galaxy with one goal: to wipe out the human race.
THEY ARE HIDING
Now the survivors are hiding in the last human sector of the galaxy: Dark Space–once a place of exile for criminals, now the last refuge of mankind.
THEY ARE ISOLATED
The once galaxy-spanning Imperium of Star Systems is left guarding the gate which is the only way in or out of Dark Space–but not everyone is satisfied with their governance.
AND THEY ARE KILLING EACH OTHER
Freelancer and ex-convict Ethan Ortane is on the run. He owes crime lord Alec Brondi 10,000 sols, and his ship is badly damaged. When Brondi catches up with him, he makes an offer Ethan can’t refuse. Ethan must infiltrate and sabotage the Valiant, the Imperial Star Systems Fleet carrier which stands guarding the entrance of Dark Space, and then his debt will be cleared. While Ethan is still undecided about what he will do, he realizes that the Imperium has been lying and putting all of Dark Space at risk. Now Brondi’s plan is starting to look like a necessary evil, but before Ethan can act on it, he discovers that the real plan was much more sinister than what he was told, and he will be lucky to escape the Valiant alive…

Dark Space II: The Invisible War
THEIR SHIP IS DAMAGED
Ethan Ortane has just met his long lost son, Atton, but the circumstances could have been better. After a devastating bio-attack and the ensuing battle, they’ve fled Dark Space aboard the Defiant to get away from the crime lord, Alec Brondi, who has just stolen the most powerful vessel left in the Imperial Star Systems’ Fleet–the Valiant, a five-kilometer-long gladiator-class carrier.
THEY ARE LOW ON FUEL
They need reinforcements to face Brondi, but beyond Dark Space the comm relays are all down, meaning that they must cross Sythian Space to contact the rest of the fleet. Making matters worse, they are low on fuel. They’ll have to travel on the space lanes to save fuel, but the lanes are controlled by Sythians, and they are fraught with entire fleets of cloaked alien ships.

Dark Space III: Origin
THE DEFIANT IS STRANDED
Ethan and his son, Atton, have been arrested for high treason and conspiracy, crimes which will surely mean the death sentence, but it’s beginning to look like theirs aren’t the only lives in jeopardy–the Defiant is stranded in Sythian Space, and the vessel which Commander Caldin sent to get help has used all its fuel to get to Obsidian Station, only to find out that the station has been destroyed. Now the Defiant’s last hope for a rescue is gone, and everyone on board is about to die a cold, dark death.
HUMANITY IS STILL FIGHTING ITSELF
Meanwhile, the notorious crime lord, Alec Brondi, is plotting to capture the remnants of Admiral Hoff’s fleet, just as he captured the Valiant, but Hoff’s men are on to him, and Brondi is about to get a lot more than he bargained for, forcing him to flee to the one place he knows will be safe–Dark Space.
AND A NEW INVASION IS ABOUT TO BEGIN
But Dark Space is only safe because the alien invaders don’t know exactly where it is, and now they have a plan to find it which will threaten not only Dark Space, but the entire human race. 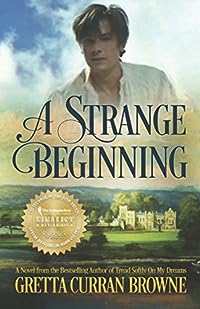 A STRANGE BEGINNING: A Novel (Book 1 of The Byron Series)
by Gretta Curran Browne

THE BOY – THE MAN – THE LEGEND — Covering his earliest years to the age of twenty-three -, this fascinating novel goes “behind the screen” to tell the private and personal story of the most iconic young man of his time – Lord Byron – whose charisma, beauty and literary genius helped him to overcome personal difficulties and rise from obscurity to become Britain’s first superstar.

Beginning when he is a boy of ten years old, we join George Gordon when he is living a miserable life with his manic Scottish mother in a few rented rooms above a shop in Aberdeen; unaware that his true surname is not Gordon, and that his true heritage is with the English aristocracy – who soon come to claim him.

A life of wealth and privilege is then bestowed upon him, which eventually sets the stage for him to prove his own individual worth, in his own way, and in his own time.

“My Name Alone shall be my epitaph.” — Byron.