My youngest baby basset is completely out of sorts right now. He lost his video game and TV privileges, and by the looks of it he has lost them for a long time. He asked me what is he supposed to do? How about playing with all those toys in your room that you haven’t touched in forever, but just HAD to have. I wonder sometimes if kids today would make it a week if they had to live in the rough conditions that we grew up in. Those long summer days of riding our bikes all over town, exploring the creeks, and of course our attempts at being just like Evil Knievel. Below is an actual picture of me (picture in my head) just before I took off in my rocket ship. I would have traveled to the moon that day, but the street lights came on and I had to go home. 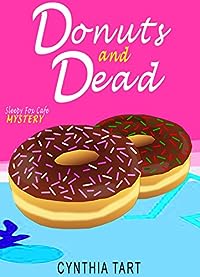 When the handsome grandson of the wealthy Genevieve Van Korbel plans to marry his beautiful new bride in Lincolne Bay, the little fishing town is abuzz with excitement.

For Lottie Foxglove, owner of the Sleepy Fox Bakery shop and part-time sleuth, it is a mixed blessing. On the one hand, she’s over the moon that Genevieve has hired her to help out with the catering, but on the other, she dreads seeing her grandson Orlando again whom she had a childhood crush on but he never gave her the time of day.

Matters are made worse when Orlando’s bride, Mercedes turns out to be as stuck-up and as unpleasant as he is and when a nasty bout of food poisoning at the wedding reception leads to the double murder, the finger of blame is pointed squarely at Lottie.

Now Lottie has to clear her name and track down the real culprit behind the poisonings. Her investigation brings her up against a bitter and aggressive Orlando, a hostile police detective and a sinister gangster with a very peculiar collection, and she embarks down a dangerous path as a heinous crime from the past is uncovered. 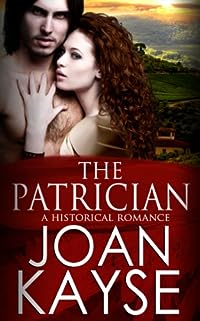 Jared of Alexandria shuns both his Roman and Hebrew blood, a curse that’s kept him on the fringes of society, to become a powerful and successful merchant prince. When his trading empire is threatened by an unknown enemy who not only wants to see him ruined but dead as well, he uses every means to put an end to it. He turns to a beautiful barbarian seer, a slave with hair the color of firelight and eyes that shine like emeralds only to be betrayed into a fate worse than death — slavery.

Bryna of Eire lives each day burdened by the yoke of Rome and her own guilt for leading her beloved brother and clansmen into Rome’s clutches. She curses the gift of sight which her master exploits, keeping her under lock and key, telling fortunes and fattening his purse. When an opportunity to be freed of her confinement comes, Bryna takes it, though her instincts warn that lying to the sensual, golden-eyed man that plagues her visions risks her very soul.

Betrayed into slavery, Jared labors under the lash envisioning revenge on the seer who sent him into this hell. But when fate throws Bryna into his arms, he finds exacting vengeance on his enemy a different matter. As they escape, evade bounty hunters and face their pasts, Jared must battle not only his enemy but his heart. Can the differences that separate them draw them together to save their lives and their love? 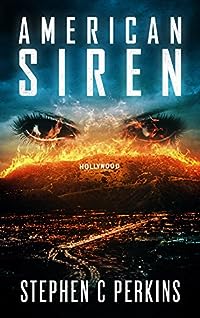 SHE CAN MAKE YOU A STAR.
BUT FIRST, YOU MUST SELL YOUR SOUL.

FOR, SHE IS THE WORLD’S SECRET RULER.

BOTH IN THIS WORLD, AND THE ONE WE CAN’T SEE!

The music industry is merely a veil of secrets. What if the man now calling himself Paul McCartney were an impostor?
William Shears Campbell is an MI6 agent with not only a license to kill, but dark secrets and an even darker past. Now that a part of that dark past has returned to haunt him, he becomes involved in a massive conspiracy. And, this time, he might not be able to shoot his way out of trouble!
When a powerful Hollywood television executive hatches a sinister plot to improve the ratings of a popular reality television talent show, there may be more at stake than just ratings! 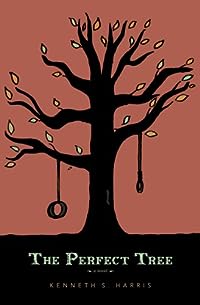 The Perfect Tree
by Kenneth Harris

Blake Kiser is a 12-year-old boy who has given up his latest summer to help out more around the farm. It’s not like he has much else to do though — his best friend, Matt, has moved away, leaving Blake more alone than ever, until Greta arrives. Gretchen Wills is a bit of an oddity, who stands out even more in the quiet country town of Hemingford, like a firefly in a dark basement. But like every firefly, shine too bright and you’re bound to get caught.

Blake shows Greta some of Hemingford’s local color, including the old Bradley House — a house every kid in Hemingford believes to be haunted. They are enthralled by the broken-down shack and the eerie tales that surround it — stories of the man who used to live there. But they find something much more concrete than ghosts waiting within: a crude man who becomes a very unlikely friend. But as wicked crimes are committed throughout the rural community, Blake witnesses the quiet town of Hemingford transform into something ugly he doesn’t recognize — and suddenly, childish fears of ghosts and monsters seem irrelevant in the wake of true, tangible danger.

The Perfect Tree is a novel about trust, who you should and who you shouldn’t, and the people who surprise you along the way. Truly, like nature, we all harbor the capacity for good, evil, and the various degrees in between. 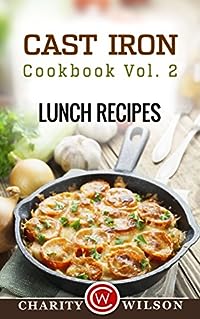 Cast iron skillet cooking is making a serious comeback finally. Cast iron has always been known to have even heating, great heat retention and is so versatile you can use it on a grill, toss it in the oven or even use it over an open flame. Yet very few people were using it.

Some people claim to have been handed down cast iron cookware that is 150 years old. That is amazing. Maybe a bunch of grandmas got together and decided it was time to revive cast iron cooking from the slow death it was experiencing. Who knows and really who cares, you just want to eat great tasting food.

For starters, there is the nostalgic feeling you get cooking with them if your family were avid users when you were a kid or those grandparents you only saw once in a while. The flavoring is just better in cast iron as it seems to release its own unique taste. It somehow captures the aromas of many delicious meals and melds it with whatever you are cooking.

Cleaning cast iron is not near as difficult as you have been led to believe. Just clean it while it is still warm instead of waiting until all the food is baked right on. You don’t want to use soap on it and can just use hot water. Now if you love to cook and then soak your pans cast iron will not be your friend.

You do not want to soak cast iron as it might rust and then you will really need to do some work. You do need to season your skillet after buying it which does take about an hour (instructions inside) but then you have a skillet that will last for years and years.

Cooking with cast iron is more convenient than traditional pans. You can start the recipe on top of the stove and then finish it off in the oven without changing anything. Just slide the skillet in. Or put the pan right in the oven to start and when it is done serve it right from the pan. Who needs casserole dishes?

You can essentially make any recipe you can imagine in a cast iron skillet.