No One Thought, But Some Great Free Books

My baby bassets have finally outgrown their play structure in the backyard and we have given it away to a really nice family with small kids. Yesterday he came by to start taking it down and haul away some of the pieces. I guess I should be feeling sad that my kids are growing up and no longer need it, but I am actually a bit excited. That thing took up the ENTIRE backyard. While I do not want my kids to grow up so fast, I am so thrilled that I will have so much space in the yard. The possibilities are endless. Unfortunately I have exactly zero ideas. Like…none. Well that is certainly unexpected. 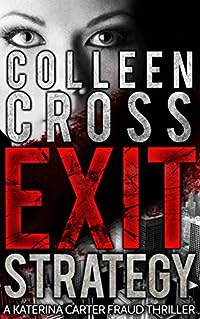 Diamonds, Danger, and A Deadly Secret…

Private investigatorand forensic accountant Katerina Carter uncovers a sinister connection between blood diamonds and organized crime. Then two company employees are brutally murdered and her investigation becomes much more dangerous than she had ever imagined. Can she can stay alive long enough to expose the real criminals… or will her first case be her last? 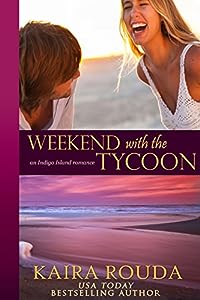 Weekend with the Tycoon (Indigo Island Book 1)
by Kaira Rouda

Wealthy business tycoon Blake Putnam isn’t looking for love, he just needs a date for a family wedding he’s dreading. Alpha male to the core, Blake’s idea of being a man leaves little room for emotional connection. He comes up with the perfect solution to the dreaded wedding: he’ll find a controllable date. He has everything planned to perfection.

Samantha Jones agrees to spend the weekend with the hot boss. She’s attracted to him, but she’s sworn off men after her embarrassing recent break up. She’s determined to ignore the attraction and focus on business when he hands her an opportunity to be part of the biggest business pitch in Blake Genetics’ history. It could change everything. She’s not looking for love, she won’t jump off that cliff again. But she will take the chance to further her career.

What neither of them expected was the weekend to take flight. Is this a risk they’re willing to see through to the end? 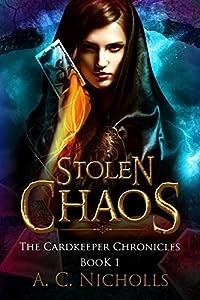 For twenty-eight years, Keira Poe has defended Chicago against creatures of the night. Armed with an array of magic weapons known as ‘magicards’, she is always eager to show trouble to the door. But when one of those cards is stolen by a ruthless mage, there’s nothing she won’t do to get it back.

In order to succeed, Keira – along with her cowardly, middle-aged faery – must follow the trail of carnage. Stopping for a battle at every turn, any hope of locating the thief only gets slimmer… until she meets Jason; the handsome shifter with a chip on his shoulder, and the only help she will get.

The war between the monsters grows greater than ever. Caught in the middle of it all, Keira must pick a side and stick with it, or risk losing her magic forever, along with anything the mage chooses to destroy. 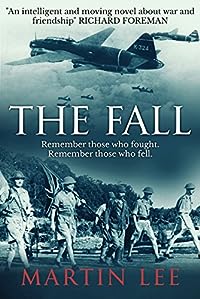 It’s 1998, and Michael O’Neill arrives in Singapore, on his latest mission.

His taxi driver recognises him as a famous actor, but long before that, he was a young soldier with the Manchester Regiment, stationed in Singapore.

There’s no jobs to be had, and Reg Dwyer has children to clothe and feed, so he enlists in the army, certain he’ll never see action.

He’s sent to Singapore, where he must overcome the stifling heat and the constant longing he feels for his wife Marjorie and his three children by writing endless letters home.

The Manchester Regiment is a good bunch of lads, and they all get on, mostly.

There’s the Longhurst brothers, Richard and Eddie, who have nothing in common. They left an abusive stepfather and an uncaring mother in Manchester.

Eddie, the oldest, takes to army life, while Richard thinks of his training days in York, and how much he loved Minster. He always has his head in a book. And then there’s Reg, happy to get by and just wanting to go home.

Then there’s Michael O’Neill, an Irish lad. Being a soldier is not for him, and the others think he is doolally. But when it comes time to fight, he takes orders better than any of them.

And then there’s Sergeant Percy B Shelley who works tirelessly to keep the men in line and ready to fight.

And then war breaks out and Manchester is bombed. And on a hazy February Day in 1942, everything changes for the Manchester Regiment, when Lieutenant Whitehead gives an order no soldier should have to follow.

Now, fifty years later, Michael O’Neill, in the biggest role of his life, returns to say goodbye to the men he knew as lads, who never got to see Manchester again.

Beautifully written and tenderly told, The Fall is a novel of youth and growing up, of war and loss that will leave you with a special place in your heart for the Manchester Regiment. 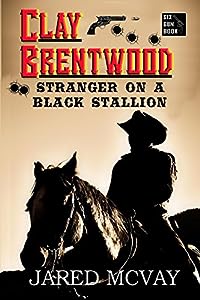 THEY HAD LEFT HIM FOR DEAD
For two and a half years, Clay Brentwood has been trying to catch up with the men who shot him in the head and left him for dead. It wasn’t bad enough that they burned his ranch to the ground and stole his horses and cattle, but they also took it upon themselves to rape and then
murder his pregnant wife… and for that they had to die.