It’s been three days and the piggies still do not seem to be enjoying their new day hutch. I told them how much work I put into putting it together and painting it, but that doesn’t seem to matter to them at all. They would much prefer to stay indoors, away from all that fresh air and sunshine. The hutch in under a tree, so they get the sunshine, but without the heat. Someone is going to enjoy that hutch. It is actually the perfect size for a little bantam chicken named Heather. If she happened to meet a nice young rooster that was also a bantam they would have their own place to call home. Just saying. 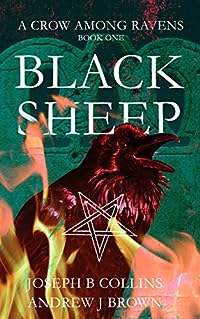 It is the tail-end of the first millennium, and there is something very rotten in the heart of Jorvik. A mad, Saxon earl perches precariously atop the throne of the old Viking king, barely controlling a court of predatory schemers hellbent on tearing whatever strips of power they can from the dying corpse of the city. Yet there is something far, far worse than Machiavellian politicians stalking the back alleys and byways of the once great capital of the north.

Persuaded out of his self-imposed exile to find a missing bridegroom, Olin Odinson is thrown into a sinister world of cannibals, Satanists, demons, and witches. Yet, as he struggles to come to terms with the altered nature of the city he once called home, it is the unavoidable meeting with his abandoned sister that fills Olin’s heart with dread.

This is the first of a three-part series available at a special introductory price. Look for books 2 and 3 available now for free for a limited time. 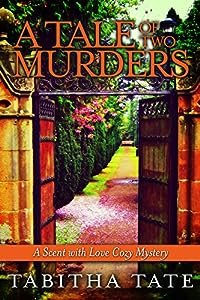 Beth’s relationship with Chase is growing from strength to strength. Chase has big plans for their future but Beth isn’t sure about his motive.

A bidding war erupts in the Bay when the Bradford manor house is finally put up for sale. Chase has his heart set on buying the place but Beth isn’t convinced. The house is a complete wreck. Not only is it is rumoured to be haunted but according to a local legend it is also the hiding place of the privateer, Henry Morgan’s, lost treasure.

When they discover the realtor, Angela Prescott dead in the master bedroom, Beth decides that the house definitely isn’t for her. The mysterious cipher text in Angela’s hand has Beth convinced that her death is somehow related to the buried treasure and it’s ghostly past. Chase isn’t buying it, Angela was not well liked and he thinks that there’s a more logical explanation for her murder.

Beth takes on a bet, to solve the murder and convince Chase not to risk their future on the crumbling manor house. Beth sets about uncovering the secret of the house’s ghostly past but her investigation takes an unexpected turn when she discovers an ancient secret that has excited treasure hunters flocking to the Bay. 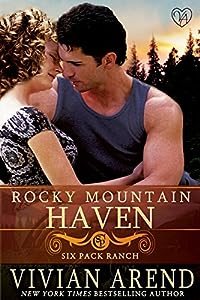 It’s the quiet ones who take you by surprise.

Beth Danube’s emotionally abusive husband is dead and buried. So is her heart. It’s no big deal, she has all she wants: her three little boys and a fresh start in a small Alberta town. What she doesn’t want is another man in her life — not now, maybe not ever.

After ten years of unsatisfactory, missionary-position sex, she never expected her libido to reawaken. One look at sex-in-boots Daniel Coleman in a Calgary bar, though, blows the dust off her sexuality.

Sensing an edge of desperation, even fear, beneath Beth’s come-on, Daniel finds himself giving in to the powerful urge to let his normally subdued desires run wild. The lady wants non-judgemental, non-vanilla sex? She’s got it — in and out of the bedroom.

At first, friends with blazing-hot benefits is more than enough. Then she realizes Daniel is burning away the protective fortress around her heart… and the guilty secret she dare not reveal. 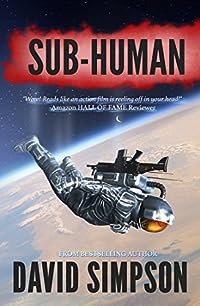 Before he was Old-timer, he was Craig Emilson, a young doctor, sucked into military service at the outbreak of World War III. Enlisting to become a Special Forces suborbital paratrooper, Craig is selected to take part the most important mission in American military history–a sortie into enemy territory to eliminate the world’s first strong Artificial Intelligence. The mission is only the beginning of Craig’s story, and for the story of humanity as well, as they accelerate towards a world that is post-human. 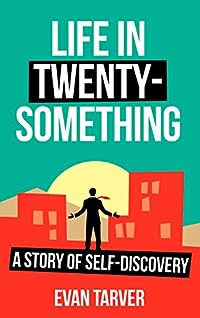 Life in Twenty-Something: A Story of Self-Discovery
by Evan Tarver

A modern fiction novel with very nonfiction principles and values. It’s a parable, a guiding story about the struggle we all face when looking for our passion and happiness in life.

If you’ve ever believed that you’re destined for something great, and if you’re constantly searching for your purpose, then this novel is for you. Also, if you enjoy observational stories that are chock full of drugs, sex, high-stakes business, money lost, and love found, then this novel is especially for you.

David is misunderstood. By everyone, so it seems. The millennial business enthusiast has failed at almost every career he’s tried. Searching for his life’s meaning and enamored by the startup culture in Silicon Valley, David jumps headlong into a job at a small, albeit growing, business.

He soon realizes, however, that while the company is considered a “startup,” it’s as unfulfilling as any corporate job he’s had, and he chooses to pursue his own entrepreneurial venture, believing that if he can become a famous business owner, he’ll find happiness. But not if his previous employer has anything to say about it. In true Silicon Valley fashion, David’s former boss finds out about his new company and sues on the grounds that his former employee is in violation of the Computer Fraud and Abuse Act, a federal crime.

Dave is faced with life-altering penalties, fines, jail time, and a dilemma – stay and fight or turn and run? And ultimately, if entrepreneurship isn’t making him happy, what will?