Back In My Day With Free Kindle Books

A kid overheard me talking to a parent about how I had to take away video games and TV from my youngest baby basset for misbehaving, and his reaction was hilarious. He looked at me in utter horror. How could I do that to someone I loved? Is that even legal? I was certain he was going to call the authorities on me any second. My youngest took the punishment pretty good, and he has been rediscovering his toys and reading a lot. By the looks of it he is not suffering too much. This other child though I truly believe would have a heart attack if his parents took his electronics away. I was about to say something about back in my day, but decided against it. I had a really good point to make about back in my day, and it would have been wise words. I just don’t want to be that old yet. Yet. 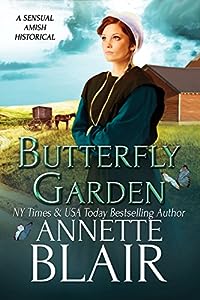 Amish woman Sara Lapp, all but shunned for studying with the English doctor to become a midwife, is shocked that, after months of waiting, her first call to tend a birth comes from self-appointed outcast Mad Adam Zuckerman. For his wife’s sake, Sara boldly tells Adam that he is killing Abby with so many babies so close, but Abby is already dead.

Adam did not call Sara to tend the birth, but to give her his children. Though Sara knows Abby’s girls belong with their father, how can she leave them with a man who seems not to care for them? As much as she loves and wants the girls, she decides that she will only take them long enough to teach Adam to love them.

As a child Adam heard the words, “I do this because I love you,” with his father’s every abuse. Adam is afraid to love his children, afraid that in doing so, he will hurt them. Without Abby to protect them, Adam must find someone else, and he can think of only one woman strong and brave enough, Spinster Sara Lapp. 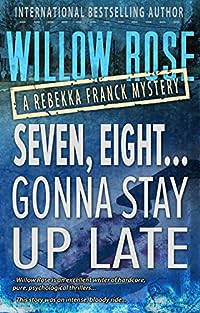 This top-rated mystery-thriller is on sale for a limited time to introduce you to the wildly popular Rebekka Franck Series from bestselling author Willow Rose. We hope you enjoy!

A hair-raising thriller from an Amazon Bestselling Author!

She thought she could keep it a secret. 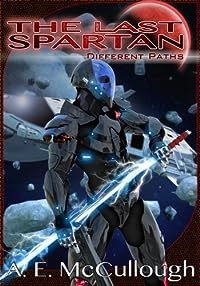 The Last Spartan: Different Paths
by A. E. McCullough

As a former Spec-Ops warrior, Spartan has found that the skills given to him by the Coalition government are well suited to his new occupation. After retrieving a lucrative bounty, Spartan returns to Terran space and finds that one of his oldest friends has been murdered. Vowing to track down the killer, he soon becomes the unwilling pawn in an interstellar power struggle between two old rivals, his former Omega Squadron Commander and the President of the Coalition.

When Spartan is forced to kill his mentor in self-defense, he is arrested by Galactic Marshals and detained. But when the Marshals kill a Federal Agent and pin the murder on him, he is forced to flee Earth with a small group of friends. Now the hunter becomes the hunted.

Spartan finds that having a bounty placed on his head to be troublesome as he evades the authorities, tracks down his old commander and struggles to clear his name. Unknown to all, an ancient evil has awakened and has plans of its own for mankind and they include death, destruction and chaos. Are the skills Iaido ‘Achilles’ Spartan gained over the years enough to save the day and clear his name?

The Last Spartan: Different Paths is the first book in a Sci Fi adventure novel series following a genetically engineered super-soldier on his quest for redemption and discovery of his purpose since leaving the service. Typically a loner, Iaido ‘Achilles’ Spartan learns the bittersweet truth that that no man is an island and nothing is more valuable than friendship. He might have been designed to be nothing more than a killer but in the end, he chooses to walk a different path. Carpe diem. 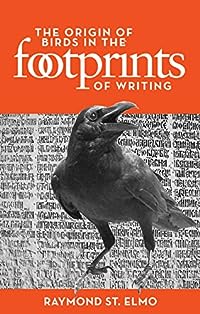 The Origin of Birds in the Footprints of Writing
by Raymond St. Elmo

Clarence St. Claire is a programmer who cherishes an orderly life. His motto: ‘work is important; people, not so much’. His determination to be The Most Serious Person on the Planet is threatened when he becomes haunted by a mysterious manuscript from his past: 300 pages of possibly random bird tracks. Risking his career and self-possession, St. Claire dares to pursue the manuscript against the opposition of hackers, the NSA, the ghosts of famous writers and doubts of his own sanity.
Lost in a maze of bird-prints and their possible meanings, St. Claire determines to summon the late writer Jorge Louis Borges to help with the translation. He will dream Borges into existence, exactly as Borges wrote of doing. But this act stirs the opposition of a secret order of past writers, who may, possibly, have their own agenda. The duel between St. Claire’s reality and theirs leads to a final encounter in The Dark Library, before the dread conclave known as The Tribunal of Dreams.
‘Origins’ is a book about books, about magic realism and artificial intelligence, virtual reality and languages, and how sensible people wind up in strange situations by strangely sensible steps. It is built of the words books whisper to each other alone after the library has closed. It ends as it must: with the hero tossed into a pit by Edgar Alan Poe.
Kidding. I mean, that last does happen but the final ending is the hero finding the answer and getting the girl, as well as his sanity back. Mostly back. 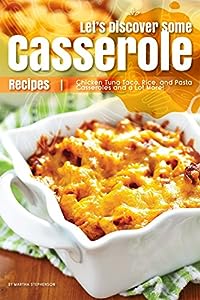 How many ingredient do you need exactly to prepare a casserole? That is a very relative question; it can vary greatly form one recipe to another. What we know is that we have gathered many casserole recipes including some of the most amazing combinations of food items. We are confident that you and your family will appreciate them.

Let’s make some chicken tuna taco casserole together, shall we? That’s right, nothing stops us from proposing anything that tastes good once it’s cooked together. We understand how busy your lifestyle is and we think that casseroles are a fantastic way of coming up with an easy and quick solution for meal preparation. You don’t have to mix in unhealthy ingredients, it’s quite the opposite, you can still choose carefully what you are working with in the kitchen and try to promote fresh picks as much as possible.

Let’s explore what else you should know about casseroles.