Today is officially the last day of school. I have these great plans of keeping my kids up academically by having them do math, spelling and reading work over the summer. They are awesome plans that would have my boys ahead of the game for next year. I give it about an hour before I completely let my awesome plan go to the trash.  It’s will end up just like all my past gym memberships. When I joined I was all fired up, but the actual attending was a complete failure and I will felt guilty for not going. In this case I will feel guilty for not making my baby bassets do their summer work. If one could get a grade for feeling guilty I am sure I would get an A+. It’s good to know I am good at something.

In the middle of America, Amy Lewis is on her way to her grandma’s house. She’s being chased by a very bad wolf. Galaxies away Loki is waking up in a prison cell, strangely without a hangover, and with no idea what he’s done wrong — this time anyway. But he does know Thor is hiding something, Odin is up to something wicked, and there seems to be something he’s forgotten…
In this urban fantasy tale that is equal parts “Dresden Files” and “American Gods,” a very nice midwestern girl and a jaded, mischievous Loki must join forces to outwit gods, elves, magic sniffing cats, and nosy neighbors. If Loki can remember exactly what he’s forgotten and Amy can convince him not to be too distracted by Earthly gadgets, Earthly pleasures, or three day benders, they just might pull it off…
This first installment of “I Bring the Fire” is for anyone who suspects chaos and mischief makers might have their own redeeming qualities, and anyone who just wants a good fantasy romp through modern Earth, ancient Asgard, and beyond! 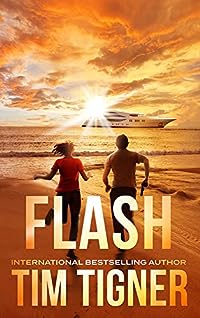 WHAT WOULD YOU DO
if you woke up to the sound of screaming… in the trunk of a car… beside a dead cop… with no idea where you were… or why… or when?

In FLASH, Troy and Emmy are about to find out.

TWO BLOOD-SPATTERED STRANGERS awake, locked in the trunk of a car — with a murdered cop and the smoking gun. Aside from raging headaches and no idea what’s happened, they appear to have nothing in common. Troy thinks it’s 2001 and he’s still a combat surgeon fighting terrorists in Afghanistan. Emmy believes it’s 2002 and she’s still grifting a living from the streets of L.A.

Are they archenemies or coconspirators? Lovers or friends? What are they doing in the Caribbean, and why is a Croatian assassin determined to kill them? The only thing they know for certain is that they’ll be spending the rest of their lives in prison if the police catch them before they learn the truth. 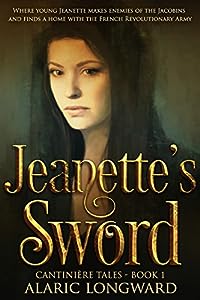 This is a Napoleonic Wars historical fiction story of a brave woman and her friends and lovers, and treachery and danger greet us at every turn as Jeanette tries to fight against the many enemies who would silence her.

During the era of Revolutionary France, Jeanette and her mother are caught in a trap. After they survive the harsh situation, they have little choice but to enter the murky world of low men who would rule France. Navigating such waters is not an easy feat, because even the ones who rise high above their former station harbor secrets, and those secrets can get them and their protégées killed.

Ultimately, Jeanette and Henriette find their final refuge with the dregs of the Earth, the future elite of Napoleon, the French Army stationed in Italy. And there Jeanette finds not only her old, relentless enemies, but war and romance. Will Jeanette survive and find a place in the world of men? 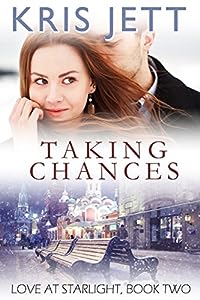 WELCOME TO STARLIGHT: A sweet and sexy new small-town romance series set at a family-owned pub in the picturesque snowmobiling town of Snowy Ridge, Wisconsin.

The weather may be cold outside, but things are sizzling indoors.

Wynn Foster has sworn off men. After a cheating ex-husband and an online stalker, who could blame her? Being twenty-eight years old, divorced, and a single parent living back at home with her mother, has left her feeling like a failure. Determined to get her life on track for both herself and her daughter, Melody, Wynn enrolls in the local college and is feeling more optimistic than she has in a long time.

Bryce Alexander has been in a post-divorce, hermit phase for the past year and he’s finally had enough. With a new job as an instructor at the community college and a good friend trying to reintroduce him to the social scene, he’s starting to come out of his shell.

When Wynn and Bryce’s paths cross in the classroom, the chemistry between them is undeniable. Wynn is willing to forego her relationship ban and Bryce is willing to risk his job for a chance at happiness. But when Wynn’s ex re-emerges after being MIA for over a year and demands joint custody of Melody, the drama may be too much to overcome.

With the odds stacked against them, can Wynn and Bryce still find their second chance at love? 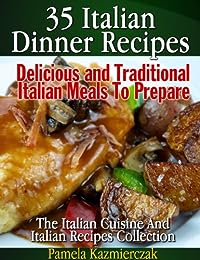 Welcome to the first volume of The Italian Cuisine And Italian Recipes Collection !!

Buy this book now at its introductory rate before we raise the price to the normal price of $4.97.

Are you looking for Italian Cooking Ideas?

If you are trying to find a variety of Italian dishes to try this might be the cookbook for you. This cookbook is all about preparing tasty traditional Italian dishes for dinner.

This book is all about Italian food recipes. There are 35 different Italian recipes to choose from in this edition, I am sure you will find something you enjoy!

The type of recipes you will find inside 35 Italian Dinner Recipes – Delicious and Traditional Italian Meals To Prepare you will find great dinner recipes as well as recipes for basic Italian homemade ingredients such as marinara sauce, alfredo sauce and pizza dough.

What Type of Dinner Recipes For Italian Foods Will You Find In This Book?

There are a total of 35 different Italian food recipes inside this book.
Some Examples of these Italian dinner recipes include:

Classic Chicken Parmesan with a Kick

Penne with Prosciutto and Peas