It is not unusual for me wake up terribly. I wake up freaking out about something or feeling icky. This morning was just about the worst. I sat up in bed this morning and looked over to my pup Jethro’s bed to find him missing. I searched the room and see him on the other side of the room, lying on the floor dead… ish. It was one of those overly warm nights last night, and his bed was too hot for him to lay in. Once I saw him actually breathing I let out a huge sigh of relief. Not a good way to start the day, but not the worst either. He is alive and kicking, and that is good. I’m going to need a coffee about 5 minutes ago, and maybe some chocolate to calm my nerves. 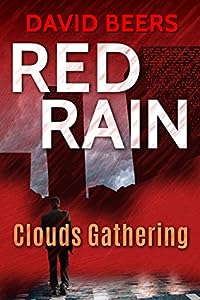 What would you do if you couldn’t stop killing?

John Hilt lives The American Dream. His corner office looks out on Dallas’s beautiful skyline. His amazing wife and children love him. His father and sister adore him. John has it all.

Except every few years, when Harry shows back up. Harry wants John to kill people. Harry wants to watch the world burn.

Murderous thoughts take hold of John, and as flames ignite across his life, the sky doesn’t send cool rain water, but blood to feed their hunger.

If you love taut, psychological thrillers, grab Red Rain today and prepare to sleep with the lights on! 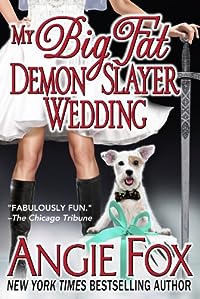 Lizzie Brown is about to have the destination wedding of her dreams. But as this former preschool teacher knows, being a demon slayer makes everything more complicated. The vengeful Earl of Hell is on her tail. And now it seems one of the guests at the eccentric, seaside mansion is possessed and trying to kill her. Maybe she should just elope.

The groom, studly shape-shifting griffin Dimitri Kallinikos, vows to protect her at all costs. Yet even he is acting suspiciously. And minions of the devil are popping up everywhere. As the wedding draws closer, Lizzie has to learn who is behind the attacks — and fast — or risk losing everyone she loves. 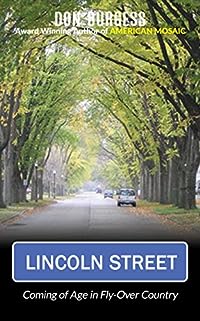 Challenged by a life-long friend to tell the story of growing up in America’s mid-western fly-over country in the late ’50s and early ’60s, Pulitzer Prize-winning author Billy Howard admits his reluctance to do so because “it was such a different time” than the mid-1980s when the challenge is offered.

Billy tells his childhood pal: “For all the good times we had growing up, for all the influence our families, friends, teachers, and Coffeyville, Kansas, had upon us, we were, nevertheless, provincial, naïve, ignorant, clueless, and grossly unaware of the ways of the world.”

However, Billy’s elm-shrouded Lincoln Street neighborhood was anything but humdrum. Billy, his teenage classmates, and adult neighbors confronted life challenges that included adolescent fun, young love, marital reality, racial tension, Sputnik, dreams of success and murder. These maturing influences are woven together as Billy unpacks his gripping and redemptive memories, both as a teenager and as an adult.

Among Lincoln Street’s fascinating characters are:

Motherless Molly Madigan, the wild teen “hottie” who takes care of her alcoholic father plus her hellion younger brothers.

LINCOLN STREET follows in the tradition of MAIN STREET, MIDAQ ALLEY, and ON GREEN DOLPHIN STREET. 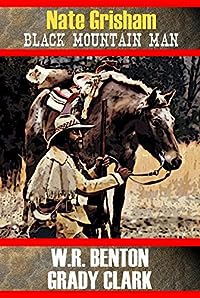 From the Author of ‘Red Runs the Plain’

After a storm tossed night in the Rockies, Nate Grisham encounters a lost Army captain and his family far from any civilized town. And something doesn’t seem right about his story of having been ambushed by Blackfoot warriors. After escorting them to the nearest Army post he discovers the Army is looking for an imposter — and murderer.

W.R. Benton and newcomer Grady Clark team up to bring another rip-roaring mountain man western to life in this new book. This story is inspired by real historical examples of blacks, both freed men and runaways, that moved west before and after the Civil war. 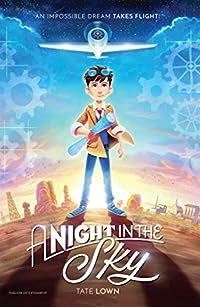 A Night in the Sky
by Tate Lown

Eleven-year-old Peter Hawkins is the world’s greatest genius-but nobody knows it. Abandoned as a toddler, he spends his days alone in a mysterious mansion outside Big Sky, Texas, where he creates amazing inventions and art that no one ever sees. When he summons the courage to attend school, bullies harass him relentlessly, and Peter is far too shy to make any friends.

Determined to escape his lonely life, Peter devises a plan to build a high-powered airplane and escape into the sky. He embarks on a captivating adventure to build his aircraft-outmatching a murderous thief, a mysterious giant, and a desert brimming with danger. But as his incredible Skyliner takes shape, Peter begins to suspect that a secret accomplice is helping him, and that perhaps he’s had a friend all along…