The guinea pigs don’t seem to be enjoying their outdoor home too much. In fact they seem to hate it. It’s a lovely two story, two bedroom home, with fresh paint, located in the lovely neighborhood of the backyard. They neighbors are a bit lively, but they are nice once you get to know them. I warned the piggies about them though. I let them know it’s best not to make them angry or they will peck at you. Yesterday the piggies spent most of the time in the upper bedroom hiding. They only came out to drink a bit of water and then ran back in. I am sure it will just take a few days for them to get used to all the sounds of the outdoors. 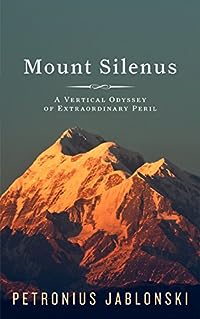 When novice climbers Trevor and Gaspar attempt Mount Silenus they discover that inspiration from a famous book makes a poor substitute for experience. Accuracy is important on mountains, especially one darkened by legends of a prehistoric sloth — the Abominable Unau — and the indigenous people who make sacrifices to it. As the text bears less and less resemblance to the terrain, squabbles over its interpretation become a battle of faith vs. reason. Those are best fought on flat surfaces.

Why does a man climb a mountain? To taste the distilled essence of life, to glimpse the clandestine maneuvers of his soul, and because he believes everything he reads. For two high school teachers who skipped their climbing classes, a masterpiece advocating spontaneity over skill proves irresistible. Unknown to them, the reclusive author honed his technique scaling barstools and brooding over the unjust fame of Nietzsche. He ignored eyewitness accounts of the Abominable Unau for stylistic reasons. Stories about wrathful apparitions infesting a labyrinth of caves didn’t make the cut either.

During a quixotic journey in the general direction of the summit, Trevor and Gaspar join a scientist investigating paranormal activity on one of the plateaus. The book fails to warn about traps set by the mountain people to protect the sacred site from desecration. When they fall into icy catacombs they must confront the source of the legends to survive. Inspired by a disastrous attempt on Denali.

How can you prove you didn’t commit a murder? A killer is loose in an upscale Sacramento neighborhood. He murdered Sarah Wagner’s aunt, but the close-minded detective working the case doesn’t believe he exists. He’s intent on arresting either Sarah or her cousin for the crime. Sarah has to put aside her mind-numbing grief and focus on unraveling the mystery of her aunt’s death. She’ smart and strong, but this will take a depth of courage she’s not sure she possesses, because the killer may be coming after here, and every move Sarah makes seems to increase the odds that one of the people she loves is the killer. 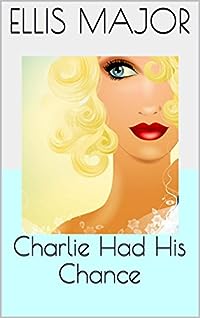 Charlie Had His Chance (Charlie Tiptree Book 1)
by Ellis Major

Charlie Tiptree is young, wealthy and jealous of his creature comforts. So why on Earth does he take in Lance Savage, someone he last saw at school twelve years ago and now a distinctly unstable ex-soldier? Is Charlie’s altruism going to prove a blessing or a curse? One thing soon becomes apparent; Lance is a catalyst for sudden and dramatic change in Charlie’s idle existence.

When Lance’s skills prove useful in helping a friend of Charlie’s evade justice the pair are asked to ‘keep an eye on’ the very poor, very beautiful but very unsympathetic Rowena Hepple. Is Charlie actually going to help, or end up making an enemy for life? An unsavoury disaster beckons.

Even whilst embroiled in other dramas, is it possible that Charlie could ever stop kicking himself for his own idiocy, or being scared of Rowena? And, even more unlikely, could Rowena ever stop despising him – and, if so, how could this ever happen? And where does Lance, and everyone else for that matter, fit in?

Now here’s the challenge for anyone who’s read this far. Charlie Had His Chance doesn’t sit readily in any category. It’s part buddy movie, it’s part adventure and it’s part romance. Aspects of the book are even funny in a dark kind of way. If you have a taste for the absurd and amoral, leavened with a little drama and sorrow, read it. If you’re looking for a specific genre then best not take up the challenge. Ellis Major would much prefer you have some idea of what you’re getting into and relish it rather than ending up disappointed. 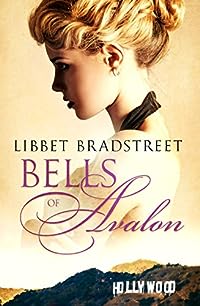 Bells of Avalon
by Libbet Bradstreet

Hollywood–a place they’ll pay a thousand dollars for a kiss and fifty cents for your soul… Thrust into a limelight she never chose, Katie’s been paired with Danny for as long as she can remember. Films, roadshow tours, and drugstore appearances–post-war Hollywood can’t seem to get enough of the sweetheart team. They’ll even fall in love one day. But young love seldom survives the fog wake of Los Angeles–a place of dreams and nightmares. 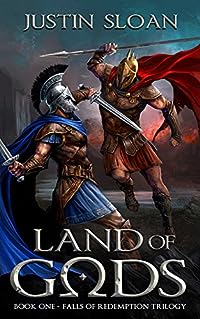 Land of Gods: A Military Fantasy (Falls of Redemption Book 1)
by Justin Sloan

A battle of loyalty to family, religion, and brothers in arms.

Narcel’s enslavers took everything from him: his family, the woman he loves, and his freedom. All he has left is his desire to be with her again and a burning hatred for his masters. Years of living and training with the Mawtu changes Narcel. Once his sworn enemies, he now considers these men friends and brothers-at-arms. He’d be the perfect warrior if he could stop swooning over Kaire, the girl of his dreams.

Battle looms on the horizon and the Mawtu army faces its toughest challenge yet. Will Narcel side with his enslavers and lead their army to victory, or will he go after the girl and betray the army that took everything from him?

Fast-paced action, a love triangle, and bitter revenge. As Game of Thrones is based on the Wars of the Roses, Land of Gods is the first book in an epic fantasy series based on Ancient Greek wars. Perfect for fans of Joe Abercrombie, Glen Cook, and Mark Lawrence.