I am now off on my adventure. The next time you will hear from me will be on Monday and hopefully without broken legs or arms. I really don’t want any broken arms either. I am not sure what I am worried about. This will have been my fifth Tough Mudder event (10 miles/20 obstacles and clearly no lessons learned the past four times) and I have yet to break anything. The only injuries I have ever seen were from people who tried to do something crazy on the course and it went terribly wrong. I saw one guy with blood gushing out his head because he decided to dive in head first into an obstacle that said “No diving! Enter Feet First.” I may not be the most coordinated, strong, or brave, but I can follow directions pretty good. Except for don’t fall with straight legs. That one I gotta practice. See ya Monday! 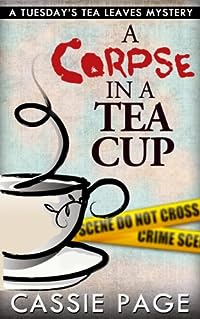 A Corpse In A Teacup: A Tuesday’s Tea Leaves Mystery
by Cassie Page

If it’s Tuesday, it must be murder!

Tuesday reads tea leaves for an actress client to see if she’ll get a big part. But Tuesday sees a body in the bottom of the teacup. Can she help her?

Tuesday made her debut in Darling Valley. Now welcome her as she embarks on her own collection of cozy mysteries set among the celebrities, film starts, film grunts, talents, scoundrels and saints in La La land.

Tuesday, tea leaf reader and female sleuth extraordinaire, believed she was leaving behind murder and mayhem when she said goodbye to Darling Valley and her beloved BFF, Olivia. But none of her fortune telling readings prepared her for the murder and mayhem awaiting at home in LA, starting with her favorite client, actress Holley Wood, texting that someone has threatened to kill her if she doesn’t withdraw from a film project.

Suspense, danger and romance heat up for Tuesday when the teacups of the Mulberry Mafia, her clients at the upscale Mulberry Cat Café, keep showing a corpse and an ominous M. As the body count piles up, there is no mystery about the identity of the corpses. But does the M stand for murder, movie, money? A new man? Or is the Mulberry Cat Café itself in jeopardy?

As Tuesday crosses swords with leggy, savvy Detective Kanesha Jameson who looks like Beyoncé with a badge; thorny Natasha, owner of the Café; the brilliant but caustic Chef Marco; and the various men stalking beautiful, innocent Holley, Tuesday also has to solve the mystery of the disappearance of a dubious treasure; decide whether to accept a gift from the romance gods and welcome an unwanted surprise visit from her past.

Lighthearted Tuesday of the extravagantly eccentric wardrobe and blithe, ever positive lover of life Holley find their lives taking a dark turn as they navigate troubled waters, the dark streets of LA in a shoot out, attempt to maintain their strong belief in the innate goodness of humanity, while always remaining ready for their close-ups. 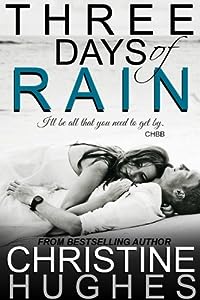 Just when he thought his life was turning around… Things haven’t been easy for Jacob Morgan. Persecuted by the ghosts of his past, Jake lives each day just going through the motions, barely getting by. Then Lily Burns comes to town and befriends him. As Jake starts to heal, he begins to hope that he has finally overcome the mistakes and tragedies that have tormented him for so long. But just when he thinks his problems are solved, his past comes back to haunt him, and once again, Jake is confronted by situations he is ill-equipped to handle. Can Jake hold on to the progress he has made, or will the lies, guilt, and secrets he’s tried to ignore shove him back into an abyss from which there is no escape? 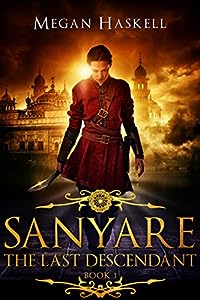 A woman torn between honor and survival…

Raised in a realm where humans are no better than slaves, Rie Lhethannien has struggled for decades to earn a meager post in the High Court messenger service. Even training as an elite fighter isn’t enough to earn the respect she craves. Scorned by the high elves who rely on her loyalty, Rie’s closest allies are the fierce carnivorous pixies who travel by her side.

When she’s attacked on a routine delivery by assassins from the enemy Shadow Realm, Rie’s martial prowess keeps her alive… and frames her as a traitor. Facing execution at the hand of an unmerciful high elf king, Rie must forsake her oaths and flee into enemy lands to prove her innocence. With surprising help from a bastard prince and an ambitious blood sidhe, Rie searches for the truth behind the attack. The secrets she uncovers may threaten more than her honor or even her life… for war is looming in the nine faerie realms.

Sanyare: The Last Descendant is the first book in The Sanyare Chronicles, a fast-paced dark fantasy adventure. If you like kick-butt heroines and action-packed fantasy filled with mythological creatures, then you’ll love the first novel in Megan Haskell’s debut series.

Start your journey across the nine faerie realms today! 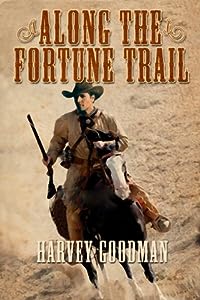 Along The Fortune Trail
by Harvey Goodman

From the time Sammy Winds pulled on his first pair of spurs, he understood the difficulties of growing up in the new American West. An orphan since he was a small child, Sammy grew up working long, dusty days as a ranch hand on the Twin T, busting broncs, herding cows, and learning to spit his tobacco juice with contest-winning precision. Sammy became used to sweat and toil and tough ranch life, but after an encounter with a murderous outlaw leaves Sammy the prospect of a fortune, the cowboy leaves behind his love and everything he has ever known to embark on a journey across the untamed West. Only he doesn’t know just how dangerous his adventure is about to become.
Follow the rugged excitement as Sammy treks Along The Fortune Trail, fighting off cruel weather, attacking renegade Apaches, and overcoming the evil ploys of enough crooks and villains to send any regular saddle-sore hombre heading home to the hills. But Sammy isn’t just any man. With his eyes set on the chance of a lifetime, Sammy Winds tilts his hat toward the mysteries of the trail, ready to gallop his way to the riches awaiting him in Denver and prepared to stomp on any obstacle in his way. 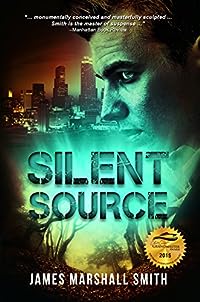 The hate is deep. The death is slow. The cause is silent.

You know that Atlanta PD has given up on a case when they call in Dr. Damon Keane. The sleuth scientist is quietly famous in forensic circles for unraveling the most daunting technical puzzles, but this case is bewildering. Two people are already dead. The third victim, a priest, is dying by inches in an Atlanta hospital, and the cause is a complete mystery to doctors and detectives alike.

As if matters weren’t strange enough, the dying priest’s rosary beads have suddenly turned the color of blood.

Despite that bizarre transformation, Keane knows that he’s not chasing something supernatural. The killer is a man — twisted by anger and a lust for vengeance — but still very much human. As the death toll mounts, the story races to London’s Hyde Park and on to the edge of Siberia and a place once home to the world’s most secret atomic city. For all of his perception and skill, Keane is always one step behind.

Time is running out. The killer is making final preparations to unleash a cloud of death over the entire city of Atlanta. By now, Damon Keane has learned that the only way to take down this villain is to outmatch his cunning in a face-to-face showdown.