The Agents Irish and Whiskey series by Layla Reyne is full of explosive chemistry, captivating characters, and edge-of-your-seat suspense. A must read for any romantic suspense fan! 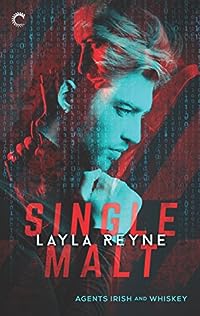 Eight months after the car crash that changed everything, FBI agent Aidan Talley is back at work. New department, new case and a new partner. Smart, athletic and handsome, Jameson Walker is twelve years his junior. Even if Aidan was ready to move on and he’s not Jamie is off-limits.

Jamie’s lusted after Aidan for three years, and the chance to work with San Francisco’s top agent directly is too good to pass up. Aidan is prickly to put it mildly but a growing cyber threat soon proves Jamie’s skills invaluable.

Jamie’s talents paint a target on his back, and Aidan is determined to protect him. But with hack after hack threatening a high-security biocontainment facility, time is running out to thwart a deadly terrorist attack. They’ll have to filter out distractions, on the case and in their partnership, to identify the real enemy, solve the case and save thousands of lives, including their own.

Book one of the Agents Irish and Whiskey series

This book is approximately 68,000 words 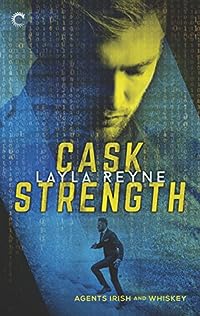 Professionally, the FBI team of Aidan “Irish” Talley and Jameson “Whiskey” Walker is as good as it gets, closing cases faster than any team at the Bureau. Personally, it’s a different story. Aidan’s feelings for Jamie scare the hell out of him: he won’t risk losing another love no matter how heart-tripping the intimacy between them. And loss is a grim reality with the terrorist Renaud still on their trail, leaving a pile of bodies in his wake.

Going undercover on a new case gets them out of town and off the killer’s radar. They’re assigned to investigate an identity theft ring involving a college basketball team in Jamie’s home state, where Jamie’s past makes him perfect for the role of coach. But returning to the court brings more than old memories.

As secrets and shocking betrayals abound, none may be more dangerous than the one Jamie’s been keeping: a secret about the death of Aidan’s husband that could blow his partner’s world apart and destroy forever the fragile bonds of trust and love building between them.

This book is approximately 61,000 words