When I woke up this morning my first thought was, I really hope I don’t break my legs this weekend. Usually people can avoid situations that would threaten leg breaking, like staying away from the ledge or not borrowing money from a loan shark. I am clear of any loan shark borrowing, but the ledge thing I will have an issue with. After blabbing about it for what seems like forever, my partner in crime and I are finally going to Tough Mudder (10 miles/ 20 obstacles and a repeated thoughts of WHY? WHY? WHY? WHY? WHY? AAAHHHHH!!!!). There is one obstacle called Kong that I am particularly afraid of. I have never been good on the monkey bars and this one is one step worse. Rings! I have to swing on about 5 rings from very high up to get to a platform on the other side. Below me will be one of those inflatable pads that you should never drop onto with straight legs. Guess who ALWAYS falls with straight legs. I really hope I don’t break my legs this weekend. 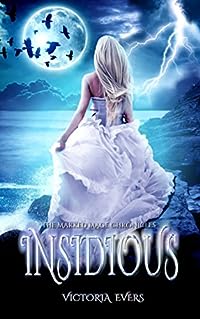 A Deadly Bargain.
An Alluring Stranger.
A Forbidden Romance.

All Kat Montgomery wanted was a fun night out on the town. What she got was a death sentence. As it turns out, the quaint little hamlet of Mystic Harbor, Maine houses more than sandy beaches and adorable B&B’s. Beneath the New England charm rests a deadly world where shifters, demons, vampires, and angelic hunters all vie for power.

After that one fateful night, she can feel the changes beginning to take hold of her. Only problem, she doesn’t even know what she’s turning into. As if things couldn’t get any worse, Kat learns her only real ally rests in the one person she can’t stand: Reese Blackburn, an insufferably handsome magician whom the town fears most.

Kat’s very soul is at stake, and the odds don’t seem to be in her favor. Can this mysterious stranger help her challenge fate itself before it’s too late? 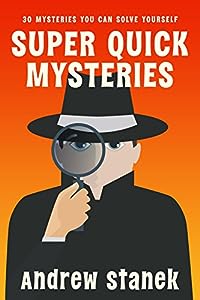 The Confederation battleship Dauntless has spent ten months patrolling the border, alone, watching for an attack from the enemy Union. Her crew is exhausted and the aging vessel needs repairs.With the fleet mobilized, and the forward bases overloaded beyond capacity, she is sent clear across the Confederation, to a base along the peaceful and sleepy sector known as the Rim.

But the quiet frontier isn’t what it seems, and when a distress call is received from a mining colony at the edge of Confederation space, Captain Tyler Barron must take Dauntless forward into the unknown.

Barron and his crew have their ship–and each other–but they can expect no reinforcements. His superiors believe that Union deceit is at play, that the attack is merely a diversion,intended to draw Confederation forces from the disputed border. Their orders are clear: no ships will be transferred from the front. Stopping whatever is happening on the rim is Barron’s responsibility, and his alone.

Barron’s grandfather was the Confederation’s greatest hero, the father of the modern navy. His name has always carried great privilege, and crushing responsibility. Now he must prove that he has inherited more than just a name. He must face the enemy, and win the victory.

Before the Confederation is caught between two enemies and destroyed.

Duel in the Dark is the first book in a new series from USA Today Bestselling Author Jay Allan. 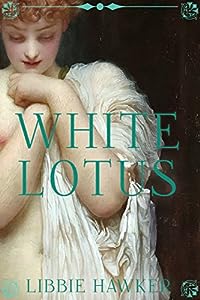 White Lotus: A Novel of Egypt’s Fall
by Libbie Hawker

Part 1 of the White Lotus trilogy

In the fifth century BCE, Egypt is the greatest civilization known to mankind. But with a foolish king on its throne, the Nile Valley is ripe for conquering.

Amid this climate of danger and strife, in the alleys and brothels of Memphis, an extraordinary young woman comes of age. To spare her siblings from starvation, Doricha is sold into prostitution. But she has gifts beyond mere beauty. Through wit and determination, she works her way into the realm of the hetaerae — courtesans of exceptional refinement.

As a hetaera, Doricha has access to the schemes and negotiations that shape the world. But the rich and powerful also have access to her, and Doricha soon finds herself in the Pharaoh’s harem, caught up in his reckless plans. When the Pharaoh sends her off to his fiercest enemy, thinly cloaked by a dangerous ruse, Doricha must become a double agent if she hopes to survive. Caught between the Pharaoh and the Persian king Cambyses, it is Doricha — once a slave, now a woman of great but secret power — who will determine Egypt’s fate. 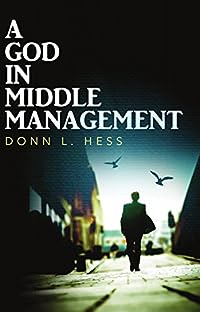 A trip to the Big Apple with an open bar tab and a plush hotel room sounds like the perfect escape to midwestern office drone, Marty Foster. All he has to do is blow an interview for a job he doesn’t want and then it’s on to his expenses paid vacation.

Unfortunately the Fates have other plans for him.

Minutes into his meeting with prestigious money management firm UlysCo, things go sideways. A thwarted pick-pocketing, some corporate blackmail, and an awkward fight outside a shady bar put Marty on the run. He manages to slip away to a midnight hiding spot where he can drown his sorrows in expensive wine and make plans to catch the next flight home.

But then things get weird.

Marty wakes with a nasty hangover, a mysterious beard, and a brand new tooth. Determined to figure it out from home, he heads for the nearest airport, only to be hijacked by a menacing receptionist. She chauffeurs him back to UlysCo’s offices where portfolio managers look for stock tips in bird entrails and Cupid dispenses troubling revelations from the back of an adult bookstore.

Someone really wants him to take that job, and the gods themselves will do anything to keep him in New York.