There Is Magic In The City…

The Fairytale Chicago of Francesca Finnegan is the brand new, wildly imagined fairytale (for adults) from author Steve Wiley. The novel is a magical, poignant redefinition of the city and its citizens, explained through the adventures of a boy and girl aboard a secret L train, which travels through a mythical, East Side of the city. Readers are taken on an incredible journey, complete with gravity-defying first kisses, mermaid overdoses, and princess rescues. Witty, humorous, and at times profound, the story teaches a lesson—one that adult readers are sure to benefit from. Enjoy! 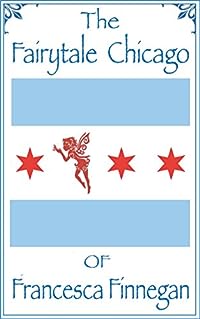 There is magic in the city…
In Chicago, a secret L train runs through the mythical East Side. On that train, you’ll discover fantastical truths about the city, alongside the most incredible cast of characters, including one exceptional girl by the name of Francesca Finnegan.

Once upon an extraordinary time, Francesca invited a boy named Richard aboard the secret L, for an adventure through the East Side. The night was a mad epic, complete with gravity-defying first kisses, spectral cocktails, fabled Ferris wheels, and more. Unfortunately for Richard, the night ended like one of those elusive dreams, forgotten the moment you wake. Now, Richard is all grown up and out of childish adventures, an adult whose life is on the verge of ruin. It will take the rediscovery of his exploits with Francesca, and a reacquaintance with the boy he once was, to save him.

Half the proceeds from this book are donated to Chicago Public Schools.