Best selling and award winning author Scott Nicholson understands that the best horror novels achieve primal fear through a combination of sustained atmosphere, richly drawn characters, and believable if uncanny evils that draw unholy power from everyday lives. This is one author who aims for the kill and never misses. Enjoy! 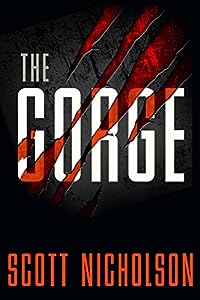 The Gorge: A Thriller
by Scott Nicholson

“One of the most thrilling writers working today. Miss him at your peril.” – Blake Crouch, Wayward Pines

An experimental rafting expedition, an FBI manhunt for a delusional killer, and the worst storm in decades collide in the remote mountain wilderness… and then THEY come out.

Bowie Whitlock and a team of celebrity athletes are commissioned to test two experimental rafts in the rugged Unegama Gorge in the remote Appalachian Mountains, considered the most dangerous whitewater rapids in the eastern United States.

FBI agent Jim Castle and his partner are in the gorge looking for Ace Goodall, a deranged abortion clinic bomber. Ace, accompanied by a fragile young woman, is suffering visions that guide his murderous behavior. An accident during the manhunt releases a long-hidden species to the world.

The race is on as dark storm clouds gather, the river swells to a torrent, and Ace hijacks the rafting expedition to make his escape. But the bloodthirsty creatures swooping down from the high cliffs have been too long without prey.

Ace has one more bomb.

God is talking to him.

And he’ll kill Bowie or anyone else who stands in his way. But killing isn’t what it used to be, because the dead no longer stay dead. 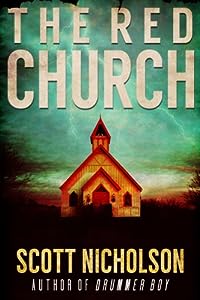 Stoker Award finalist with more than 100,000 copies sold, from the international bestselling author of McFALL and DRUMMER BOY.

A boy and a sheriff must solve the mystery of a haunted Appalachian church when a strange preacher returns to town.

For 13-year-old Ronnie Day, life is full of problems: Mom and Dad have separated, his brother Tim is a constant pest, Melanie Ward either loves him or hates him, and Jesus Christ won’t stay in his heart. Plus he has to walk past the red church every day, where the Bell Monster hides with its wings and claws and livers for eyes. But the biggest problem is that Archer McFall is the new preacher at the church, and Mom wants Ronnie to attend midnight services with her.

Sheriff Frank Littlefield hates the red church for a different reason. His little brother died in a freak accident at the church twenty years ago, and now Frank is starting to see his brother’s ghost. And the ghost keeps demanding, “Free me.” People are dying in Whispering Pines, and the murders coincide with McFall’s return.

The Days, the Littlefields, and the McFalls are descendants of the original families that settled the rural Appalachian community. Those old families share a secret of betrayal and guilt, and McFall wants his congregation to prove its faith. Because he believes he is the Second Son of God, and that the cleansing of sin must be done in blood.

“Sacrifice is the currency of God,” McFall preaches, and unless Frank and Ronnie stop him, everybody pays. 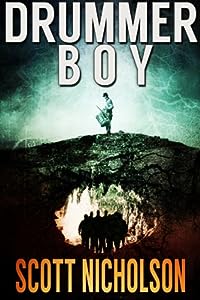 A thriller from the international bestselling author of McFALL and THE RED CHURCH. One misfit kid is all that stands between an Appalachian Mountain town and a chilling supernatural force.

On an Appalachian Mountain ridge, young Vernon Ray Davis hears the rattling of a snare drum deep inside a cave known as “The Jangling Hole,” and the wind carries a whispered name. According to legend, the Hole is home to a group of Civil War soldiers buried by a long-ago avalanche. Everyone, especially Vernon Ray’s dad, laughs at him… because he’s different.

On the eve of an annual Civil War re-enactment, the town of Titusville prepares for a mock battle. But inside the Hole, disturbed spirits are rising from their dark slumber, and one of them is heading home.

And Vernon Ray stands between the battle lines of the living and the dead, caught between a world where he doesn’t a belong and world from which he can never return… 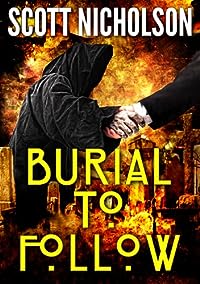 When Jacob Ridgehorn dies, it’s up to Roby Snow to make sure his soul goes on to the eternal reward. The only way Roby can do that is convince the Ridgehorn family to eat a special pie. Lurking in the shadows is a mysterious figure named Johnny Divine, monitoring the crossroads between the living and the dead. Southern Appalachian funeral customs get crossed when Roby has to perform miracles… or else. 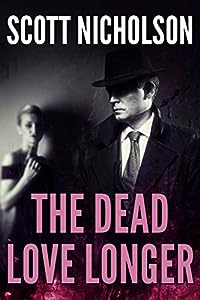 Private investigator Richard Steele must solve his most difficult case ever — his own murder — while caught between women on both sides of the grave. His lover Lee is tangled up in the mess he left behind, and his dead ex-wife Diana has been waiting on the other side for her chance at revenge.

In a race against time as his spirit slips away, Richard confronts his many, many failings and faces a power beyond his understanding–love. His only weapon is faith, and he’s running out of bullets.

It’s going to be a hell of a final showdown.