What Day Is It & Free Kindle Books

Let me get this straight. My baby bassets are on SUMMER vacation and it is raining outside. I am trying to see the logic in this. I would be really pissed if I had been organized enough to have already put all the winter clothes and gear away up in the attic. I would have had to climb up into that spooky place where I am certain fuzzy critters live, and gotten that huge organized tote back down. Thankfully I am not that put together and everything is still in the closet…or on the floor. 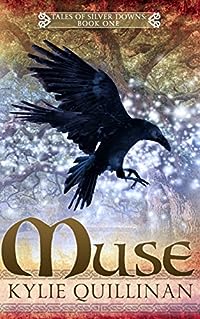 He’s a melancholy bard. She’s expecting to settle into a boring and predictable life. They’re the world’s only hope against a nightmare…

Diarmuid is hardly a typical bard. Instead of composing cheerful ballads, he shares cautionary tales that reflect the darkness he feels inside. When his muse comes to life, she sets out to live life in the only twisted way she knows how.

Brigit tries to be a good wise woman like her mother but feels like she’s wasting her life peddling charms and cures. When she encounters a fey and becomes the victim of a cruel curse, she gets more adventure than she ever wanted.

As the pair cross paths, they soon realise that the only way to succeed in their quests is to join forces. Together, they discover the true nature of Diarmuid’s bond with his muse. While the world will never be safe with the creature on the prowl, destroying her could have fatal consequences…

Muse is the first book in a series of Celtic-inspired epic fantasy novels. If you like lush historical backdrops, complex characters, and new spins on Celtic mythology, then you’ll love Kylie Quillinan’s engaging series starter. 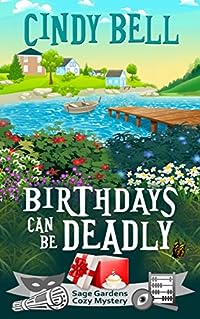 The retirement village, Sage Gardens, has villas set amidst beautiful, lush gardens surrounding a sparkling, blue lake. Everything is peaceful in the small, secure retirement community.

That is until a resident, James, dies at his birthday party. Given his age it is presumed that he died of natural causes, but foul play is suspected and three residents join forces to try and uncover the truth. Although they are retired they use their skills and experiences from their professions as a detective, crime journalist, and accountant in the search for the murderer. But first they have to work out who a mysterious, yet familiar resident is.

Just who is the mystery resident and will she prove to be an ally or foe? Will the ‘Sage Gardens Sleuths’ be able to catch the killer before one of them becomes a victim themselves? 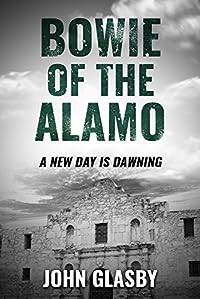 Bowie of the Alamo
by John Glasby
Genre: Thrillers | Westerns

Louisiana and Texas are seething with power-hungry, hard-hitting men who will stop at nothing to get what they want…

James Bowie, an adventurer and pioneer, decides to try and make it out West, across the frontier and into the Mexican territory of Tejas.

He joins a group of settlers who are following the trail out with their wagons.

But the vast expanses of the desert are largely unchartered territory – immeasurably big, wild and untamable.

And with outlaws, bandits and Indians along the trail, there is no telling if they will reach their destination alive.

It is, he believes, a man’s duty to push the frontier westward, and to reach the promised land.

There are increasing numbers of Americans moving into Tejas county and trying to claim it for America, believing that they can make it into an American state.

But Mexico will not let go without a fight.

The Mexican government resolves to do everything it can to prevent Anglo-American colonisation of the state, declaring martial law in Tejas and attempting to disarm the colonists.

Bloody battles break out, and Bowie finds himself caught up in the chaos.

In the midst of the mayhem he questions the purpose: is there any sense in men dying and killing each other in this way?

Will all their fighting be in vain?

And will they sacrifice everything they have in this vicious war for control?

Bowie of the Alamo is a blazing novel of the west about the men who took part in the final shaping of the country. The perfect read for fans of Louis L’Amour. 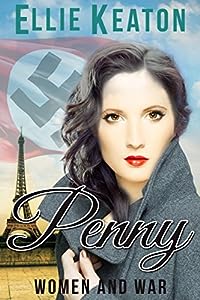 Penny is hell bent on revenge on the man who caused her to flee France as a teenager with little more than the clothes on her back. She lost everything, her friends, her home and her family. She is desperate to find love and to go back home. The Nazis have occupied her country. To return now means she will risk arrest, imprisonment, hideous torture and perhaps even death. Her British friends and adoptive family don’t understand her need to go back.
It’s the second year of the war. Britain stands alone. Civilians face death and destruction on a daily basis through the Blitz. Penny throws herself into her translation job in order to forget about the man that broke her heart. Yearning to do more, she convinces her bosses to drop her behind enemy lines in Northern France as a spy. Working with the resistance in the darkness of occupied France her bravery, skills and resourcefulness are tested to the limit.
Now a trained killer, she comes face to face with the man she holds responsible for the loss of everything she held dear. Will she let revenge destroy any chance of happiness the future may hold? Or will she give in to the love she has waited a lifetime to find? 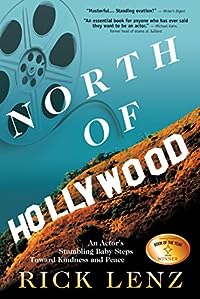 North of Hollywood: An Actor’s Stumbling Baby Steps Toward Kindness and Peace
by Rick Lenz

Dysfunction, addiction, courage and hope: A Hollywood story with a happy ending

The hardest part of a glamorous life, of any life, is to find your feet and stay standing.

North of Hollywood dips under the surface of showbiz and the usual celebrity encounters to unreel the story of a dysfunctional young actor who becomes successful beyond his wildest dreams.

When Rick Lenz is plucked out of Broadway as the only member of the original cast of “Cactus Flower” to star in its film version, he finds himself opposite gilded screen names like Ingrid Bergman, Walter Matthau and Goldie Hawn. The film’s smashing success finds a new star in Lenz and leads him to a smorgasbord of television and film roles acting opposite Peter Sellers, Jackie Gleason, John Wayne, and many more.

Somewhere within this bewildering sweep of success, Lenz’s life flies apart. His third child is born. His second marriage ends. He makes a handful of lunatic career decisions and he finds himself standing alone and naked on the stage of a tiny theater. At that moment, Lenz’s life has dropped out of frame into a helpless freefall.

Written with piercing honesty, North of Hollywood unwinds as a psychological cliffhanger, but between the tragedy and comedy the reel dips even deeper into a love story. When Lenz discovers astonishing courage and compassion in a woman named Linda, he begins to find the strength to face his life’s biggest plot twists yet: the fallout of his personal and professional fiascoes, his sister’s battle with cancer, and his daughter’s life-and-death struggle with addiction.