You would think if I abused my body enough times that it would get stronger and used to the abuse. No. Just no. I played a little hard last night jumping from a higher distance than I should…repeatedly, and this morning I am paying for it. The exercise in our Parkour class was to try and land softly, but I was having too much fun landing with a thud that sounded like King Kong. It was an awesome noise! Coach said it’s not good for your knees and back and it putting too much strain on them. I thought I would pay for it in the future. The future was sooner than I thought and this morning I can barely walk. Thankfully my seat has wheels and I can get around rather nicely. As long as I can reach the coffee machine all is good. Lesson not learned. 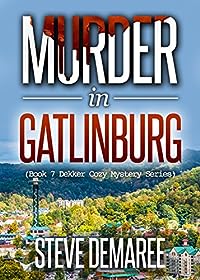 Two detectives retire and are given a vacation to Gatlinburg, Tennessee as part of their retirement gift. They are traveling as part of a bus tour group, but shortly after they leave home they suspect someone has been murdered. One of the detectives (Cy) forgets he is retired and tries to solve the murder of someone whose body has not yet been discovered, while his friend (Lou) must continually remind him that they are now retired. Cy tries to sneak and solve the murder without a body yet being discovered, while enjoying the first vacation he has taken in over thirty years. Humor and mystery abound. 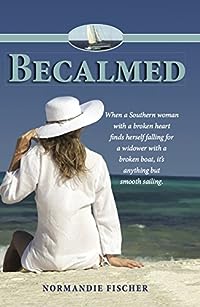 When a Southern woman with a broken heart finds herself falling for a widower with a broken boat, it’s anything but smooth sailing.

With her days chock full – designing jewelry for the shop she co-owns with her best friend, sailing her sharpie, and hanging out with girlfriends – Tadie Longworth barely notices she’s morphing into the town’s maiden aunt. When Will, a widower with a perky daughter named Jilly, limps into town in a sailboat badly in need of engine repairs, Tadie welcomes the chance to help. Her shop becomes Jilly’s haven while Will hunts boat parts, and Tadie even takes the two of them sailing. It’s the kind of thing she lives for, and it’s a welcome distraction from the fact that her ex-boyfriend Alex, aka The Jerk of Jerks, is back in town. With his northern bride. Oh, and he’s hitting on Tadie, too.

Those entanglements are more than enough, thank you very much, so it’s almost a relief when a hurricane blows into town: at least the weather can match Tadie’s mood. When Will and Jilly take shelter in her home, though, Tadie finds herself battling her attraction to Will. Even worse, the feeling is mutual, tempting them all with what-ifs that petrify Will, who has sworn never to fall in love again. Mired in misunderstanding, he takes advantage of the clear skies and hauls Jilly out of there and back to his broken boat so fast, Tadie’s head spins.

With the man she might have loved gone, and the man she wishes gone showing up on her doorstep, Tadie finds herself like a sailboat with no wind; becalmed, she has to fight her way back against the currents to the shores of the life, and the man, she wants. 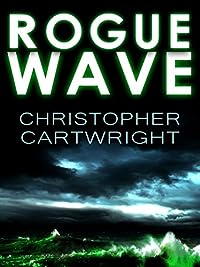 The offer – $20 billion split between four leading scientists on alternative energies to purchase and then squash their research lines, which include the recent discovery of a powerful new energy source capable of replacing mankind’s reliance on fossil fuels.

There’s no doubt their discovery is worth ten times that much. But will any one of them live if they refuse?

At the same time, the greatest technological advancement in warfare since the creation of the Atomic bomb has been discovered, and is being offered to the highest bidder.

There is just one problem though; the seller might no longer have any control of the weapon.

Can Sam Reilly weave his way through the web of industrial and political espionage before the human race loses its greatest fight for survival? 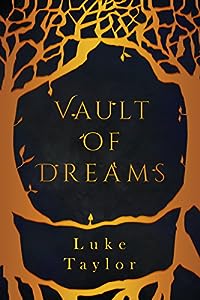 Vault of Dreams
by Luke Taylor

Albanland. Emerald hills and ice blue lochs, bordered by Nørds raiders and the haughty monarchs of South Angle, each dynasty eager to seize lands weakened by a civil war in which a usurper has risen to seize the cloven throne.
Morgance, Faer Princess of the Night.
And by her side, the fearsome Ultan Skölhammer, sworn Guardian of the Crown.
But Rhoswen, rightful heir to the throne, princess in exile, leads a final uprising from the depths of the forest, an uprising that twists together the lives of the most unlikely companions.
A notorious thief accused of a crime she did not commit.
A baird apprentice searching for the meaning of life.
A pair of brothers who can’t seem to stay out of trouble.
And a gypsy bound to the ancient artifact known only as the Vault of Dreams. 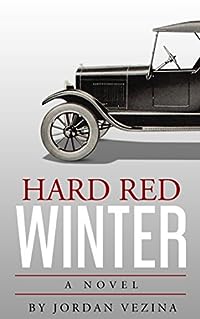 Growing up on the streets of 1930’s Atlanta, Henry never learned to see color the way that others did. As his journey takes him across the deep south by boxcar and then to Illinois in the truck of a bible salesman named Frank, Henry begins to see the tapestry of a distressed America unraveling like the road before him. This book chronicles Henry’s journey from being a dirt poor orphan, to finding himself the patriarch of an accidental family, working a farm on the verge of collapse, and coming nose to nose with the early twentieth century realities of racism, the Ku Klux Klan and the cheapness of life.