In just a few minutes I am meeting a beekeeper who has been working with bees for over thirty years. He has offered to come out and take a look at all three of our hives to see if he can offer any advice. I am so nervous. I feel like I am turning in a project for school that is worth half my grade. Wish me luck! 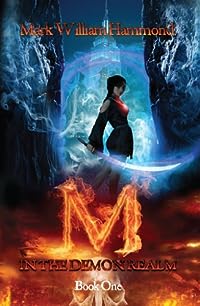 M in the Demon Realm
by Mark William Hammond

The raging demons of Hell are always ready to escape their dark prison, and destroy humankind. This war has been fought since the beginning of time, but this is no ancient legend. A Hell Gate is opening. The battle will be fought now. Demons hunt the one young woman that can stop hell on earth.

Korean adoptee Emma Ricci has big plans. A graduate of New York’s Fashion Institute of Technology, Emma dreams of starting her own fashion line and marrying her boyfriend, Adam. For now, she waits tables in a Korea Town restaurant.

With the help of Chinese masters Li Bai and Zhan Ziquian, Emma discovers her heritage and past lives as a demon slayer. She also comes to the attention of Anthony DeAngelo, the NYPD detective assigned to the wendigo killings. DeAngelo obviously finds Emma attractive, but isn’t going to let his feelings interfere with his investigation.

As demonic activity increases, it becomes apparent someone — or something — plans to open a hell-gate in Lower Manhattan. Emma’s the only one capable of closing the door to the demon realm. Unfortunately, closing a gate kills the demon slayer.

Starting her own fashion line is beginning to look real unlikely… 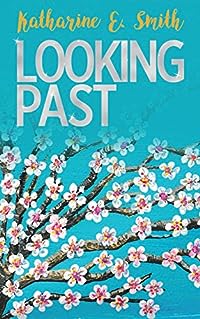 Looking Past is a tale of family, friendship, love, life and death – not necessarily in that order. This book will strike a chord with mothers, daughters, and daughters-in-law, everywhere.

“Without offering coping mechanisms or advice, this is ultimately an uplifting story about being true to yourself and becoming a mother on your own terms.” Today’s Child Magazine

Sarah Marchley is eleven years old when her mother dies. Suffering an acute sense of loss, she and her father continue quietly, communicating far too little.

At university, Sarah begins her first serious relationship. Along with her new boyfriend comes his mother, the indomitable Hazel Poole. Despite some misgivings, Sarah finds herself drawn into the matriarchal Poole family. She discovers that gaining a mother figure in her life brings mixed blessings but she also realises her own mother’s love has never died.

If you enjoy psychological fiction with a dry sense of humour, this is for you.

Looking Past was selected for the People’s Book Prize Winter 2015 Collection. 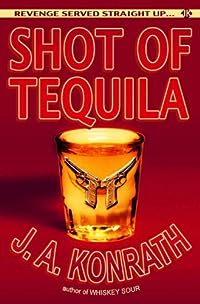 A GUTSY ROBBERY
Several million bucks, stolen from the mob…
A PERFECT FRAME
All caught on video, with no chance of redemption…
A RED HOT RECIPE FOR RAMPAGING REVENGE
Now one man must face the entire Chicago Outfit, a group of hardened Mafia enforcers, a psychotic bookie, the most dangerous hitman on earth, and Detective Jacqueline Daniels…
His name is Tequila. And he likes those odds.

SHOT OF TEQUILA by JA Konrath
Revenge served straight up… 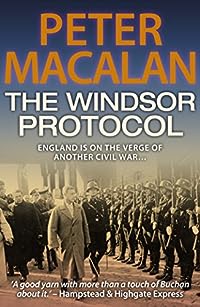 August 1940. Hitler is triumphant in Europe and Britain stands alone against the might of the Nazi forces.

At the Channel Ports, 39 divisions of the Wehrmacht, plus 2 airborne divisions — a total of 260,000 men, tanks and artillery await the word from the Fuhrer to launch ‘Operation Sealion’ — the invasion of England that Hitler felt would bring about the end of the war and cement the Third Reich as the most powerful leadership in Europe.

Why do they hesitate?

Hitler’s scheme to endow his invasion and occupation with its greatest chance of success, is to reinstall the Duke of Windsor as King.

The Duke, formerly Edward VIII, had been forced to abdicate in 1936, but is known to admire Hitler and Mussolini and to be in favour of a peaceful settlement with them.

Due to his experiences of the horrors of trench warfare between 1914 and 1918, Edward leans far more towards the idea of appeasement, rather than another lengthy and costly war.

Hitler, having met with Edward in 1937, sees the Duke as the key to cracking England.

Edward’s return as King, being a popular figure among the British people, could cause a conflict of loyalties, perhaps a civil war, which would make the Nazi invasion easier.

A puppet English monarch under Nazi control would alter the entire course of the war – Operation Willi.

Walter Schellenberg, who was awarded the Iron Cross for his role in the Venlo Incident the year before, was assigned to handle the operation.

The final plan would be to entice the Windsors over the border to Spain and keep them there to “protect them from plotters against their lives, specifically the British Intelligence Service”.

The British secret intelligence service must do all they can to get to the Duke first.

So much seems to hang in the balance that Churchill himself becomes involved in keeping the Nazis from contacting the abdicated King of England.

They must act fast. 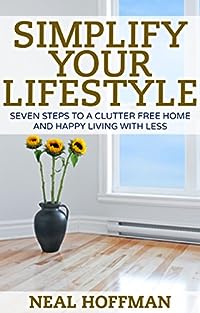 Simplify Your Lifestyle: Seven Steps To A Clutter Free Home and Happy Living With Less
by Neal Hoffman

Have you ever felt like stop buying unnecessary things, clutter free your house and spend more quality life with your family? Have you been trying hard to organize your living and working space and live with less? Simplify Your lifestyle is a solution you are looking for.

The most important thing you can take away from this book is that you deserve to live a lifestyle where you are happy with how your home and workplace is organized.

This book will not just give you directions how to throw old newspapers. Here you will learn how stay happy with less.

• Why do we stash objects

• Benefits of simplifying your lifestyle

• How to organize a kitchen

And much, much more…

If you are ready to take control and see changes for better, simply scroll up and grab a copy of Simplify Your Lifestyle today.