If ever I am feeling down about the lack of progress in taming my little guinea pigs, I can always turn to my sweet chickies to feel better. My little escape artist Iggy still loves her hugs and as soon as she spots me coming from the house, she runs towards me and waits to be picked up. It’s the sweetest feeling to hold her in my arms while I examine the garden and chit chat with her about my plans. My friends who don’t have chickens  often laugh at how much I baby my sweet ladies, but those who have chickens understand exactly why I love them so much. I think hubby would be jealous of them, but he always knows how much I love him because I am always willing to share my chocolate with him… most of the time. When I admit I have some. 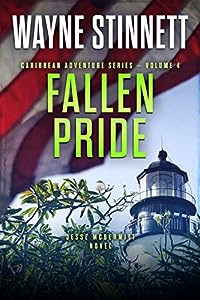 Fallen Out, the first book in the Jesse McDermitt Caribbean Adventure Series, is also discounted.

Retired Marine Jesse McDermitt faces an antagonist unlike none that he’s faced before, post-traumatic stress. A friend’s son, dishonorably discharged from the Corps, is suffering from nightmares, brought on by an incident that was the catalyst for his discharge.

With Jesse’s help he learns to cope with his demons and gets his discharge overturned, so that he may once again serve the country he loves.

Meanwhile, another foe is out to get Jesse, Deuce, and anyone else that gets in the way, including a highly placed elected official. When it’s learned that the foe is one of their own, all hell breaks loose around the Florida Keys. 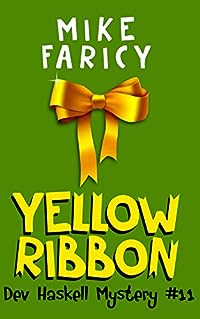 The city’s laziest Private Investigator, Dev Haskell, agrees to help out his friend Isabella and babysit her two young daughters. But he’s on the job for little more than an hour before he’s assaulted and the girls are kidnapped by Carlos O’Kelly, along with Dev’s Sig Sauer pistol and his car.

Apparently the world’s dumbest criminal, Carlos next knocks over a mob card game, using, of course, Dev’s gun and car. Which puts Dev in something of an awkward position with the local crime lord, Tubby Gustafson. Tubby gives him forty-eight hours to get the money back. And Isabella’s kind of missing her kids, no pressure or anything.

So here we have another of Mike Faricy’s wickedly entertaining mysteries, full of twists and turns with yet another set of wonderfully bizarre, madcap characters. For fans of humorous mysteries, PI stories of all stripes, and out-and-out zany writers, like Carl Hiassen, and Tim Dorsey, witty ones like Lawrence Block and Tony Dunbar, outrageous ones like Donald Westlake. 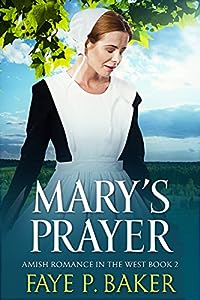 Mary Beiler is not ready for change. She wants to hold onto the past as tightly as she can. But new roles and relationships test Mary’s boundaries as she learns that she must trust God’s plan for her life.

Eli Glick used to be a school-yard crush, but she hasn’t let herself dream of a future with him. When their paths begin weaving together, she starts to wonder if the feeling she notices towards him might be more than the memories of her childhood.

Not so bad! How was that for a compliment! she thought angrily as she stood and stepped towards the ladder. She turned to move down it, but as she placed her boot on the first rung it slid sideways several inches, and she took her foot off.

He stood and walked towards her, and knelt near the top of the ladder. He held it in place as she turned again and put her foot on the top rung. This time, with his help, it was perfectly solid.

“See what happens when we work together?” he asked, and she felt a smile peek onto her lips despite her upset.

How does he do that to me? she wondered. She’d just been feeling upset and sorry for herself, and now a crack of lightheartedness found it’s way into her heart. It was as if he was bringing out her smiles –smiles that had been buried such a long time that they almost felt strange on her lips.

As she climbed down, she once again found herself uncomfortably close to the handsome man. Eli grinned at her. He was looking right into her eyes, and this made her blush. She was glad, at least, that he was no longer staring at her scars.

“You sure that we can spend this time together, and you won’t fall in love with me?”he asked in his deep voice.

Mary knew he was teasing her, but she felt her heart skip a beat at the flirtatious sound in his voice. Oh don’t flatter yourself, she thought. He’s only teasing you, just like he acts with all the girls. Besides, he likes Abby Trovey. With his face so close, and his blonde hair and good looks only inches away from her, she swallowed hard.

Will Eli Glick see past Mary’s scars and into her heart?

Will Mary learn to trust again? 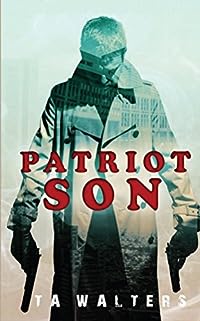 From the Best Selling Author of the Silo 40 series

Out of a nuclear-induced EMP, America is shaken as all three of our country’s main power grids are destroyed. Trucks, cars, buses, and even trains roll to a permanent halt. Streets and highways appeared as desolate as auto junkyards and major cities became mausoleums of the millions who died from sarin gas bombings.

Foreign superpowers rose up while our nation’s leaders fought amongst themselves. Radical nations acquired nuclear ICBM’S and opened the door for a mass assault. Geo-satellite keycodes were sold by our nation’s political power brokers; the rest, being strategic military satellites, all hacked and rendered useless.

China and Soviet naval forces back up our nation’s shores for radical Islamic forces to invade and round up urban countrymen, women, and children as spoils of slavery to be interned in labor and death camps.

Patriot Son is a Science Fiction Military story of War within our Homeland portraying the human condition in a day to day relationship with the perils of engaging enemy invaders on our American Soil. It’s about the human spirit’s will to survive beyond all expectations.

This Science Fiction Fantasy story is the first book in a series that lays out most of the backstory to the many adventures that lie ahead. 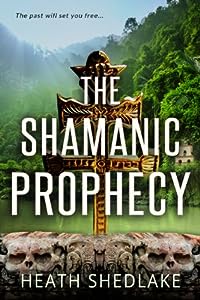 VENEZUELAN RAINFOREST
1697 AD
Heath Shedlake’s unique style of writing tells the story of Jabuti, a young tribesman living in a remote village, untouched by foreign influence. That is until one fateful day and his encounter with the mystical shaman. What he discovers on that day changes his world forever. From that moment onwards, Jabuti has a yearning to discover more about the secrets to his past, which propel him into an uncaring and violent world. His quest will force him to confront his inner demons in his search for inner peace.
The Shamanic Prophecy reminds us that we must never lose sight of our dreams, no matter what the obstacles. 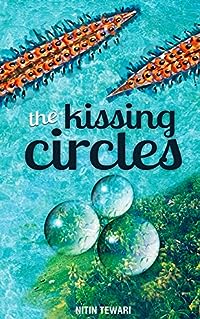 The Kissing Circles: to be or not to be…extraordinary
by Nitin Tewari, Meher Haque

In 2007, at the height of the Global IT boom, Manoj Bansal and Rajesh Pandey, two newly-released prisoners of Engineering with mediocre grades and a looming IT future, set out for Trivandrum for their Corporate Learning Programme (CLP). Torn between their past miscues and topical aspirations, they soon run into their fellow trainee, Adish Matthew – a Malayali Computer engineer, and a village simpleton Mutthur Sankunni – the no-hope skipper of Maruthi Vallam, gearing up for the annual Vallamkali.
Bound by a common thread of mediocrity, they shun the modern world’s great expectations of finding their life’s purpose and instead, take off on a spree to discover the tranquility of the God’s own country. Until one day… when a Tsunami of mishaps rocks their life, impelling them to join hands and transfigure into the four kissing circles.
Together they sally forth in the backwaters of Aleppy to cast off their mediocrity and take charge of their own lives, fighting the most irrelevant battle of our times: To be or not to be, extraordinary.
But do they win or do they not?