Shark week is one of my favorite holiday seasons. 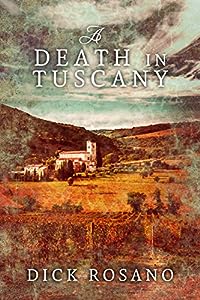 A Death In Tuscany
by Dick Rosano

Filippo Trantino grows up in Tuscany and later moves to America with his family, leaving his heart among the vines of his family’s wine estate.

After he returns home for a funeral, his cousins convince him that Nonno Filippo’s death was not an accident. While solving the crime, Filippo traverses the pastoral landscapes of Tuscany, indulging in the area’s most delicious wine and food, and discovers the life he was always meant to live. 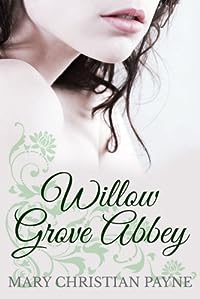 She must choose between the man she loves and the inheritance she deserves…
Willow Grove Abbey is the first novel in the Somerville Trilogy, set in England, and spanning the years of World War II from 1935 to 1945.

This fast-paced novel focuses upon the life of the primary character, Lady Sophia Somerville, who begins life as the daughter of the charismatic but unscrupulous Earl Nigel Somerville and his wife, the breathtaking, but rage-prone Countess Pamela Somerville. Sophia’s journey of growth begins with her attendance at The Ashwick Park School, followed by her much anticipated debutante season, both of which become watershed moments in her life. Written in the first person, this book is rich in historical detail about the fascinating era in which she lives, and the reader experiences those tumultuous times through Sophia’s eyes.

Willow Grove Abbey is a love story which faces tremendous obstacles due to Sophia’s parent’s refusal to give their blessing to a marriage between their daughter and the man she adores, physician and RAF Group Captain, Spencer Stanton. It is also the story of her relationship with school mate and dearest friend, Edwina Phillips, which takes the reader from the joyous times of youth in the 1930’s to heartbreaking betrayal. The interaction between these two individuals forms the core of this character-driven book.

Lastly, it is the story of a highly esteemed British family, which appears to be the epitome of grace, charm and dignity, when in reality, they are intensely flawed. Sophia struggles with her lifelong need for parental approval versus her emerging values and morals, while long held family secrets emerge and threaten to destroy the Somerville family. She is faced with an untenable decision… whether to hold fast to her values and accept permanent estrangement from her family, or continue to be the dependent, young girl her parents have always insisted that she be. As she grows, she is faced with the daunting challenge of attempting to comprehend, forgive, and unconditionally love her profoundly imperfect family. 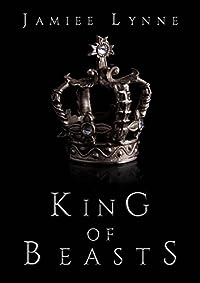 King of Beasts
by Jamiee Lynne

If you can see them, you’re already dead. If you can hear them, you’re not far from it. If you can smell them, like the forest they live in, avoid danger at all conceivable costs.
Because they’re the monsters in the shadows of Harvey Hill’s forests, and their king needs his queen.

Charlotte and her burning red hair is a sight to behold. Though every bit as feisty as her sharp green eyes, but she’s weary of the beasts that roam at night… of werewolves and unspoken beasts that threaten to abduct you, never to be seen again. After all, here in Harvey’s Hill, when the clock strikes ten, you best be inside, praying to the moon that the monsters pretend you’re not there.

Yet, speeding down a highway late one night, she makes a grave — nay, fatal — mistake.

Gabe saw those same smoldering embers that same night. Bloody and limp yet scathingly beautiful, her small but defiant voice burns through his soul. He reaches out, aching to claim her, but she knows her runes against beasts like him, and she isn’t going down without a goddamn fight. But the King of Beasts always gets what he wants, and so he drags her away to be his forever… or so he thought.

Just when love and passion take its course, odd things starts happening. Sinister things are in the works. And when Charlotte and Gabe find their bond broken, everything falls apart… maybe even their sanity.

What are the secrets of this strange, strange town? When death is hot on her heels, will Charlotte escape? Will the king ever get to claim his queen?

Be captivated by this dark tale of undying love that defies the paranormal in Jamiee Lynne’s new book, King of Beasts.

But be warned: the insane plot twists and spine-tingling thrill might just make you a bit mentally unstable — temporarily, that is. Grab your copy now. 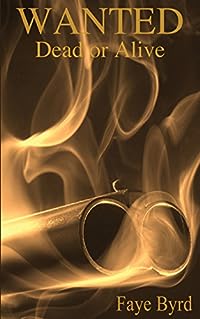 “How’d ya get that wound, Nathan?” she asks, brow raised.
“Ran into some trouble ’bout a day’s ride from here,” I respond truthfully. “But don’t worry, the other guy didn’t make it.” I smirk. She may not need a know all my business, but I don’t want her thinking I can’t be dangerous.

At seventeen, Nathan King’s living a hard but proud life with his ma and pa on the family farm. One fateful day, it all comes crumbling down, and he’s only got two paths in front of him. Right and wrong. The six-year journey that follows makes him infamous, but it’s his run in with Josephine Hess that teaches him the true meaning of life. Together, they travel the West, assisting those in need, all the while trying to stay one step ahead of those looking to take ’em in.