Got That Feeling & Free Kindle Books

I just couldn’t figure out why I could not escape the creative juices that were oozing out of my brain and the compulsion to make them happen. I finally figured out what was to blame. It’s all the home improvement and tiny house living shows I watch. I’m going to watch and exercise video and see it that has the same affect on me. Wish me luck. 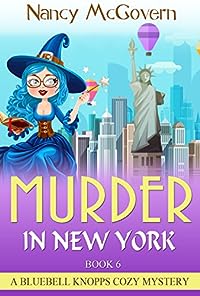 THE WITCH IS BACK!

The blue-maned, hairstyling, mystery-solving witch, that is!

Nothing could make Bluebell happier than learning that her beloved childhood friend has become engaged. But when his announcement is followed by an urgent request for Bluebell to visit him in New York, she begins to wonder whether things are as wonderful as she’d initially assumed. And it won’t be long before her suspicions are proven correct.

There are dark forces at play in the city and soon Bluebell finds herself in the thick of a homicide investigation involving her close friend, a well-known dynasty and a business tycoon with a serious peanut allergy. Worse yet, there’s evidence to suggest that her friend’s fiancé just may be the murderer! And, when another person is found dead, Bluebell realizes that she must act fast if she hopes to save her friend’s future before it becomes a thing of the past!

Can Bluebell find the answers? And will discovering the truth make her regret her trip to the big city?

Find out in Bluebell’s 6th adventure, Murder In New York! 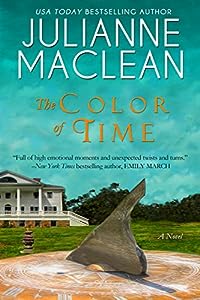 They say it’s impossible to change the past…
Since her magical summer romance at the age of sixteen, Sylvie Nichols has never been able to forget her first love. Years later, when she returns to the seaside town where she lost her heart to Ethan Foster, she is determined to lay the past to rest once and for all. But letting go becomes a challenge when Sylvie finds herself transported back to that long ago summer of love… and the turbulent events that followed. Soon, past and present begin to collide in strange and mystifying ways, and Sylvie can’t help but wonder if a true belief in miracles is powerful enough to change both her past and her future… 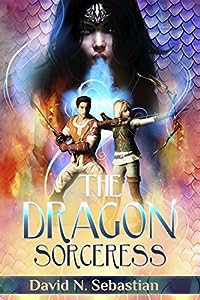 The Dragon Sorceress (Destiny is an Adventure Book 1)
by David N. Sebastian

“This book is sure to be a hit with fans of Percy Jackson or Narnia.” – 4 Stars on NetGalley, Melanie Thompson, Librarian

For centuries, the world of Aeon has lived in shadow, ruled and oppressed by a great evil. The land is overrun by creatures of the dark. Its people cower without protection, without hope… until now.

Prophecy spoke of a chosen one who will bring an end to the dragon sorceress, and on that day were born two. Kali and Drake. Cousins and warriors, devoted to their duty and to each other. They embrace their fates. Together with their friends, Ferra and Harold, they embark on a perilous journey, tempting evil at every turn, for they are being hunted. With danger and death on their heels, they must battle forces of nature and magic, calling forth their courage to conquer not only the sorceress herself, but an even greater enemy. Fear.

From a small woodland village to the stone keep of Infinitas, only one thing is certain.

Destiny is an adventure. 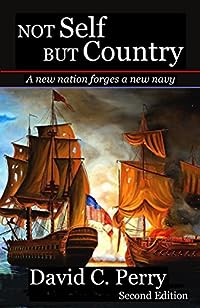 Not Self but Country: A new nation forges a new navy
by David Perry

“Not Self but Country” is the first book in this new series telling the story of the infant US Navy.

“Not Self but Country” is a story of the men who sailed into battle against the mighty British Navy in their smaller, often obsolete vessels converted from merchant ships of the day — men with names such as John Barry, Richard Dale, and John Paul Jones.
Now you can experience the exploits of these men. At sea aboard a fragile wooden sailing ship of the Continental Navy, you find yourself fighting desperate battles against the world’s largest and most powerful Navy, Great Britain. Cover your ears! Cannons are firing everywhere — you cough on the pungent smoke, dodging and ducking as jagged oak splinters cartwheel past your eyes.
There is nonstop action in this exciting new book. 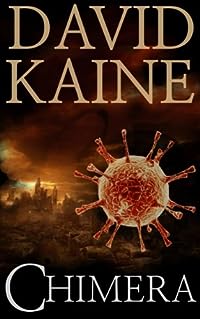 Graduate student David Pattison is on the verge of publishing his work on an ancient conspiracy when killers show up at his door. Wounded and on the run, he finds himself falsely accused of a terrible crime.

Now Pattison must escape to Paris to trace a delicate thread of truth that winds through an impenetrable maze of deception and paranoia. With the help of Ines Durand, a beautiful and passionate political activist, he begins to decode a shocking secret that has slept for thousands of years… and now threatens to make a deadly awakening. 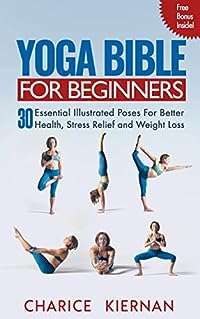 Get access to 30 yoga poses with step-by-step instructions to develop your own yoga practice.

Do you often feel stressed, tense, or even anxious? Do you have the tendency to ruminate about past events? Would you like to live a healthier and happier life instead?

Then you have come to the right place: ‘The Yoga Bible For Beginners’ will allow you to reconnect with your deepest self again, so you can experience deep joy, contentment and inner peace.

The number of Americans that practice yoga regularly has increased grown from 20.4 million in 2012 to a staggering 36 million in 2016!

This many people can’t be wrong.

We live in a fast-paced world in which our senses are constantly stimulated. Yet, this progress comes at a cost. We are constantly tempted to keep up with Joneses, and many people have lost the connection between their mind and body.

Yoga can help restore this balance. For example, one study showed that yoga – even when practiced for the very first time! – can normalize levels of the stress hormone cortisol.

In this book, you will be taken by the hand so you can develop your own yoga practice and take back control of your health and happiness.

In ‘The Yoga Bible For Beginners’ You Will Learn:

• The Health Benefits of Yoga

• How to Perform a Yoga Pose Correctly

• The Foundation of a Yoga Practice: Breath Awareness and Relaxation

• How to Make Yoga a Habit

• The Eight Limbs of Yoga

And as a FREE BONUS, you will find a script inside that you can use to record your own guided relaxation!

Sound good? Then let’s get started!