One More Free Kindle Books For The Road

I just can’t stop watching guinea pig videos with my guinea pigs. I wonder if they consider them soap operas. 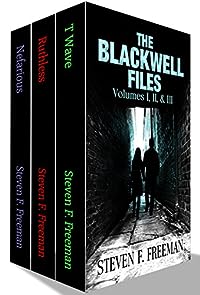 Blackwell Beginnings…
NEFARIOUS: a fast-paced foray charting the investigation of an ex-Army captain and an intelligent, beautiful FBI agent into a covert, sinister project.

RUTHLESS: Alton and Mallory strive to identify the culprit behind a series of perplexing homicides, racing to unravel the mystery in time to avoid becoming the killer’s next victims. But will their growing relationship survive the presence of the beautiful Chelsea Mancini, who seems to lie in the center of the chaos?

T WAVE: FBI agent Mallory Wilson begins investigating the potential theft of narcotics at a local hospice, but the case quickly escalates as she and boyfriend Alton Blackwell uncover a series of questionable patient deaths. Can they unravel the mystery in time to stop a potential killer? 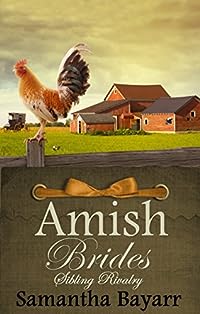 When Bethany and Lavinia Miller discover a handsome Englisher barely conscious on the bank of Willow Creek, rivalry comes out in its ugliest form as they argue over who will get to care for him. Despite knowing their father would never approve of their actions, they decide to stow away the Englischer in the loft above their barn.
While they compete for his attention, it becomes evident that the Englischer has a few secrets of his own.
While Nate recovers, he finds himself getting lost in the care of these two young Amish women, leaving him wondering if he might want to stay. But when another woman shows up looking for him, things become more complicated than any of them could have possibly anticipated.

On New Year’s Day 1925 Ivy Rose Murphy awakes to find her world changed forever. Her irresponsible Da is dead. She is grief-stricken and alone – but for the first time in her life free to please herself.

After her mother deserted the family, Ivy became the sole provider for her da and three brothers. Pushing a pram around the well-to-do areas of Dublin every day, she begged for the discards of the wealthy which she then turned into items she could sell around Dublin’s markets.

As she visits the morgue to pay her respects to her Da, a chance meeting introduces Ivy to a new world of money and privilege, her mother’s world. Ivy is suddenly a woman on a mission to improve herself and her lot in life.

Jem Ryan is the owner of a livery near Ivy’s tenement. When an accident occurs in one of his carriages, leaving a young girl homeless, it is Ivy he turns to. With Jem and the people she meets in her travels around Dublin, Ivy begins to break out of the property-ridden world that is all she has ever known.

Through Streets Broad and Narrow is a story of strength and determination in the unrelenting world that was Dublin tenement life. 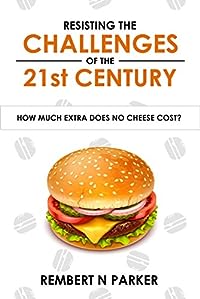 Resisting the Challenges of the 21st Century: How Much Extra Does No Cheese Cost?
by Rembert N Parker

So, how’s that 21st century working out for you?

Perhaps it seems like death by a thousand paper cuts.

Oh, sure, we have all the big problems that have plagued Society since time began. Unfortunately, the number of small, seemingly insurmountable problems that keep cropping up in all parts of life seems to be multiplying.

While taking Arms against a Sea of Troubles may sound like a promising idea, the probable result is less than ideal. Instead, this book will show you how to use a diverse set of tools to deal with the small challenges: humor, irony, poignancy, relevant context, common sense, and even old man memories of how we did it back in my day.

Can’t end any worse than that taking arms idea.

The book is organized into six sections, each of which focuses on a specific topic, so it is possible to easily pick and choose which of the 40 chapters you read carefully or skim thru depending on which challenges you face:

There’s even one Billion Dollar idea that you should start working on ASAP.

And, of course, there’s the never-ending battle with the soul-destroying need to pay for cheese when you don’t want any. 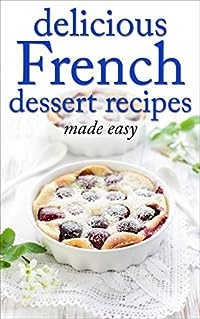 Do you like to make sweet treats to share with friends and family as much as I do?

French cuisine sounds fancy, but with the right ingredients, techniques and cooking mentality, you can create amazing French desserts on an average weeknight in your very own kitchen.

I have shared some of the most popular and delicious desserts France has to offer with easy step-by-step directions. Go ahead and give them a try!

The dessert on the cover is called clafoutis, check out the first page of “Delicious French Dessert Recipes” if you want to know how to make it.