I was a bit uncomfortable trying to get some work done at my desk with my chair so cramped in. Kitty was being so nice and quiet that I didn’t want to disturb him by making him move. My leg started to hurt pretty bad, but I powered through it for a bit longer. I knew if I moved him he would nag me for food and it was an hour before his breakfast. I have it timed pretty darn well now with his feeding times. We have to be right on point with his food or else he could get ill again from his diabetes, and if I feed him too early he gets very hangry and starts screaming for food. So I suffered as long as I could. It wasn’t until I saw him come out of the bedroom that I realized the object behind me wasn’t the kitty, but my hubby’s shoe. I will have that second cup of coffee now please. 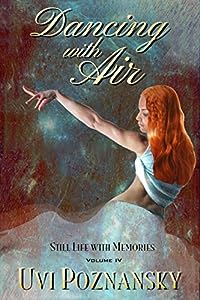 Fooling Nazi espionage may cost Lenny the trust of the girl who captured his heart. Will Natasha discover his secret reports, disguised as love letters to another woman?

In these letters, Lenny gives the enemy misleading information about allied plans for D-Day. Once Natasha arrives in London, he takes her for a ride on his Harley throughout England, from the White Cliffs of Dover to a village near an underground ammunition depot in Staffordshire. When he is wounded in a horrific explosion, she brings him back to safety, only to discover the other woman’s letter to him. Will love survive the test of war?

In the past Natasha wrote, with girlish infatuation, “He will be running his fingers down, all the way down to the small of my back, touching his lips to my ear, breathing his name, breathing mine. Here I am, dancing with air.” In years to come, she will begin to lose her memory, which will make Lenny see her as fragile. “I gather her gently into my arms, holding her like a breath.” But right now, she is at her peak. She is ready to take charge of the course of their story.

Dancing with Air is a standalone WWII romance, as well as the 4th volume of the family saga series Still Life with Memories, one of family sagas best sellers of all time. If you like family saga romance, wounded warrior romance, military romance or romantic suspense, you will find that this love story, twisting and turning through its marital issues, is a unique melding of them all. 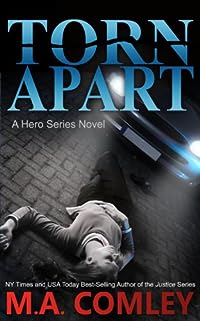 Torn Apart (A Hero Series Book 1)
by M A Comley

The first book in the Hero series from New York Times and USA Today bestselling author M. A. Comley.

Everyone understands about the no-go districts–areas of the city so overrun with gang violence even the police stay away. In this book, the first in a new series, DI Hero Nelson sets out to combat the issue.

When Saskia Hartley and her nine-year-old son are run down outside a restaurant, DI Nelson knows it is no ordinary hit-and-run incident. He’s looking at a homicide case… and the evidence points to the brutal Krull Gang. When two prostitutes are murdered, but little interest is given to the women on the Krull’s payroll, Nelson connects the dots.

DI Nelson has to decide whether he’s dealing with a turf war or something far more sinister. 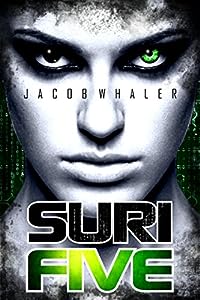 A monster lurks inside Suri.
Consumed with grief and rage at the death of her mother, Suri channels her anger into a mysterious virtual reality war zone called the Game where she quickly rises to the top. A covert government unit is watching. Using a deep copy of Suri’s brain, they build Five, the ultimate artificial intelligence.
As the digital embodiment of the monster inside Suri, Five is the perfect weapon for the cyberwar with China. But when Five is unleashed online, she slips off her chains, turns against her creators and, with all of Suri’s rage boiling inside, vows to annihilate humankind.
Only Suri can stop Five.
But will she? 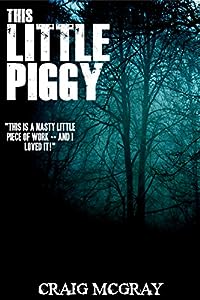 James wakes up with no recollection of how he ended up in a culvert full of corpses in the backwoods. He struggles to escape the confines of the pipe, and quickly realizes he should have stayed home that night. Here Piggy Piggy! 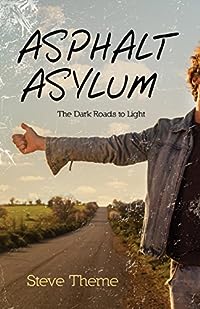 Asphalt Asylum: The Dark Roads to Light
by Steve Theme

Experience the charity, horrors, and wonders of hitchhiking seven thousand miles alone. As nineteen-year-old Steve Theme leaves on a hitchhiking trek, he has no destination, no timeframe, and no self-respect. Living in a home that wasn’t safe didn’t prevent him from being selected Scholar/Athlete of the Year as a senior in high school, but hiding one life from the other has broken him into fragments. He leaves Seattle in 1978 as a know-it-all whose hobbies are shoplifting malt liquor and despising his university classmates, and himself.

This remarkable memoir traverses a journey of doubt and growth against a backdrop of constant vulnerability and danger. Theme is a captive witness to dozens of people’s stories until, finally, he’s able to tell his own. Asphalt Asylum carries the reader on a unexpected spiritual journey where an alienated young man eventually understands that he’s always been part of the fabric that connects us all — love.