Many times in American literature, we see that WWI is associated with a sense of patriotism in men eager to go “over there”. However, the nationalities represented at Davenport House (Irish, German, Italian) shed light on another side of the story. This series beautifully portrays the harsh reality and mixed emotions that Americans faced during the War and show there is hope to be found in the midst of sorrow.

Davenport House is the first book in a family saga following the wealthy Davenports and their servants in 1915 America.

Mary Davenport is a 22-year-old idealist who worries that the world in the Progressive Era is leaving her behind. She lives isolated in the Pennsylvania countryside with her affluent and secretive family. When her father dies suddenly, Mary becomes pained with grief and increasingly suspicious of those around her.

A humble servant girl has the chance of a lifetime to become a lady’s companion. Costly dresses, exquisite rooms, and fine dinners are pleasant distractions from what is really happening in the house. 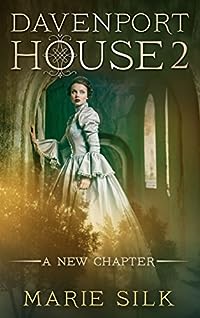 The family saga continues in this sequel to Davenport House, resuming where book one leaves off in the spring of 1915. The family and servants must face their fears amid love and jealousy, grief and moving forward, and threat of imminent War with the World.

The restructure of an upper class family affects all who live on the Pennsylvania estate. 22-year-old Mary Davenport stays occupied with modernizing the house, but insecurities arise when she develops romantic feelings for the first time.

A wealthy socialite persuades one of the ladies to join her on a voyage aboard the exquisite Lusitania. Handsome Ethan is forced to move into the mansion after a fire destroys his home. Tensions rise as Davenport House enters a new chapter with more challenges than anyone is prepared for. 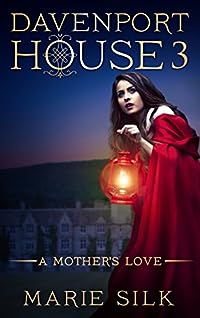 The family saga continues in this third book to Davenport House, beginning with a chapter that looks into the past to understand the present.

Motor cars and telephone calls are now part of the modern life at Davenport House. It is summertime in 1915 Pennsylvania and the ladies of the house are making big plans for the year. Clara takes financial matters into her own hands and discovers an unlikely alliance outside of the house. The future becomes uncertain when faiths collide and a sudden outbreak of fever sweeps across the county.

Ethan and his father are absent for days when secrets of the past are found in a letter. The trustee reopens the estate of the late Mr. Davenport with the power to change everything for everyone at Davenport House. 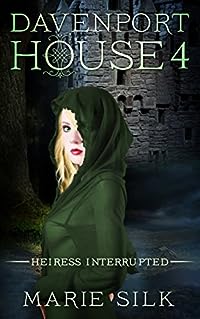 More to the story is revealed in this fourth book to Davenport House. Nellie Whitmore is accustomed to life as a carefree heiress, but her claim to the family fortune is at risk because of a new heir. Nellie is sent to Britain to be married before word spreads of her changing circumstances. What begins as a luxurious voyage becomes a fight for survival when the ship is caught in the midst of the War, forever changing the people who live to tell about it.

Friendship is kept afloat by telegrams between London and Davenport House. Mary Davenport announces exciting news, and the servants prepare for more changes downstairs. Ethan is anxious to move to Philadelphia, but becomes overworked while the estate is in search of a new groundskeeper. Relationships become strained when the unthinkable shakes the foundation of the house, and the ladies are left to evaluate the risks of keeping secrets. 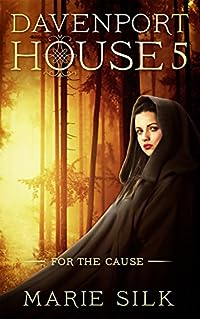 Davenport House 5: For the Cause
by Marie Silk

The family saga continues in this fifth book to Davenport House. It is springtime in 1917 when America joins the Great War in Europe. Phillip enlists to earn his citizenship papers, but Ethan must sign for the Draft against his own conscience. When both men are sent to fight, the ladies of Davenport House join noble causes on the home front while waiting for them to return.

Clara, now a suffragette, is delighted to gain the attention of a secret admirer. Mary finds purpose in a new career during the nation’s shortage of medical personnel. Soldiers wounded in mind and body return from the War, and unknowingly import a deadly influenza, proving to every home that a far worse battle has just begun.