It looks like little Junebug is going to have to work at finding her place in the family. Jethro and Sinny aren’t just going to let her in. They may not be giving her the warmest welcome, but I can see hints that they might kinda like her. Junebug is a very demure little lady who is not one to push herself on others or get up in their face. She doesn’t shy away, but she certainly isn’t making herself a nuisance either. I think Jethro can sense this about her. Yesterday she had a little play-date with my partner in crime’s new puppy and he might have been playing a little rough with her. She would run from him, squeeze under the deck railing and hide behind Jethro. Jethro would stand tall and growl just a little bit at the other pup. Nothing too scary, but just sending the message that he was serious. He has never growled at little Junebug. He sniffs her a bit and walks away, and she gives him his space. I think these two will be good friends in no time at all. 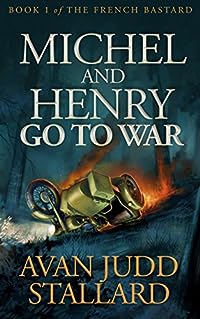 A Frenchman in the British Army fighting Germans on the Western Front? That’d be a bastard — the illegitimate son of the French President, forbidden by father to join the fray.

Under an assumed name, Michel joins anyway. Except now he cannot escape the war that follows every step of the way as he and Henry — his comrade in arms — seek rest and recuperation in the mountains.

Instead of wine and women, they find Germans and a secret plot to destroy France’s hub of munitions production. Cut off and outnumbered, they recruit a motley army comprising a women’s auxiliary and an old farmer with a big rifle and bad attitude.

There’ll be no rest for these soldiers, not until Michel and Henry go to war.

A cracking action-adventure story for fans of Flashman and The Guns of Navarone. 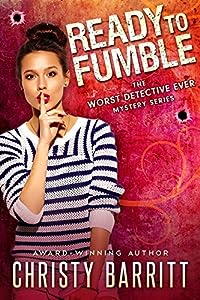 I’m not really a private detective. I just play one on TV.

Joey Darling, better known to the world as Raven Remington, detective extraordinaire, is trying to separate herself from her invincible alter ego. She played the spunky character for five years on the hit TV show Relentless, which catapulted her to fame and into the role of Hollywood’s sweetheart.

When her marriage falls apart, her finances dwindle to nothing, and her father disappears, Joey finds herself on the Outer Banks of North Carolina, trying to piece her life back together away from the limelight. A woman finds Raven — er, Joey — and insists on hiring her fictional counterpart to find a missing boyfriend. When someone begins staging crime scenes to match an episode of Relentless, Joey has no choice but to get involved.

Joey’s bumbling sleuthing abilities have her butting heads with Detective Jackson Sullivan and kindling sparks with thrill-seeking neighbor Zane Oakley. Can Joey channel her inner Raven and unearth whodunit before she ends up totally done in? And where is her father anyway? Can she handle fame, or is disappearing into obscurity the wiser option?

Get Ready To Fumble your way through this enchanting new series. 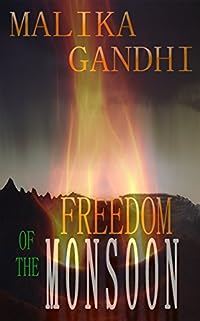 Freedom of the Monsoon
by Malika Gandhi

1942. The locals witness an array of emotions, which trigger actions beyond the control of the British government. Hope is ignited in the Indian people when Mahatma Gandhi demands the Raj to Quit India, and to give them freedom and their own government. But that hope brings anger and unprecedented violence.
Strong-headed village girl, Pooja makes decisions resulting in a terrifying sexual attack that leaves her devastated, and changes her relationship with lover, Dev, forever.

Set to marry Pooja, Dev feared the execution of his brother, resulting in him moving away. On arrival home, he finds his love gone and his life changed drastically.

Sunil, the youngest of the four companions, is in love with his future wife and with life itself. When the police take away his future father-in-law, his joy vanishes and he battles the inner monster he can no longer contain.

Finally, Amit; a simple boy who takes life in his stride; helps his friends to untangle their lives and rise again. He’s the friend and brother they all need.

Will the ashes of the martyrs bring hope to India? 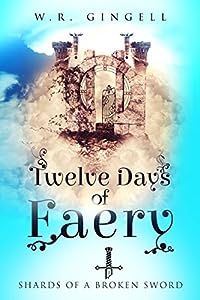 Twelve Days Of Faery (Shards Of A Broken Sword Book 1)
by W.R. Gingell

In Twelve Days Of Faery, King Markon of Montalier is at the end of his tether. His son, Prince Parrin, is afflicted with a rather nasty curse that slaughters, maims, or brutally attacks any woman with whom he so much as flirts. After the rumour that sweeps around the kingdom, promising that any woman breaking the ‘curse’ will be eligible to marry the prince, there is no shortage of willing volunteers. Unfortunately, there is also no shortage of bodies piling up.

Markon needs to do something, but what? Can a visiting enchantress from Avernse help, or is she simply another accident waiting to happen? And will Markon be able to give her up to his son if she does break the curse?

Twelve Days of Faery is the first novella in the Shards Of A Broken Sword novella trilogy. 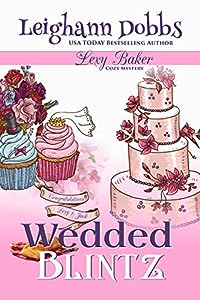 Lexy Baker is finally tying the knot with hunky homicide detective Jack Perillo. She’s planned the perfect wedding right down to her custom designed gown. Nothing can go wrong.
… Until Lexy stumbles across a double murder and one of the victims is a Bridezilla that Lexy had a major fight with just hours before. This time Jack can’t help her because he’s been taken off the case and the gum chewing ditzy rookie that’s replaced him has put Lexy at the top of the suspect list.

Lexy calls on her amateur detective grandmother to help her find the real killer while she’s juggling wedding plans, trying to run her bakery and entertaining her parents who are in town for the wedding.

Will Lexy end up with handcuffs slapped on her wrist instead of a wedding ring slid on her finger?