I am happy to say that we all made it back from camping at the beach, and not one person was eaten by a shark. One of my biggest fears is sharks, and we live in an area where great white sharks are very common. This of course makes me a nervous wreck any time we get close to any body of water, and that include pools. EVEN POOLS! I always worry that some crazy person is going to put a bull shark in the pool while everyone is swimming. I didn’t say I had a rational fear. I will watch Shark Week on TV just to prove my point that sharks are a threat. My oldest basset argues with me all the time that sharks aren’t bad, but he doesn’t have kids and hasn’t developed any irrational fears yet, so yaaaa. Come here kid and let me tie my apron string a little tighter around your arm. 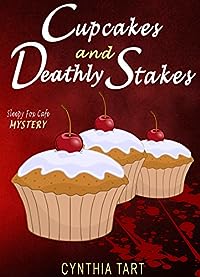 Life is pretty quiet for Lottie Foxglove in the sleepy town of Lincolne Bay, and that’s the way she likes it. The owner of a successful bakery shop, Lottie is enjoying freedom and independence after escaping a cheating ex-husband and unhappy life in New York, but when the town’s flighty man-eater Tania Leigh winds up murdered, Lottie is put under suspicion.

Now her cozy little life is thrown into chaos as she has to take care of Tania’s young son and find out who the murderer is. As she looks deeper into Tania’s hectic and exciting life, Lottie uncovers a string of secrets and lovers that leads her into danger and to the deep-rooted tragedy at the heart of the enigma that was Tania Leigh.

Cryptic clues and deep passions muddy the waters, and Lottie quickly learns that people are never what they seem, and she will need all her wits about her to catch a killer and avoid becoming a victim of the greed and lust that devours the underbelly of Lincolne Bay. 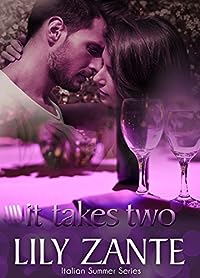 Rona Fernández left Verona with a clutch of happy memories. Her late night and frequent visits to the charming Gioberti’s restaurant had raised some eyebrows but nobody was overly suspicious of why she would go alone each evening.

Not even her husband.

But back in Denver discontent soon pushes its way back into Rona’s world and life soon pales in comparison to the memories of heady nights in Italy.

Married and still looking hot despite a baby and almost seven years of marriage, Rona prides herself on looking good and getting noticed.
It’s just a shame that her hard-working husband is too busy working to pay her much attention.

So when her sister asks for her help, back in Verona, how can she refuse?
Especially when Gioberti’s restaurant and its intriguing customers provide a pull for her that she finds hard to ignore.

After all, a harmless flirtation every now and then isn’t such a bad thing. As long it stays that way.

But what happens when reality doesn’t live up to expectations? Will it be too late to realize that what she had all along was far more precious than the things she thought she wanted? 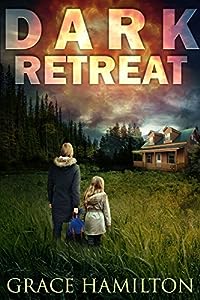 Three months after life as she knows it was decimated, Megan Wolford has only one goal: protect her daughter, Caitlin, at any cost. When a mysterious illness strikes Caitlin down, Megan is forced to forage for medical supplies at a remote lodge. The last thing she wants is help from her fellow survivors when so many in her life have let her down — but soon she’ll find herself with no other option. ?

Ex-Navy SEAL Wyatt Morris is doing everything he can to hold his family together after the tragic death of his prepper Dad, so when Megan enters their lands, he is mistrustful at first despite feeling drawn to her. He won’t turn away an ill child though–no matter how deadly the world has become. But the arrival of another stranger named Kyle soon gives them all a new reason to be suspicious. Wyatt knows he’ll have to forge alliances in order to keep his family safe, but trusting the wrong person could be a deadly mistake. ?

When Megan and Wyatt discover her daughter’s illness may be linked to Kyle’s arrival, it sets off a race to discover the truth before it’s too late to save Caitlin — and the rest of the Morris clan. Can they work together for survival… and something more?? 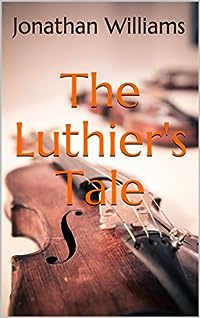 The Luthier’s Tale
by Jonathan Williams

At the turn of the 19th century, a young man learns what it is to follow his dreams…

Samuel Eastwick is a carpenter’s son, born and raised in rural Pennsylvania. He is expected to follow in his father’s footsteps and is well on his way to mastering the woodworking craft when a strange encounter at a circus reorients his life’s trajectory in a new, unexpected direction. Soon, Samuel is set on a grand quest in search of a secret school where he can learn the ways of the luthier – those able to fashion extraordinary musical instruments from the rarest of materials… but his journey is not without its share of danger and excitement! 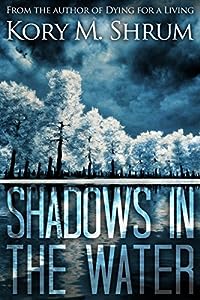 Shadows in the Water
by Kory M. Shrum

“A woman uses her uncanny ability to inflict lethal retribution against the men she believes murdered her parents in this supernatural thriller.” –Kirkus Reviews

Louie Thorne was born with a dangerous gift and a reason to fear the darkness. But when her parents are murdered by the mafia, embracing her power is the only way to exact her revenge. She will destroy the men who destroyed her family–no matter the cost.

Robert King may be a retired agent, but he knows trouble when he sees it. First, his old partner returns with a case. Then an old flame begs a favor. By the time Louie enters the picture, King will be lucky to survive the night.

Called “dark, gritty, and so much fun,” Shadows in the Water is perfect for fans of Dean Koontz, Stephen King, and those who like a side of paranormal with their crime.