Every time I make eye contact with the cat he asks for food. Does he even really love me? 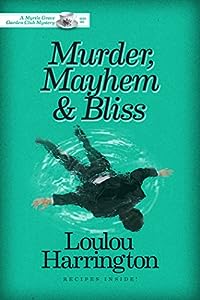 Nothing much happens in Myrtle Grove, Oklahoma. So when prominent businessman Harry Kerr is discovered face down in his pool shortly after dawn, the breakfast crowd in Jesse Camden’s tearoom is buzzing. Recognizing the name, Jesse hurries to her friend Vivian Windsor, Myrtle Grove’s resident oil heiress. Vivian is the great-aunt to Bliss Kerr, widow of the deceased and soon-to-be prime suspect in his suspicious death.

Clearing Bliss and finding the real murderer isn’t what Jesse means when she offers her assistance. And wrangling an eager band of helpers while chasing a tangle of leads across the countryside, tripping over deputies and evidence along the way, isn’t her first choice for her weekend. But here she is, and here she will be, hearing secrets no one should know, and discovering betrayals no one could live with, until Jesse finds her way through the maze of deceit to uncover the real killer. 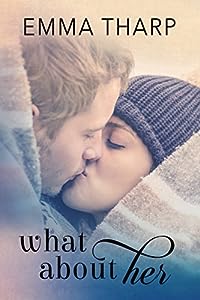 Six months ago, Kate Bergman’s best friend left their dorm room and never came back… Now, Kate can’t shake the feeling that Willow, her dearest childhood friend, is still out there, still alive, and still needs her. But nobody is on her side–not even River McEwan, Willow’s boyfriend. After all, the three of them used to be inseparable.
When a professor forces Kate and River to work together on a joint research project, a new challenge surfaces. Suddenly, their renewed friendship flares into something more.
Soon, River is enticing Kate to do things she’s never dreamed of. But while she can’t imagine walking away from River, Kate can’t stop thinking about Willow. How can she give herself to him when he belongs to her best friend?

This book is intended for a mature audience. 18+ 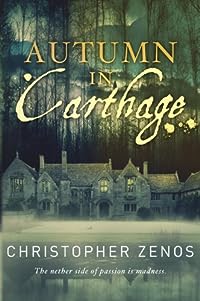 Autumn in Carthage
by Christopher Zenos

The nether side of passion is madness.

Nathan Price is a college professor with crippling impairments, seeking escape from his prison of necessity. One day, in a package of seventeenth-century documents from Salem Village, he stumbles across a letter by his best friend, Jamie, who had disappeared six months before. The document is dated 1692–the height of the Witch Trials. The only potential lead: a single mention of Carthage, a tiny town in the Wisconsin northern highland.

The mystery catapults Nathan from Chicago to the Wisconsin wilderness. There, he meets Alanna, heir to an astonishing Mittel-European legacy of power and sacrifice. In her, and in the gentle townsfolk of Carthage, Nathan finds the refuge for which he has long yearned. But Simon, the town elder, is driven by demons of his own, and may well be entangled in Jamie’s disappearance and that of several Carthaginians. As darkness stretches toward Alanna, Nathan may have no choice but to risk it all…
Moving from the grimness of Chicago’s South Side to the Wisconsin hinterlands to seventeenth-century Salem, this is a story of love, of sacrifice, of terrible passions–and of two wounded souls quietly reaching for the deep peace of sanctuary. 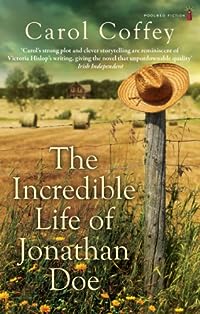 The Incredible Life Of Jonathan Doe
by Carol Coffey

Brendan Martin is an American-born loner raised in Ireland by his silent, embittered mother before escaping back to New York, where he lives and works each day in blissful isolation in the crowded city. Brendan spends his days happily labouring on building sites and his evenings drinking alone in bars and hooking up with a constant stream of one-night stands.

Following a second DUI, Brendan’s peaceful and predictable life ends abruptly and he is forced to go to live in the town of Dover, New Jersey, with his overbearing uncle. There he forms an unlikely friendship with his meek, downtrodden cousin Eileen.

Forced into completing his community service, he meets Jonathan Doe, an
intriguing man living in a local homeless shelter whose amazing stories of a happy childhood in the Appalachian Mountains captivate him. Within weeks of his arrival in Dover, Brendan loses himself in the strange man’s incredible stories.

Fascinated by the fact that Jonathan Doe can no longer remember exactly where he is from, Brendan becomes obsessed with helping his new friend find his way back to the kind of home he himself has always dreamed of.

But is Jonathan’s past real or are his memories the product of a deeply troubled mind? The closer Brendan gets to the truth, the more he realises that all is not what it seems with Jonathan Doe. 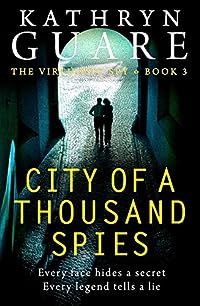 City Of A Thousand Spies: (The Conor McBride Series)
by Kathryn Guare

Every face hides a secret. Every legend tells a lie.

Conor McBride has accepted bargains he may live to regret – assuming he lives through them at all. He’s taken an undercover assignment in exchange for the chance to resume his career as a solo violinist. He’s also agreed to a proposal from the woman he loves, but it isn’t the type he had in mind. When their simple mission turns complicated, Conor and Kate discover everyone is hiding something – secrets as twisted as the fabled lanes of an old world city. Unraveling them will be anything but simple, or safe.