I just went out to gather some eggs for breakfast and I ended up gutting my whole garden. There was one little dead plant in the corner that has been bugging me for weeks. I kept looking at it and telling myself that I needed to get rid of that. So with three eggs in one hand I grabbed the dead plant and pulled it out of the pot. Next thing I know I have half the plants that were spent for the year in a huge pile in the middle of the path. I brought the yard waste bin over to throw everything away, and soon the three little eggs are sitting on the deck railing and I am hard at work. Oh man I am feeling it today. I think if I had just had my breakfast like I had planned I wouldn’t feel so weak this morning. I should go out and get some eggs for breakfast. 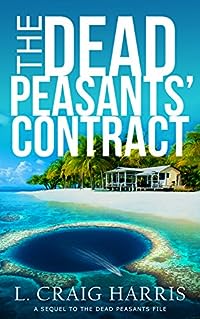 The Dead Peasants’ adventure continues for Dillon, Christopher and Travis. Charles Morgan is furious that they nearly ruined his company, and he strikes back with a vengeance. How far will he go to destroy their lives? How far will they go to escape his wrath and defend themselves?
Meanwhile, Morgan Retail continues to pay well, but at what expense? The Dead Peasants’ Contract will take you back to the mountains and to tropical paradise as its heroes fight against a giant company and its power-hungry owner. This mystery-adventure novel is written from a Christian world-view and is appropriate for all ages. 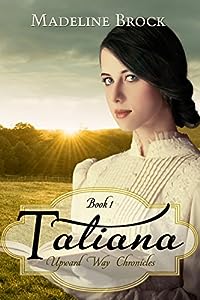 Tatiana Bergman views life through a different lens than others in rural Pennsylvania in the 1840’s. She says and does what she likes as her passionate, impulsive behavior confounds her sisters and appalls her peers.

Life only gets more complicated when Tatiana befriends Jonny Creek, a mischievous young man whose Native American blood puts him on the fringes of society. She struggles to subdue her wild spirit and keep her heart pure while wrestling with conceited school mates and her own selfish nature.

A few years later as a mature and confident young woman, Tatiana finds herself in a battle of her will between two young men, and the God she serves. 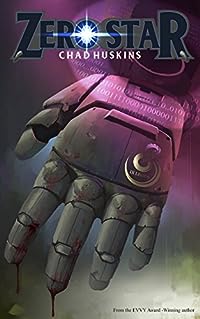 Mechs, guns, and blades determine one’s fate on the battlefield during the Fall of Man. Scattered across the galaxy, the Republic of Aligned Worlds is in decline. Many colonies have become lost for thousands of years, and a threat known as the Brood rips through the civilizations of both mankind and alien alike.
—————
Aejon Lyokh was born for soldiering, and has come to know war intimately, having fought alongside his battle-brothers on the slaughter-fields of countless alien worlds. He has fought in vacuum, trudged up bloody hills, flown with the Wyrm Tamers, and buried more friends than he can count, all for the sake of humanity’s survival. And just as he begins to lose faith in Man’s chances, Lyokh ascends to Captain of IX Legion’s Gold Wing, taking on a mission that sends him into the heart of the Brood menace.

Senator Holace Kalder is a former warrior, a stubborn stoic of a bygone era, beloved by the lower classes and thought by some to be immortal. Old, but not yet ready to give in, he means to see the Brood defeated, and mankind resurgent. And he has come to believe that the secret to defeating the enemy lies within the Watchtowers, ancient structures left by a race of beings known only as the Strangers, who mysteriously vanished two million years ago.

Moira Holdengard is a stellarpath who spends her days updating star maps and creating itineraries for the rich and powerful, and in so doing has explored many desolate regions and countless ancient wonders. When she takes a job with Kalder, however, she finds herself amid bloody wars, old mysteries, and a desperate struggle to reach the oldest Stranger relic ever found.

A brutal conflict unleashed. Who stands to win? A bloody massacre at a Mexican heroin refinery; a Miami-bound freight ship hijacked for its cargo of illegal narcotics; the ruthless assassination of a Kosovar drug lord – a war has erupted between two drugs superpowers.
As DEA Agent Diane Mesi investigates she becomes convinced that the conflict is being orchestrated by an unknown third party. But she is marginalised by her colleagues and her judgement is challenged at every turn. Only if she can expose the truth will she be able to stop the violence and save her career.
Michael Larsen is an ex-soldier and hired mercenary who has been contracted to fuel the conflict at every opportunity until it destroys both sides. As he battles his own demons, he hopes that by directing the violence he will attain some measure of redemption.
But neither Mesi nor Larsen know the full extent of the forces at play or of what is truly at stake. As they each pursue their own resolution, the violence escalates and they become increasingly vulnerable to the dangers that stalk them. 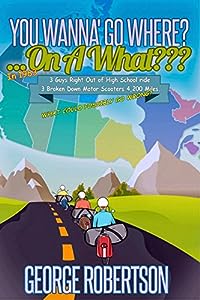 You Wanna Go Where? . . . On A What???: Personal Recollections Fond and Otherwise Of a 4,200 Mile Coming Of Age Odyssey
by George Robertson

What happens when you mix three teens fresh out of high school, three broken down motor scooters, and four thousand two hundred miles? Oh, and add this: It’s 1963. There is nothing even similar to a smart phone, a GPS, or for that matter, the internet. From a 2016 vantage point, it’s ancient history.

What happened makes for an engaging, often humorous and always astonishing true-life tale told from my own perspective as one of those three restless, reckless teenagers. Drawn not only from memory but also from a (to me) priceless journal which I kept faithfully through every surprising day of the twenty-three-day adventure. Naturally, the dialogue in this story is necessarily approximated as my journal, as detailed as it was, recorded only snippets of quotable speech. I can assure you, whatever was actually said during these exploits could not be far from what I’ve put down in this narrative. I firmly believe that in many instances my memory did, in fact, more or less precisely preserve verbatim exchanges, especially where high emotion was a factor — and high emotion was a factor more often than not!

Because time has separated me from my cronies to such an extent that I have been unable to track either of them down to acquire their blessing, I have chosen to leave last names out of the book, with the exception of my own. Events portrayed are true to the best of my ability to recount them, though I have exercised a small degree of dramatic license when memory and/or written journal entry failed to provide specifics.

Our extended road trip was not a small thing to me then, and even now, looking back as a seventy-year-old man, it has only gained in import. It was perhaps the single most daring thing I have ever done, and it changed me forever. It is my fervent hope that I have managed to capture some of the magic of our “little” jaunt from Salt Lake City, Utah to Canada and back, in such a way that the reader comes away from it with a smile, as I do every time I think back on it.