I Choose You & Free Kindle Books

I am currently in a packing frenzy. We are off to the beach to beat the heat and enjoy a few days of camping. I haven’t decided yet who I am going to put in charge of the house. My sweet chickie Jackie is the natural choice since she is the most mature and responsible. The normal thing would be to put the oldest in charge, but that would be my kitty Sinny who sleeps all day. He would get nothing done and there would be chaos. Since my relationship with my guinea pig Henry really seems to be improving and a trust is building between us, I might choose him. It’s a hard choice. Jackie has always been in charge and I would hate to jeopardize the awesome relationship we have built. 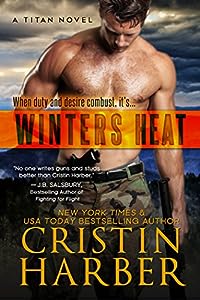 After putting her life on the line to protect classified intelligence, military psychologist Mia Kensington is on a cross-country road trip from hell with an intrusive save-the-day hero. Uninterested in his white knight act, she’d rather take her chances without the ruggedly handsome, cold-blooded operative who boasts an alpha complex and too many guns.

Colby Winters, former Navy SEAL and an elite member of The Titan Group, has a single objective on his black ops mission: recover a document important to national security. It was supposed to be an easy in-and-out operation. But now, by any means necessary becomes a survival mantra when he faces off with a stunning woman he can’t leave behind.

When Titan’s safe houses are compromised, Colby stashes Mia at his home, exposing his secret — he’s the adoptive father of an orphaned baby girl. Too soon, danger arrives and Mia lands in the hands of a sadistic cartel king with a taste for torture. As hours bleed into fear-drenched days, Colby races across the globe and through a firestorm of bullets to save the woman he can’t live without. 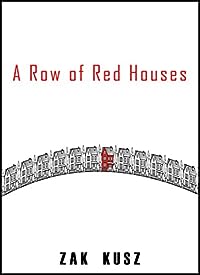 A man happens upon unexpected dangerous outcomes after going against social norms by painting his house red in a neighborhood of white houses. A story of twisted love and perilous metaphor, the Deedholder’s bold move may prove to be more than he can handle when the eccentric neighbor next door erupts in a timeless vendetta. Cover art by Tabitha Leon. 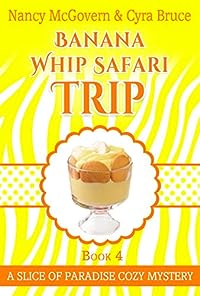 Faith Franklin is back in her 4th adventure! And this time she’s going on safari!

Includes a delicious recipe for Banana Whip Cinnamon Cookie Sandwiches! You don’t want to miss them!

Faith and the gang are going on a once-in-a-lifetime safari trip to Kenya! It’s the kind of experience most people only get to dream about. Sadly, the adventure quickly turns into a nightmare when their driver is killed during a visit to an elephant orphanage.

Having learned to trust her instincts, Faith immediately begins to investigate the man’s death. But it’s clear that more than one member of her party has something to hide. And, if the killer is among them, asking questions may put Faith’s own life in jeopardy.

After all, being isolated out on the African plains with a killer on the loose could be a recipe for disaster…

Can Faith get to the bottom of the mystery without putting her own life at risk? Find out in Banana Whip Safari Trip, the 4th Slice of Paradise Cozy Mystery! 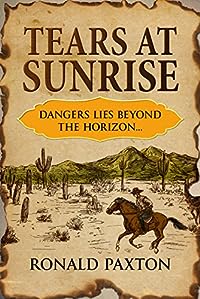 Tears at Sunrise
by Ronald Paxton

Danger can lurk in the most unlikely places…

When John “Cowboy” Howard inherits a vast sum of money from an old friend, those he thought he could trust turn on him, and telling friend from foe becomes a matter of life and death.

Howard thought he was just doing right by his friend, David Kirkwood, when he agreed to keep the estate away from the dying man’s son – once a promising Ivy League graduate who’s gambled away any future he might have had.

But when Adam Kirkwood hears about his inheritance being taken from his hands, he’s out for blood.

And to make matters worse, he’s not the only one in Shenandoah County who wants to get his hands on the money.

A young widow, bereft of a husband and an inheritance, set on getting revenge…

An aggrieved chaplain with more than one stain on his collar…

An owner of a failing diner, driven to desperate measures to stave off foreclosure…

A publisher fighting to keep her job, and willing to do whatever it takes to keep her head above water…

When the guns start firing and friends start falling, it’s up to Howard to protect himself and his family.

Will he make it out alive or will it all end in Tears at Sunrise… ?

Tears at Sunrise is a thrilling modern-day western, full of danger and gun-toting action. 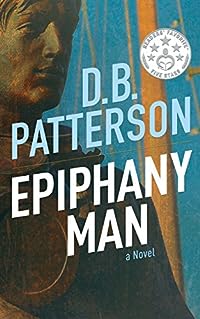 Epiphany Man
by D. B. Patterson

Accidental celebrity-in-residence Jonathan Christakos has been a Tarpon Springs legend since his parents drowned the week he was born. The rare brain cancer that nearly killed him as a teen is back. But now that he’s on the wrong side of 40, his chances of survival are close to zero. How he’ll navigate his last six months on earth is anybody’s guess, but he won’t go gentle into that good night. He’s been a lightning rod for all the good, bad, and ugly things that have happened in the Sponge Capital. Lives, fortunes, and fates have changed because of his touch, his love, his ruin. When January rolls up the calendar, it would be a shame if he isn’t around to see it, but don’t be surprised if there’s an 11th-hour reprieve from Heaven. Epiphany is a sacred time of year for the Greek residents of Tarpon Springs, and Jon Christakos is long overdue a miracle or two.

EPIPHANY MAN, the second novel by D. B. Patterson, author of PERDIDO RIVER BASTARD, is rated PG-13 for adult language, situations, and themes; for mild drug and alcohol use; for mild violence and scenes of sensuality; and for myriad wonders of the heart and soul. Reader discretion is advised.