It Is Tea Time with Free Kindle Books

Oh what a dangerous thing! I found a new nursery filled with plants I haven’t seen in a long time. I do not think now is the time for me to be buying up fresh little goodies for the garden, but the county fair put me in the mood to create something fantastic in my backyard. Something that I would quietly sip tea in, and my friends and neighbors would be wowed by. I am going to do some laundry and wait for these feeling to pass. It’s just a little garden sickness that usually only lasts about 24 hours or so. I don’t even like tea. 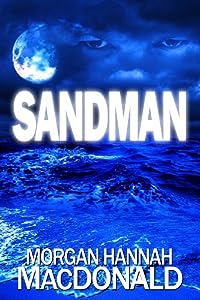 BEWARE THE SANDMAN-HE’LL PUT YOU TO SLEEP… FOREVER

A serial killer on the loose, a woman with a psychotic stalker and a homicide detective who must find the connection before it’s too late.
He collects women. Imprisons them. Plays with them. Tortures them. He gathers souvenirs. His trophies are many.

LOCK YOUR DOORS AND PULL THE SHADES

Meagan McInnis is being psychologically tormented. Her dog has become restless. He barks incessantly, but when peering out into the darkened abyss, there’s no one in sight. The image of a pair of eyes staring back from the pitch haunts her. The phone startles her awake, only dead air answers her plea. Until the night she stumbles upon a grisly display in her garden.

THE CALLER IS SILENT NO MORE

Seasoned, Homicide Detective, J.J. Thomas, is working his most horrific case to date, and he’s seen some pretty gruesome things in his time. The monster he’s hunting ranks up there with Ed Gein. He wouldn’t be surprised to find lampshades made out of human skin in the psycho’s living room.

THEY CALL HIM THE SANDMAN

With no one else available, Thomas is called out to a crime scene in the wee hours of the morning. He’s told to pass the case off as soon as possible, so he can focus on his own investigation. But that’s before he realizes the ghastly exhibit and his case are linked. Better yet, that Meagan McInnis, is the key to discovering the Sandman’s true identity.

With his department grossly understaffed, only he and his partner, Shadowhawk, can see to Meagan’s safety. At the same time delve deep into her past to uncover just how she became the obsession of this sadistic killer before she becomes his next prize.

ALL THE BOOKS IN THIS SERIES ARE STAND ALONE. NO NEED TO READ THEM IN ORDER. THANK YOU. 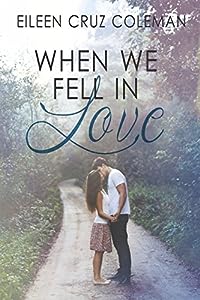 When We Fell in Love
by Eileen Cruz Coleman

Secrets from the past threaten to destroy Ben and Katie’s perfect life.

Katie and Ben fell hopelessly in love when they were only nineteen and quickly settled into the idyllic life in the small coastal town of Solomons Island. Ten years later, their perfect life of morning talks on the porch and sunset strolls by the bay starts to unravel when a secret Katie buried long ago resurfaces and threatens to tear her and Ben apart. Now, Katie must decide whether to tell Ben the truth about her past and risk losing the man she loves, or to bury her secret again and risk losing both their lives. 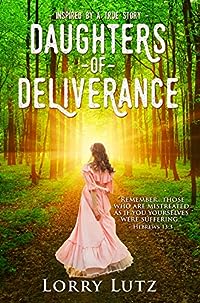 Daughters of Deliverance
by Lorry Lutz

In 1886, thirty-one year old Katharine Bushnell gives up her medical practice to work with women living on Chicago’s Hell’s Half Acre and in the brutal lumber camps of Wisconsin. Her love for God and passion to see women released from bondage lead her to risk her own freedom and reputation for their sakes. Secretly, she visits these women to learn first-hand of the daily trials and torments they endure.

Crushed to see women mistreated, Kate prepares a report of her findings concerning the white slave trade in Wisconsin and throughout the Midwest. When Wisconsin’s governor demands Kate appear before the legislature to defend her damaging reports, she becomes the center of great controversy. Will they believe her report? Will they pass a law prohibiting sex with a girl under sixteen? Will they punish the notorious den keepers?

Or will they brand her a liar? 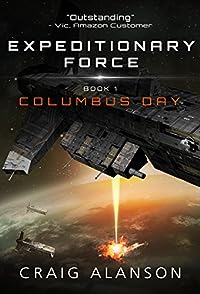 We were fighting on the wrong side, of a war we couldn’t win. And that was the good news.
The Ruhar hit us on Columbus Day. There we were, innocently drifting along the cosmos on our little blue marble, like the native Americans in 1492. Over the horizon come ships of a technologically advanced, aggressive culture, and BAM! There go the good old days, when humans only got killed by each other. So, Columbus Day. It fits.
When the morning sky twinkled again, this time with Kristang starships jumping in to hammer the Ruhar, we thought we were saved. The UN Expeditionary Force hitched a ride on Kristang ships to fight the Ruhar, wherever our new allies thought we could be useful. So, I went from fighting with the US Army in Nigeria, to fighting in space. It was lies, all of it. We shouldn’t even be fighting the Ruhar, they aren’t our enemy, our allies are.
I’d better start at the beginning… 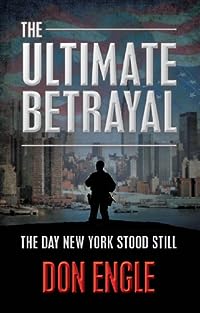 A Page turning, non-stop, action packed, thought provoking thrill ride, that will have your mind racing through the pages!

The Chase begins, when ex-special forces soldier, John Anderson starts an investigation into his past, to find the answers as to why he’s being hunted, which have been strategically buried, so even he doesn’t know about them! John’s relentless investigation uncovers the truth, that reveals… “The Ultimate Betrayal!!” Hands bound behind his back, in an empty interrogation room, John struggles to regain consciousness as alarming images, play like a record, flashing in and out, over and over. Forget everything you thought you knew about one of the worst days in American History, and experience the revealing truth about that day, September 11th, 2001. Get ready, the race is about to begin!