There is no reason on this entire planet why a spider should be able to jump. Can someone please fix this glitch in the matrix? 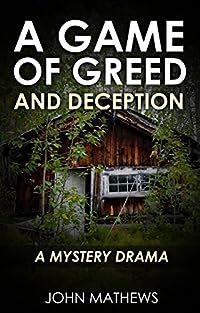 A Game of Greed and Deception: A Mystery Drama
by John Mathews

*** A Dark Psychological Thriller with Twists ***

When the charming Tammy Worthington takes her wealthy husband and step-daughter on a holiday weekend in the Colorado mountains, she has purely sinister intentions. Her husband is killed in a tragic auto accident, just as she had planned… and now her pending fortune awaits her.

Or does it? With no body to be found in the wreckage, he just becomes a missing person, and Tammy is seemingly trapped inside the cabin with someone stalking her from outside. Could he possibly have known what she was up to and planned his revenge?

What ensues is the macabre mystery drama of a sick and psychotic woman driven by her soulless greed who quickly turns from the hunter to the prey. The scenes include deadly traps and medieval torture devices, hidden doors and rooms, and an underground labyrinth of torture chambers that are not for the feint of heart.

This is a scary thriller so devious that it is set up to fool the State police investigation. Can you guess what is really happening in this great murder mystery? This deadly game of murder and deception will keep you guessing until the final scene delivers a real shock that you won’t soon forget. 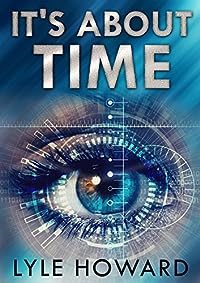 A mysterious time travel conspiracy is about to unfold

Angela Mercy, a highly trained elite bodyguard, tragically fails her chief assignment: protecting the life of the country’s leading quantum physicist. Her life is about to change, as someone else is taking over her future.

A fast-paced action thriller that will grab you and not let you go.

In Japan’s infamous Devil’s Triangle, a small fishing boat disappeared in a swarm of crimson firefliesA leading quantum physicist is assassinated before his keynote speech. While in pursuit after his killers, his highly trained bodyguard, Angela, is caught in a cloud of turquoise fireflies and vanishesA tyrannical ruler will go out on a merciless quest for immortality, and will use any measures necessary to guarantee his success. Even if it means altering the course of history.

Past, present and future collide in a journey through time, mystery and suspense.

Lyle Howard’s newest It’s About Time is an exhilarating read filled with unexpected twists and turns, that will take you on a rocket ride through history to reveal a suspenseful conspiracy.

Suspense, Romance and Mystery in a time travel thriller you will not forget. 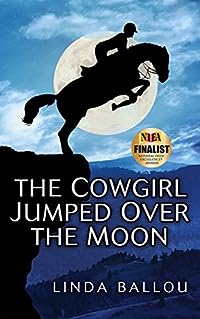 The Cowgirl Jumped Over the Moon
by Linda Ballou, Kathleen Marusak

Gemcie and her Irish Hunter, Marshal, are about to capture the World Cup when a nasty fall dashes their chances. While she is mending, her arch rival seizes this opportunity to catch a ride on Marshal, and to seduce her young husband. Confused and dazed by her new circumstances, Gemcie heads for the high Sierras hoping the majestic spires that captured the heart of the father she never met will provide the answers she seeks. She finds strength and solace riding solo on the John Muir Trail, but a bear attack ends her time of introspection and places her in the care of a solitary cowboy manning a fire lookout. Brady shows her love and gives her the courage to get back in the saddle. Haunted by images of Marshal being abused by his owners, Gemcie returns to rescue him and fly high with him once more. Ballou’s prose gallops ahead at breakneck speed as she takes you along on this wild ride. 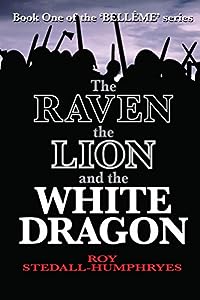 The old order of King Edward the Confessor’s realm is under threat from within and without. From Norway to the east and Normandy to the south. An Anglo-Saxon family flee their home in Mercia to seek safety and fortune in London. They become embroiled in the tumultuous events of eleventh century England. The author gives the reader a graphic picture of life in Anglo-Saxon England that was to be forever lost after the Battle of Hastings