Well it finally happened. I now see the HUGE imperfection in my new pup Junebug! Yesterday, while everyone was relaxing on the couch, I heard it. She barked at poor old Jethro. One bark in his general direction. We were all shocked. I did my best to calm poor Jethro down as he was so shook up he passed out from the shock (or asleep like he always is). We are all trying to put the incident behind us, but it’s hard. We never thought it would happen to us. To be honest I feel a bit better now knowing what we have to face now. Better to know earlier than later. 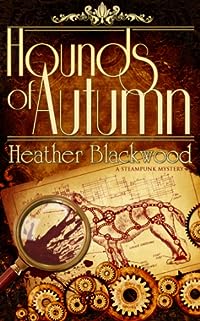 Hounds of Autumn
by Heather Blackwood

They say that the moor has eyes.

It is 1890, and the windswept moors hold dark secrets. Chloe Sullivan is an amateur inventor whose holiday takes a dark turn when her friend and colleague, one of the few female mechanical experts in the British Empire, is murdered.

A black mechanical hound roams the moors, but could it have killed a woman? And what secrets are concealed within the dark family manor?

Accompanied by her naturalist husband and clockwork cat, Chloe is determined to see her friend’s killer found.

But some secrets have a terrible cost. 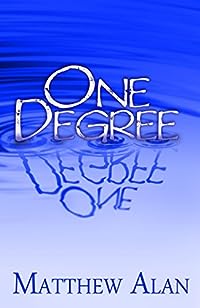 One Degree
by Matthew Alan

Despite that fact, he is determined to complicate it.
Even if he doesn’t think like the typical nine year old, he encounters normal boyhood issues while growing up with his older brother Mark, in their hometown of Canton, Ohio.

At the end of his summer vacation before fourth grade, Karl faces a challenge to impress Sonya Thurston, his lifelong neighbor and best friend.

Like many childhood experiences, this plan is silly and seemingly harmless, but it also has the potential for unintended consequences. Similar to following the sprawling branches of a tree, every decision he makes has repercussions that spread out into numerous directions.

In a story of what if’s, “One Degree” follows the lives of Karl, his friends, and family as they react to life challenges at pivotal moments in two possible story lines. 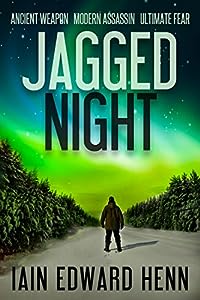 Using medieval skills, a warrior targets corporate and political leaders with weapons from another age.
With each attack comes an untraceable, mass email, blending the ancient world with the modern and counting down to “the jagged night before The Dawn.”
Former CEO Tom Coulter suffers survivor guilt when his protégé is the first victim at a high profile convention.
Police face a dead end. Despite armed security and video surveillance, no one saw the killer enter or leave.
Together with his estranged wife Amy and her brother, an FBI agent, Tom is drawn deeper in to the mystery as more high-flyers are murdered.
In the north of England, a professor learns that his son’s murder on an archaeological dig is linked to a gang of tomb thieves.
Ultimately, Tom and Amy’s search crosses paths with the professor’s quest for justice. The more they learn, the closer the links they find between the two cases, leading them to a terrifying moment of truth in a spectacular wilderness. Pitted against a brilliant killer, they are ensnared in a conspiracy that has greater and far more devastating consequences. 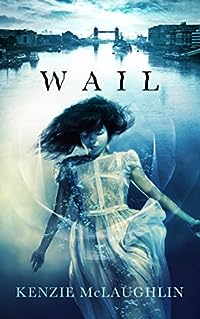 Clotilde never asked to become a wailing woman, forever twenty and compelled to wash the bloody clothes of the dying. Being undead gave her the courage to fulfil her dream of escaping rural Scotland to see London. Now she’s out of money and living rough on the banks of the Thames.

Rich American playboy Scott left his Southern small town to explore the heady world of London’s social scene. Now it all feels a bit hollow after his boyfriend abandons him. He distracts himself by playing white knight for the homeless young woman he finds wailing at Finsbury Park Station. He’s convinced he can help Clotilde make a life for herself in London, if she’ll just try a little therapy.

Their fragile friendship is challenged when a serial killer’s victims cause Clotilde to run sobbing for the river every time they pass through Finsbury Park. The killer believes that the wrath of the river spirits will cleanse London if he can offer enough blood sacrifices to draw them nearer. His cunning has kept the police from linking the murders so far. But no killer could foresee an American playboy and a Scottish bean nighe tracing his victims to Finsbury Park Station. 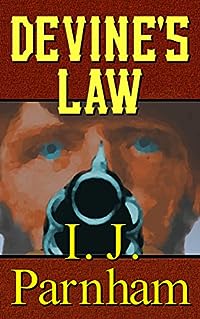 Marshal Jake T. Devine’s law is simple. Nobody threatens him and lives. In his twenty-five years of law enforcement he’s always brought in his man with a bullet blasted between the eyes. So when Max Randall shoots his mouth off, claiming he knows a devastating secret about the wealthy rancher, Roy Cowie, he’s clearly spoiling for trouble – and gets it!
Roy Cowie calls in Devine to arrest Max and without provocation the brutal marshal slaughters Max’s entire family. In self-preservation Max heads for the hills with Devine and his deadly Peacemaker in hot pursuit. Even when Max gains an unlikely ally in Roy Cowie’s son, his chances of seeing another sunrise are slim.
Can Max survive long enough to reveal what he knows, or will the gun-toting marshal deliver yet another round of Devine’s law?