I know I am a bit late to the party with growing pumpkins, but I am still going to try and see what comes of all of it. This year I am going to be a bit more aggressive. Over the last week or so the blooms have been popping up, so I have been manually pollinating them to up my chances of getting more pumpkins. It took me a minute or two to figure out how to write that without sounding cheeky. It’s kind of cool though to see the blooms shut after I pollinate them. I have done two blooms so far. It’s not an immediate thing, but they are shut the next day. I wish I had thought of this sooner, but lesson learned and I will do it sooner next year. If it weren’t for the fact that my baby bassets like to have lawn to play on I think I would turn my entire backyard into a veggie garden. It has been a lot of fun experimenting with new veggies. 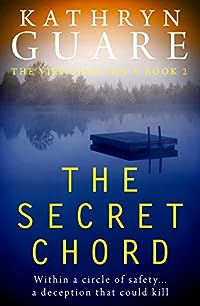 The Secret Chord (The Conor McBride Series)
by Kathryn Guare

An Irishman on the run. He’s left a lot of things behind him… but they’re not far enough back..

Conor McBride has lost everything, and if he can’t find a way to disappear in a hurry, the next thing he loses could be his life. Running from enemies he’s never met and haunted by his own destructive actions, Conor needs a refuge secure enough to hold his secrets. A farmhouse inn tucked amidst the green mountains of Vermont seems ideal, but when his past catches up with him, Conor discovers the beautiful young innkeeper has secrets of her own, and that hers are more likely to get them both killed. 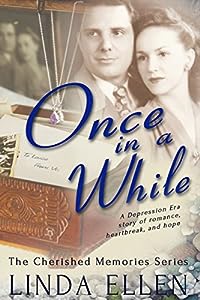 2014 Lyra Independent Fiction Contest Romance Category Winner!?
In the tradition of The Notebook comes… Once in a While.
Victor Matthews is a down on his luck young man, frustrated with his life and his inability to find gainful employment.
Louise Hoskins is a young woman content in her life with her family and friends. Her biggest concern is her upcoming lead part in a play.
One rainy night, they meet… and both are forever changed.
Neither could foresee that the world as they know it is on the precipice of experiencing the now famous ’37 Flood, and that daily life is about to be transformed into a bone chilling waterlogged state of affairs. But as that harrowing experience fades and their lives return to normal, the two young lovers embark on an unforgettable courtship – that is, until a terrible argument and a tragic misunderstanding tear them apart. How will they survive the separation? And why does one special song have the power to instantly transport the sweethearts back into the realm of cherished memories? This is a clean Southern historical romance set during the Depression Era. 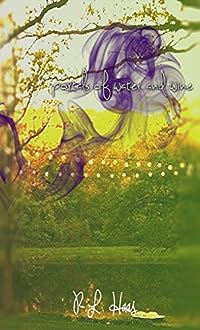 Portals of Water and Wine (The Alonthiel Chronicles Book 1)
by R. L. Haas

Naya lives in chaos. Her family is shredded, with only bare threads of her long-dead mother and her absent father still lingering in her house.

And then she hears the name — Alonthiel — spoken as a promise of freedom and escape, if only for one fleeting summer. And so she goes, hand in hand with her two best friends, allowing herself to slip into a new world of ancient origins, magical and sacred.

Inside the gates of the hidden Fae city, Naya finds more than she could have ever dreamed. So much is waiting for her: magic, strength, and answers to the secrets kept from her since the death of her mother — all lingering mere miles from her doorstep.

But when a dark force threatens to raze her newfound home, leaving only rivers of blood in its wake, she must harness her fire — or watch Alonthiel fall. 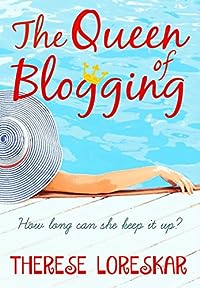 Queen of Blogging
by Therese Loreskär

The Queen of blogging is a fast paced, entertaining story about making ends meet when you have toddlers, a husband that works too much and showing off your life on a blog for the outside world to see.

Kajsa runs Sweden’s largest Health and Fitness blog. There’s only one small problem; it’s all a big lie. Between her blog entries on healthy nutritious porridge and flashy running shoes, she lies on the sofa watching TV and eating sweets. Her only exercise is using the remote control.

Her life seems perfect: A beautiful house in an attractive suburb of Stockholm, three children, a loving husband and loads of money.

However, things start to crumble when she accidently writes on her blog that she is best friends with a famous Hollywood personal trainer. The problem is he’s never met, let alone heard of her.

An ambitious journalist, who doesn’t believe Kajsa has been honest about her blog or her friendship with the personal trainer, sets out to destroy her.

Besides having to handle the annoying journalist, she must also deal with Peter, “the blog following hunk”, and a bizarre and outrageous priest who keeps spreading Kajsa’s secrets all over town! 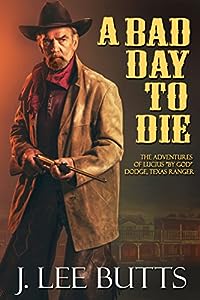 A gripping historical Western from the author of the Spur Award nominee Brotherhood of Blood.

When a greedy rancher and his hired killers murdered Lucius Dodge’s father and brother, he swore an oath of vengeance and rode out to settle the score. Then a chance meeting with Boz Tatum brought Lucius into the ranks of the Texas Rangers — and gave him a badge to back up his quest for justice.

Now, with the legal means to right the ultimate wrong and bring down the men who killed his family, Lucius won’t be stopped. Because a loss like his will sear a man’s soul and leave him hell-bent on revenge…