Sometimes I get inspired at the wrong time. I took the baby bassets to the county fair yesterday and the flower exhibit was incredible. I was frantically taking pictures, not wanting to miss one single flower or forget one single display. The displays were so amazing that they even held the attention of four children, all under ten years old. I want to head right over to my local nursery and get supplies for the awesome ideas I have for my garden. The only problem is Fall is right around the corner and this is no time to put up a Spring garden. Seriously… plastic flowers sound like a pretty good idea. They would never get frostbit and never die. I wonder if plastic flowers freakout real flowers. You can see some of the beautiful flower displays on my Pinterest board titled Sonoma County Fair 2017, by clicking here. 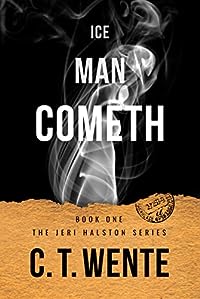 Jeri Halston should be working on Wall Street, not in a forgotten old bar in Flagstaff. But for reasons she keeps to herself, the brilliant twenty-six-year-old prefers bartending at Joe’s Last Stand Saloon to climbing the corporate ladder. When Jeri starts receiving letters from an anonymous admirer, she’s intrigued by their exotic postmarks and her writer’s cryptic rants. Even more intriguing are the included photos of her admirer, none ever revealing his full identity. Posted in the saloon for all to see, the letters remain a harmless mystery – until a zealous Homeland Security agent stumbles upon a link between the letters’ places of origin and the untimely deaths of several top energy scientists around the world.

As the letters grow more personal, Jeri soon realizes that her anonymous pen pal intends to drag her into something far more dangerous than a friendship. And there’s no marking “Return to Sender” on this nightmare. 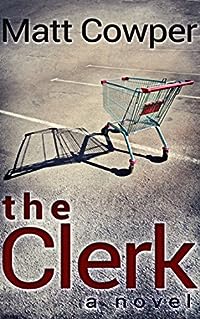 The Clerk
by Matt Cowper

Thomas Copeland has just turned forty years old, but unlike some men his age, he’s not going to have a midlife crisis. Sure, he works at a small grocery store on the North Carolina coast, he doesn’t have many friends, and he’s unmarried and childless, but he’s content with his simple life.

Others, however, are not so content, and they want to make sure Thomas knows it. Between a family curse, wanderlust-filled (and lust-filled) co-workers, a dangerously unhappy sister, and a vindictive ex-friend-with-benefits, Thomas finds himself in an exhausting battle to maintain his idyllic lifestyle.

Will Thomas be able to resolve – or at least survive – these dramas? Will he find love, or just tepid one-night stands? Will his boss ever notice he’s cleaned the bathroom? What will he get his Secret Santa giftee? And what will be the ultimate fate of the grocery store where he works?

“The Clerk” is both satirical and poignant, a riveting exploration of the choices people make in the pursuit of freedom and success. You’ll never look at a grocery store the same way again. 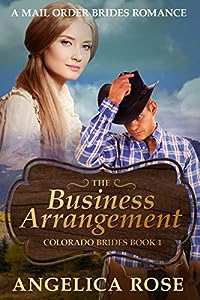 Caroline has always been a practical young lady.

So, in post-war Charleston, where Caroline and her sister are on the brink of being married off to one of her uncle’s lecherous friends, she decides to do the practical thing to get out of an unwanted marriage — find a marriage match of her own and start a new life out west as a mail order bride.

After exchanging letters with Kyle, a widowed Colorado rancher who needs a new wife to help care for his children, Caroline decides to pack up her things and make a go of it, even though the arrangement doesn’t promise love or romance.

When Caroline arrives in Colorado to take the first steps in her new life, she finds Kyle cold and removed, still cloaked in grief over his previous wife’s death. And although the marriage was to be little more than a business arrangement, Caroline finds herself wishing for something more — but will Kyle be able to see past his pain to a second chance at happiness?

A story of hope, fear, new beginnings and true love. 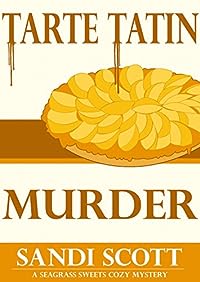 Ashley Adams is catering a charity golf outing for a nonprofit that is working to cure cancer. When a high profile researcher who was only a few months away from bringing a promising treatment to market is found dead on the golf course, the victim’s golf partner is charged.

When Ashley learns that the suspect is her friend Ryan’s Uncle Charlie, the two of them set out to find the real killer. Meanwhile Ashley’s business partner Patty LaFontaine is acting strange and distant towards her, making Ashley wonder what is amiss.

As Ashley and Ryan get deep into their investigation, they uncover secrets about their friends and family that shock them. Uncle Charlie is looking guiltier by the day – will they find the real killer and prove his innocence in time?

This is Book 2 in the Seagrass Sweets cozy mystery series. It can be read as a stand-alone book, but if you enjoy it you might also consider reading the first book in the series: getbook.at/creampuff

A perfect book for readers who like cozy mysteries with women sleuths and pets. If you enjoy reading cozy mystery authors such as Harper Lin, Hope Callaghan or Susan Gillard of the Donut Hole mysteries, you will want to check out this series.