Did I mention the mouse? While we were trying to clean all the beeswax to make candles and lip balm, and before the bees and ants attempted to rob us, there was the mouse. Nothing quite says adventure like being bent over a hot stove, slowly squeezing hot wax through cheesecloth, trying not to burn yourself, and having a cute little mouse popping out from under the cupboards and scaring the bajeezus out of you. This happened not just once, but several times to the point we were just about the jumpiest people you had ever met. I had no clue this would be such an adventure. I was so drained from the day I went to bed an hour early. Sorry hubby, but I am tapping out. 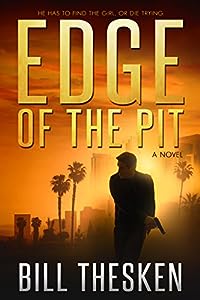 Edge of the Pit (Badger Thompson Book #1)
by Bill Thesken

Badger Thompson works for a protection agency. Their clients are the richest people in the country and they pay a lot of money to stay safe. He works on the outer perimeter of a security team and is one of the best in the business. From running with gangs as a teenager, and with the US Army in Iraq during the surge, he has a unique set of skills to keep his team alive.
It was a standard operation, a bread and butter job, get a client from one point to another and back again.
Badger works the perimeter as always, and the client is a beautiful young singer, a rising star who is going to a nightclub in the gritty belly of the city after midnight. Everything is going smooth until the convoy is ambushed, and Badger wakes up in the hospital with no memory of what happened.
Everyone else in the convoy is dead, the singer is missing, and Badger is a prime suspect.
The agency is in trouble, more ruthless than the mob, and they’ll get answers out of him using any means necessary, if they can only get their hands on him.
He is on the run from the agency, the kidnappers, and the police, and he has to find the girl, or die trying. 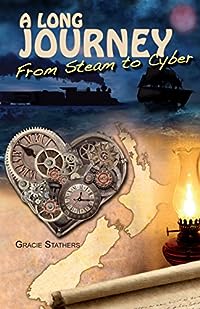 A Long Journey: From Steam to Cyber
by Gracie Stathers

Set between 1840 and 2040. Four families from different parts of Europe, travel to the ‘ends of the earth’ and met up in the beautiful settlement of Akaroa South Island New Zealand. A story of love and betrayal and the desire to overcome no matter what comes their way.
The age of steam is when the long journey begins in a time of great poverty. The families are forced by circumstances beyond their control to travel to the other side of the world, leaving behind family members, friends, and their beloved homeland.
The journey takes us to the 1900s, when Hannah and Richard marry, bringing the four families together as one and leading the way into the 21st century when sailing ships and steam trains give way to the age of cyber technology 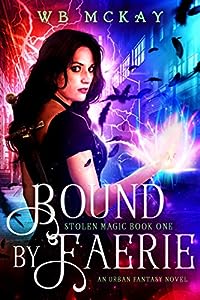 Sophie Morrigan inherited many magical gifts from her death goddess mother. Most of them inflict torture, except the most beautiful. That one kills.

As an agent for the Faerie Affairs Bureau, Sophie loves retrieving dangerous magical objects. The job lets her indulge her covetous nature, and most importantly, it pays the bills. But when a routine job goes south, she finds herself struggling to keep her deadly magic in check while fleeing the wrath of an enraged dragon.

In a desperate search for answers, Sophie stumbles across Owen, a fae nightclub owner who’s as sexy as he is irritating, but just happens to hold the key to her problems.

Sophie wants nothing more than to get her magic under control and return to her normal life, but first she’ll have to face off with all the dangers Faerie can throw at her. Can she fight her way back home? Or will both she and Owen fall prey to a crazed death cult?

Bound by Faerie features a gutsy, kick-butt heroine, a broody and dangerous hero, and a ton of magical mayhem. 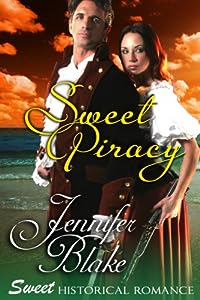 Caroline Pembroke is a lovely young woman attempting a dangerous transatlantic crossing on her own. As she sails away from France toward the Delecroix plantation in Louisiana, she has no idea how far the journey will take her. When pirates attack the ship, she unwittingly becomes part of the plunder. For a brief, dizzying time she finds herself at the mercy of the swashbuckling captain — and shoots him to protect her virtue.

Although Caroline arrives safely in New Orleans, she finds that the gentleman-owner of the bayou mansion bears a striking resemblance to the amorous pirate. And soon she realizes that the captain has stolen more than just gold and jewels… he’s also stolen her heart. 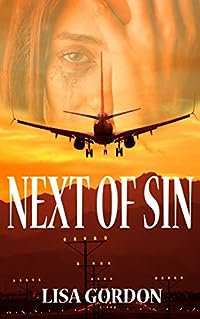 Next of Sin: A psychological thriller
by Lisa Gordon

The DREAM which made her life a NIGHTMARE.

A series of deaths which the police think are unfortunate drownings date back to 1987; but Gaby, the only witness in all that time, is about to realise that something far more sinister is going on!
A strange recurring dream is haunting young lawyer Gaby; she seeks help from a psychologist and a psychic as she tries to figure it out. Then… it hits her; the memory floods back! Suddenly everything she thought she knew about herself, her family and her past is cast into doubt.

Someone she loves is a KILLER.

But who will believe Gaby? He is popular, successful, charming and credible. The Police will say that she has no evidence. People will call her mad, paranoid or vindictive.

But Gaby is a determined young women and she selects her allies with great care, as there are few she dares trust in this duplicitous new world she finds herself in.

She and a maverick detective, Robbie Baggio set about assembling the evidence: secretively and urgently, before the cunning serial killer strikes again. However, he gets wind of her suspicions and this time when he kills, it’s someone very close to Gaby, someone who also knows the truth.

Suddenly she realises that she is up against more than just him, he has eminent and influential friends and the scales of justice are rigged against her.

What would you do? What will Gaby do?

A thriller that will make you wonder if you can ever trust anyone again and the safe answer… is NO.