Dr. Lucinda Berry is a trauma psychologist and leading researcher in childhood trauma. She uses her clinical experience to create disturbing psychological thrillers, blurring the lines between fiction and nonfiction. She enjoys taking her readers on a journey through the dark recesses of the human psyche. 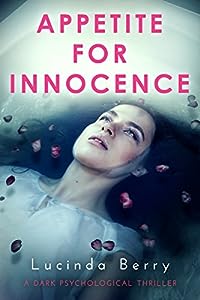 Appetite for Innocence: A Dark Psychological Thriller
by Lucinda Berry

Be careful what you post online. Your next check-in might lead him right to you…
A serial rapist is kidnapping teenage girls. But he’s not interested in just any teenage girls — only virgins. He hunts them by following their status updates and check-ins on social media. Once he’s captured them, they’re locked away in his sound-proof basement until they’re groomed and ready. He throws them away like pieces of trash after he’s stolen their innocence. Nobody escapes alive.

Ella risks it all to escape, setting herself and the other girls free. But only Sarah — the girl whose been captive the longest — gets out with her. The girls are hospitalized and surrounded by FBI agents who will stop at nothing to find the man responsible. Ella and Sarah are the key to their investigation, but Sarah’s hiding something and it isn’t long before Ella discovers her nightmare is far from over.

Warning: Contains sexual violence which may be a trigger for some readers.. 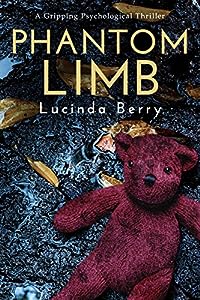 Emily and Elizabeth spend their childhood locked in a bedroom and terrorized by a mother who drinks too much and disappears for days. The identical twins are rescued by a family determined to be their saviors.

Elizabeth wakes in a hospital, strapped to her bed and unable to move or speak. The last thing she remembers is finding Emily’s body in their bathroom. Days before, she was falling in love and starting college. Now, she’s surrounded by men who talk to themselves and women who pull out their eyebrows.

As she delves deeper into the mystery surrounding Emily’s death, she discovers shocking secrets and holes in her memory that force her to remember what she’s worked so hard to forget — the beatings, the blood, the special friends. Her life spins out of control at a terrifying speed as she desperately tries to unravel the psychological puzzle of her past before it’s too late.

This is a new release of an edition originally published by Rise Press.