I got lost in thought and found myself in a bakery. Well… since I’m here. 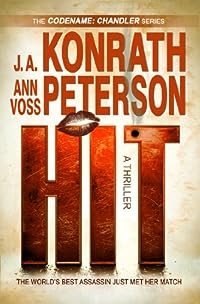 Before special operative Chandler was forced to FLEE, she executed the most difficult missions–and most dangerous people–for the government. So when she’s ordered to eliminate a crooked corporate CEO in a manner that looks like natural death, it’s a regular day at the office… until she discovers she’s not the only assassin hunting this particular prey, and her competition is aiming to make this hit into a political statement that will shake the nation.

HIT
The world’s deadliest assassin just met her match…
HIT is a 40,000 word short novel (roughly 180 pages) and is part of the Codename: Chandler series. 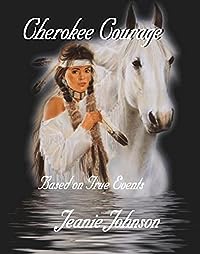 The true story of Reginald Lacy, written in novel form, tells of Reginald’s rebellion against his father, Colonel John Lacy, who came to America shortly before the Revolutionary war. Though John wants Reginald to follow in his footsteps, and become a squire of their plantation in Kentucky, Reginald wishes to be a woodsman. In pursuing his own ambitions, Reginald becomes close friends to the Cherokee and learns their language, and how to fight like an Indian. However, when he saves a Cherokee Princess, Winona from a bear, he is confronted by the man she is betrothed to, Tartongawaka, a powerful medicine-man, who vows to take Reginald’s life to keep him from the woman that Reginald is now hopelessly in love with. In a turn of fate, Reginald has a chance to win Winona’s love, but to do so, he must first challenge Tartongawaka, and defy his own father at the same time. 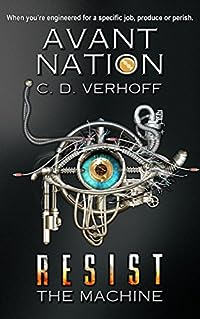 A genetically engineered young woman teams up with a rugged soldier to resist the high-tech regime controlling their lives. Spine-tingling adventure for fans of 1984, Person of Interest, and Divergent.

When the government owns the gene pool, what could possibly go wrong? According to the leaders of Avantica, absolutely nothing. If in doubt, just look at the statistics. Their genetically engineered citizens enjoy the highest standard of living in the world. Crime and disease are nearly non-existent. Healthcare and housing are totally free. Why would anyone ever want to leave?

Meet 16-year-old Clara Spinner. By design she is supposed to be compassionate, serious to a fault, and content with her work, but someone at the population factory messed up. How else can she explain her rebellious streak, ability to appreciate a good joke, and the fact that she detests her first job assignment? Hiding her true nature is a daily battle and coworkers are getting suspicious. So when the military shows up, looking for someone with her skill set, Clara ‘volunteers’. Fitting in with ruthless soldiers isn’t easy, but that’s the least of her worries after they they land in a place opposed to everything Avantica stands for. Hearts and loyalties will be tested. Dystopian sci-fi with a touch of romance. Recommended for older teens and adults. 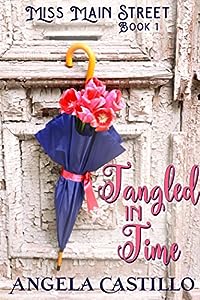 Clean slice-of-life women’s fiction with a romantic thread and Christian elements
Every small town has its secrets. Darcy’s have been locked up inside her since that last summer when she left Wimber, Texas, and the boy she loved, for a glitzy life in Los Angeles.
Seven years later, her gran’s passed away. Darcy’s been named as the sole owner of the Tangled in Time antique store. Darcy can’t wait to get back to the place where she’s always felt she belonged. But owning a business isn’t as easy as it seems. And sometimes the past is better left alone.
But Darcy is determined to push forward, despite the obstacles that cross her path. And maybe even have another chance to be with the man who stayed behind. 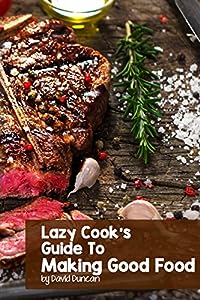 This Guide Will Help You:

Make delicious food with minimum ingredients that’s easy and convenient
Learn how to cook the perfect steak and roast chicken without relying on recipes
Learn the art of making delicious ice cream that rivals those of premium ice cream.

Here are some of the recipes that you’ll find in this book:

A Personal Note From the Author

You do not need a complicated list of ingredients to make good food. I created this book with this idea in mind. You’ll learn how to make delicious food that you can cook everyday and tweak according to your tastes. You’ll find versatile recipes that you can easily master. And when you’re done reading, you’ll realize that all it takes is a few tools and a little know-how to make delicious food with minimal ingredients.