I Love You Pumpkin

I’m doing it again, but I think this time he knows. I bought two pumpkins the other day and put them by the front doorway. Hubby noticed them and seemed to like them. Yesterday I bought one more medium sized pumpkin and placed it by the corner of the house. Hubby noticed that one as well, and gave me a side eye look of suspicion. Now comes the tricky part. I want to buy more pumpkins for the front yard, but hubby thinks we have enough. The plan is, I am going to now add the smaller pumpkins I grew, and put them next to the ones I bought. For the next 4 days I will move all the pumpkins around in the front yard. My hope is that he losses track of exactly how many pumpkins I have. On day five I will buy another pumpkin and rearrange the pumpkins yet again. I will repeat this process all through the month of October for as long as I can buy pumpkins at a really cheap price. It’s tedious, but I really love pumpkins. 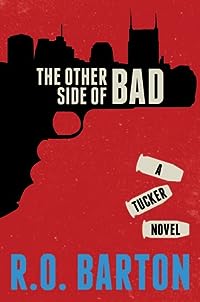 The Other Side of Bad (A Tucker Novels Book 1)
by R.O. Barton

Tucker, a problem-solving gunfighter still reeling from the bloody death of his childhood sweetheart wife, must contend with his survivor’s guilt while dodging bullets in the increasingly violent Music City.

Weeks after Tucker foils an assassination attempt on a client, he’s confronted at his remote country home by men intent on killing him.

Meanwhile, Tucker is forced to relive his secret violent past during an interview with a Nashville billionaire who wants his wife’s “accidental” death investigated.

But, before Tucker can take on a new assignment, he must deal with who wants to kill him and why. 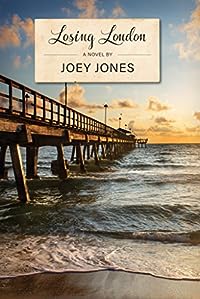 When cancer took the life of Mitch Quinn’s soulmate, London Adams, he never imagined that one year later her sister, Harper, whom he had never met before, would show up in Emerald Isle, NC. Until this point, his only reason to live, a five-year-old cancer survivor named Hannah, was his closest tie to London.

Harper, recently divorced, never imagined that work — a research project on recent shark attacks — and an unexpected package from London would take her back to the island town where her family had vacationed in her youth. Upon her arrival, she meets and is instantly swept off her feet by a local with a hidden connection that eventually causes her to question the boundaries of love.

As Mitch’s and Harper’s lives intertwine, they discover secrets that should have never happened. If either had known that losing London would have connected their lives in the way that it did, they might have chosen different paths. 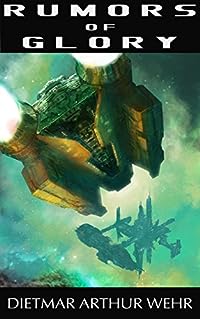 Humanity has colonized over 500 planets under the not always benevolent administration of the Federation of Planetary States via the FED Army and Navy. Long standing grievances over economic exploitation by Earth-based companies has grown into a full scale rebellion and attempted secession by many of the more successful colonies. The Rebels believe a peaceful separation is possible. The FEDs believe an easy and swift military resolution is available. Both dreams of glory are shattered by the reality of a civil war that is rapidly escalating in scope and violence.

You’ll see Grand Strategy planned at the highest levels plus the execution of those plans by the men and women who will do the fighting and dying. 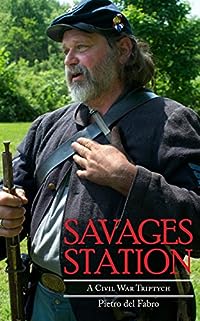 Savages Station takes the reader on an unexpected journey through the turbulent world of the American Civil War. The book, based on original primary research, weaves a pathway through some of the most riveting events of the war. Savages Station follows three stories that move back and forth between Civil War times and present-day America, opening up little-known aspects of the conflict and revealing new viewpoints into the major and minor characters of the era. The novel reminds us how much the Civil War remains an indelible part of our lives and reveals how many of our modern conflicts flow out of the war’s events. 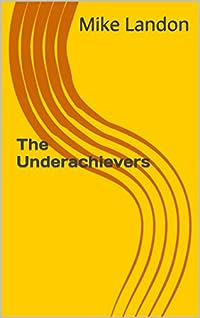 The Underachievers
by Mike Landon

Why is Roscoe Rooney hitch-hiking out of Chicago on a sunny summer morning? As an ex-Big League baseball star, you’d think he would have the world in the palm of his hand. But his glory years are long gone, and he’s using that hand now to thumb a ride, hoping to leave the bill collectors and ex-wives in a rear view mirror. “The Underachievers” is a novel with heart and humor, a road trip away from the wreckage of what should have been. Along the way, Roscoe finds himself mentoring two young college grads who have thrown away their secure lives in Chicago to head west. And when one of them meets the enchanting young woman of his dreams, the story takes a change of course into the fabric of the Midwest. Twists and turns abound in this thoroughly enjoyable tale which features a frustrated Chicago crime boss, a baseball super-agent, a female martial artist, and the rodeo world of saddle-bronc riding. Weaving it all together is the upbeat Roscoe Rooney, who never loses his sense of humor no matter how far his fortunes have fallen, and who eventually finds redemption in unexpected places.