Usually in the evening times you will find my hubby relaxing on the couch watching his programs and snuggling little Junebug. She is so small she fits perfectly under his chin. Last night I decided it was my turn to have her in my lap while I was hiding out in the back room watching Game of Thrones. I have to hide because that show is so violent that I can’t risk my baby bassets catching even one glimpse of it and ruining their childhood forever. SERIOUSLY!! So many naked people and so much death..ewww. Still can’t tell if I like the show or not. Anywho… with Junebug on my lap I got about five minutes into the gory show and noticed little Junebug was watching it. She had a worried look on her face. Truth be told, she always has a worried look on her face, but I think she was actually watching the TV. Well this won’t do at all. She is way too young to see such a program. She would have nightmares for sure and her puppyhood would be ruined forever. I sent her back to hubby to watch normal shows with him. There I was, alone again with all the violence, and no puppy to make me feel better. 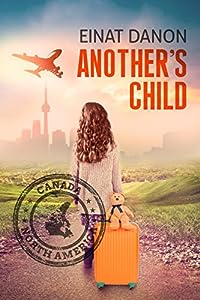 Imagine inheriting a child that you don’t even know!

One morning, Yael and Arik Katz are startled by a surprise inheritance: Noa, the ten-year-old daughter of Canadian friends with whom they had made a long-forgotten will-exchange agreement, is delivered to their doorstep with no warning. Why did her parents decide that she should grow up with acquaintances rather than family? How do you raise a girl you do not even know?

Secrets and lies are revealed and everything starts to get complicated

Noa does not find her place in Israel. Yael takes her back to Toronto to look for a more suitable adoptive home. The search reveals answers to questions that have not even been asked about parenthood, marital relations, love, one’s home, and the fragility of life.

Can life ever be the same again?

As Yael delves into Noa’s past to better understand her, she discovers some unflattering things about her own partner and that the connection between her family and Noa is deeper than it had seemed. These shocking revelations leave Yael with a serious dilemma about her own family relationships. 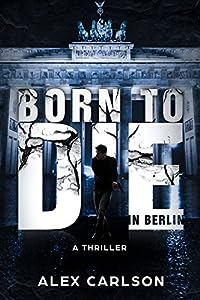 Born to Die in Berlin: A Thriller
by Alex Carlson

He was the best CIA operative in Berlin. Today, a year after he left the Agency following the brutal murder of his station chief, all Rhys Adler wants is to be left alone in the city he can’t tear himself away from.

HE LEFT THE CIA, BUT THE AGENCY WANTS HIM BACK

The new station chief lures him back into service with the promise that stopping a developing terrorist plot might provide the key to solving his former boss’ murder and bringing the killers to justice.

Complicating Rhys’ return is the new American ambassador in Berlin, who is either treasonously ambitious or quite simply an idiot. Rhys can’t figure him out, nor does he want to, but the ambassador’s actions require Rhys’ intervention and questions emerge about the ambassador’s connection to the plot that Rhys is trying to prevent.

A GRIPPING CONSPIRACY THRILLER FULL OF SUSPENSE AND TWISTS

The stakes rise when the local threat proves to have geopolitical implications. As Rhys races through the gritty streets and colorful neighborhoods of Berlin, he realizes that nothing is as it seems, making it difficult to decide what his priorities are and where his loyalties lie. 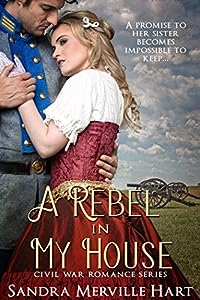 Sarah Hubbard makes her living as a seamstress in her solitary home beside Willoughby Run, a creek near Gettysburg. Her loyalties are firmly on the side of the North so when Confederate soldier, Jesse Mitchell, seeks refuge at her home she cautiously agrees to help him.

Jesse promised his sister-in-law to bring her husband, Jonas, home safely. With all the death he’s witnessed fighting for “The Cause,” protecting Jonas has become a matter of honor. He is prepared to die for his brother and his country. He appreciates his luck in finding a caring woman behind enemy lines.

When Union soldiers spill onto their property, Sarah’s compassionate decision to conceal Jesse’s presence in her home leads to more hardships than she can imagine.

More than borders separate the couple. Can a Southern soldier and a Northern seamstress overcome the bitterness of loss and find the love amidst the horrors of war? 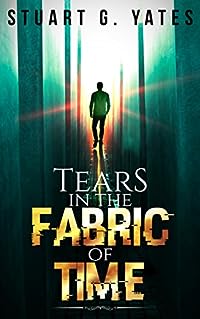 Tears in the Fabric of Time
by Stuart G. Yates, Tonya Blust

Inspector ‘Tiny’ Tears is ready for retirement when the most unusual case lands on his desk. A young girl sits in the interview room while the uniformed man who followed her lies dead.

After the girl escapes from custody, Tears pursues her and steps into a world that is similar to ours, but shockingly different in several ways. They soon learn of a mysterious group called the Silencers, and the Transference Engine which has irreparably damaged the fabric of space and time.

As the anomalies get stronger, Tiny and Ana form a grudging bond and set on a quest to find a way to undo the catastrophe before the Silencers invade our world. 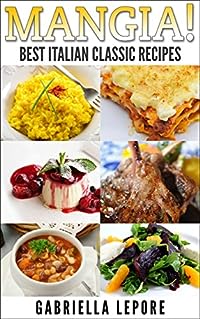 The authentic taste of Italy at home!

Cook like a real Italian! Impress your family and friends with these Restaurant-style Classic Italian recipes. Not only are these recipes easy to make, they are the real thing!

What makes Italian cuisine so good is the simplicity of it all. It can be summarized by using fresh quality ingredients, a perfect mix of flavors and time-tested by generation after generation recipes.