Today is going to be the most awesomest day of awesomest days ever! YUP YUP!!! Today my partner in crime Rachael and I are going robbing! We are getting suited up and we are collecting honey! LIQUID GOLD!!! With all the depressing events that have been happening here in Sonoma County, it is nice that something so exciting and wonderful is happening today. It feels like we have waited five years for this, but I think it has only been a year and a half since we bought our first bee colony. We are expecting about thirty pounds or so of honey. Today we are collecting the frames, and on Thursday we will extract the honey from the comb. We rented the equipment, and I was really surprised that it was only $25 to do so. That was a refreshing change, since most of the bee keeping hobby seems a bit pricey. 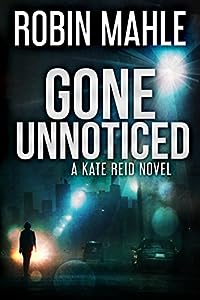 What doesn’t kill us…

Kate Reid has stared down pain and death and come through the other side. Now, with renewed determination, her only desire is to succeed in the unrelenting FBI training program at Quantico. She soon discovers this path won’t be an easy one. And when her friend and mentor, Special Agent Nick Scarborough, brings Kate in on an assignment, it only adds to the pressure.

The case involving the widespread disappearance of young immigrant women, already invisible to most, is looking more like human trafficking.

The deeper Kate delves into the investigation, the more she begins to identify with the victims — their desire to start a new life is similar to her own. Only their paths deviate into a dark and sadistic world. A path she knows too well.

The sorrow Kate believed was behind her begins to resurface as the case unfolds and the losses catch up with her. But when her training suffers as a result of her pursuit for justice, will Kate lose all hope of renewing a life that has already robbed her of so much? 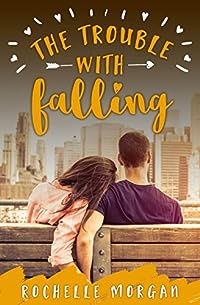 The girl who’s sworn off love finds herself falling for not one but two guys in this feel-good, coming-of-age romance.
– – –
After the heart-shattering ending of her first serious relationship, eighteen-year-old Sophie has sworn off love. Now that school is behind her, she plans to travel the world and form as few attachments as possible. The only exception: Lex, the artist on the other end of the Internet who chats to her almost every day. A guy she can never lose–since she doesn’t actually have him to begin with.

Sophie’s plan can start as soon as she’s faked her way through her sister’s wedding. Pretending to be happy and excited for the next week or two should be easy, right? But that was before Caleb walked onto the scene… Best man to Sophie’s almost-brother-in-law, Caleb is infuriatingly friendly and determined to get a real smile out of Sophie. Forced together through dance classes and wedding-related disasters, Sophie is determined not to like him. And terrified when she ends up failing.

Then Lex suggests he and Sophie should meet, and all Sophie’s careful plans for the future begin to unravel. Now the girl who was never meant to fall for anyone must figure out what to do with the two guys tugging at her heart.

The Trouble with Falling is a sweet, clean contemporary romance that can be read as a standalone novel. 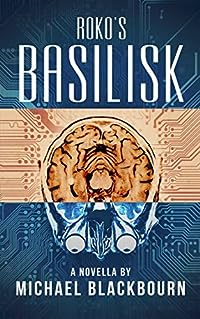 Civilization is poised on the edge of technological collapse. Thomas Kirby, employed at a floundering company endures life on the brink, plagued by recurring nightmares and the fear of losing his job. He wants nothing more than to provide for his family and bring some stability into their lives.

Salvation seems to be at hand. His friend Roko Kasun, an artificial-intelligence researcher, shares a world-shattering secret. He’s on the cusp of launching a super-intelligent AI – a guardian-angel that promises to usher in a new world order. But only after Thomas teams up with his ambitious friend does Roko reveal the catch: his preparations to summon this god-like savior have not gone unnoticed. Roko has drawn the gaze of the Basilisk – a shadowy power capable of ensuring, or extinguishing humanity’s only chance at survival.

To unravel the threat Thomas will question everything. Is there a connection between Roko and the Basilisk, or can Roko be trusted to control the future? If Roko is lying, Thomas is the only one who can stop him. But if Roko is telling the truth, Thomas must show the courage to assist him in the most important act ever taken in human history. 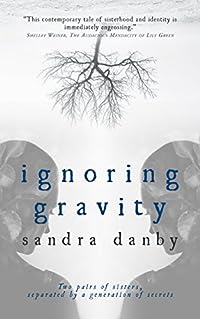 DOES YOUR FAMILY HAVE SECRETS? REALLY? ARE YOU SURE?

IGNORING GRAVITY, the debut novel by Yorkshire author Sandra Danby, is a compelling story about an ordinary family with a secret. Rose is adopted and doesn’t know it. The day she finds her mother’s hidden diary is the day she starts to search for who she really is.

A story about identity, adoption, family mystery and ultimately of love, IGNORING GRAVITY connects two pairs of sisters separated by a generation of secrets. As Rose untangles the truth from the lies, she begins to understand why she has always felt so different from her sister Lily. 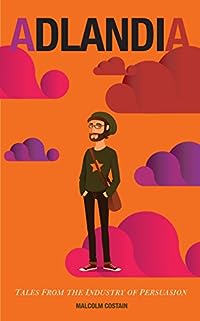 ADLANDIA: Tales From The Industry Of Persuasion
by Malcolm Costain

MAD MEN. DRIVEN WOMEN. WHAT COULD GO WRONG?
In the high-powered world of the big advertising agencies, success requires three things: talent, ambition and an ability to be creative under intense pressure.

A test of anyone’s character and sanity.

Into this stressed-out world go wide-eyed art directors, copywriters and account executives dreaming of casting their creativity large–on billboards, television and the glowing screens of a billion smart phones.

Will they survive or will they be casualties of advertising’s famous warning: ‘You’re only as good as your last ad’?

Welcome to life in ADLANDIA as seen through ten unputdownable stories of the people who live and breathe the business of making ads.

Here are just a few of the cast and their excruciating predicaments.

The email she wishes she never sent
Leona Lee is an ambitious account director with a hot temper. When she accidentally sends a major client a horribly abusive email, her world is turned upside down. Against the odds, she must save the situation before her career is ruined along with the careers of thousands of her colleagues. Can you recall an email you just sent? It’s the biggest question Leona will ever ask?

If I do a good deed, will karma give me a killer idea, like now?
Andrew Blazevic is a copywriter devastated by the sudden loss of his creativity. With a do-or-die meeting looming and nothing in his notebook, he will do anything for a big idea. But instead of begging, borrowing or stealing, he deploys ‘the karma tactic’ in a bid to coax the powers of the universe into saving him. To his astonishment, they respond, but in a way he could never imagine.

She bargained with evil for the sake of a poster design
Sherylin Faye is a designer on the verge of a breakdown. She’s so obsessed with achieving perfection that she is harming her career prospects. When a mysterious voice whispers to her from one of her posters, she also fears she is losing her mind. Turns out, the situation is much worse than she imagines. Sherylin soon finds herself in a faustian pact with dark and mysterious forces that hold consequences way beyond the loss of her job.

Hey, Bill Bernbach, I have this cool idea for the VW Beetle
Darrin Stevens is a struggling copywriter from the year 2159. He can’t land a job because he is unable to come up with a ‘killer idea’ to impress potential employers. When he meets Ariana, a researcher into deep mediative states, she offers him the chance to find one. With Ariana’s help, Darrin travels back in time to the Mad Men days of 1959. There, a killer idea is his for the taking. It just happens to be the most famous idea in advertising folklore.

These and other stories could only happen in ADLANDIA.

If you love advertising, or loathe it, if you work in the business, or are curious about it, or you crave gripping stories with a touch of fantasy, you’ll love the characters and the strangeness of life in ADLANDIA.